Listening Out – Mental Health in the Spotlight 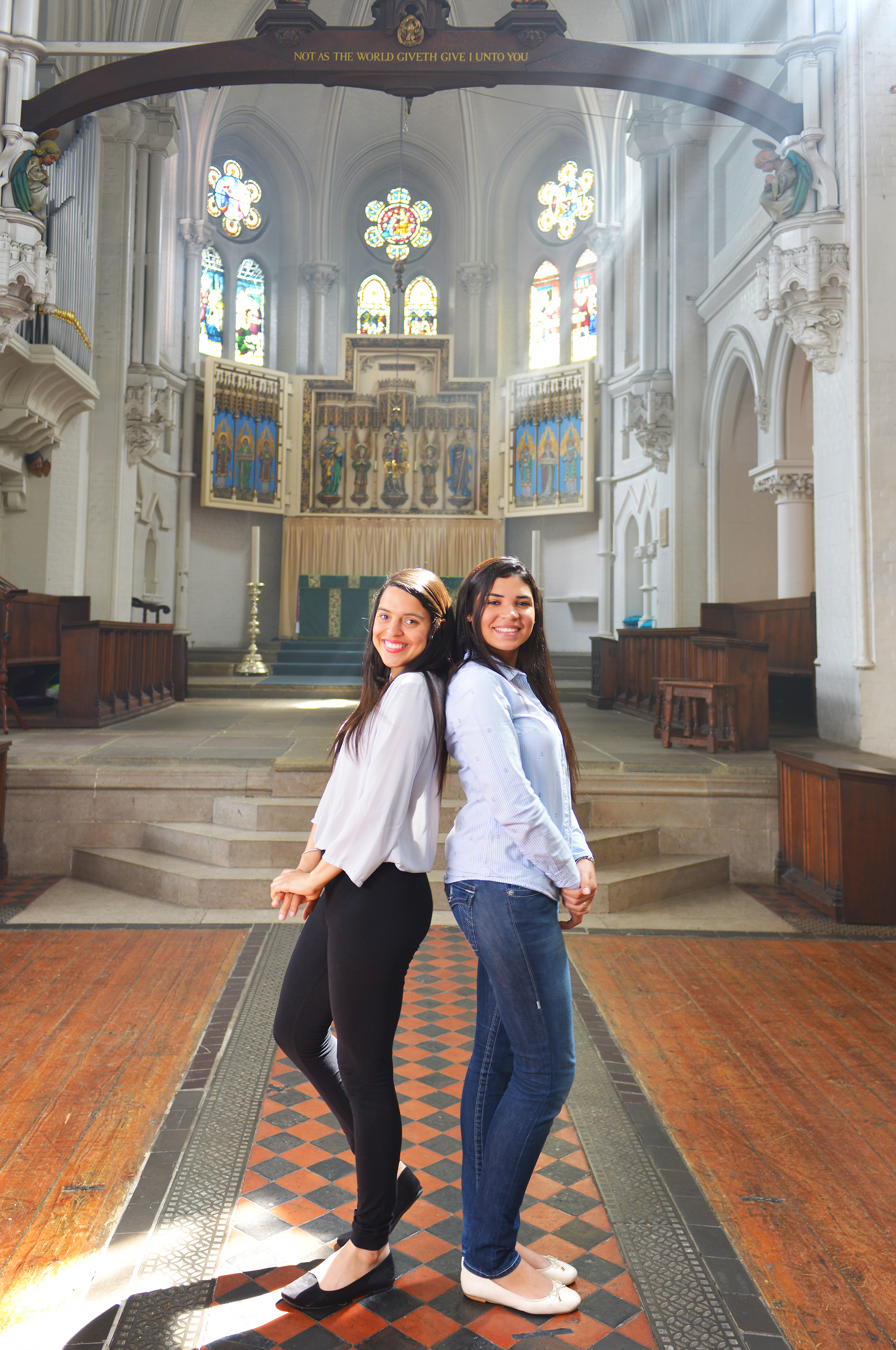 Mental health is in the spotlight at St Mary’s, Primrose Hill.

The aims of the project are to cultivate awareness of mental health; broaden understanding of what mental health is; offer care for the well-being of the congregation; support elderly people; reduce stigma; and diminish loneliness.

Liunis Tapia, 25, and Natalia Guzman, 23, both from Santa Domingo in the Dominican Republic and with scholarships in Applied Clinical Health Psychology at Middlesex University, applied for roles with the project. They discovered a wonderful community which treated them like part of the congregation.

The pair began by building rapport and speaking at a few of the church services.

“We made a lot of visits getting to know people. We see our role as caring for the mental well-being of the church,” Natalia said. “We’re not offering counselling, or

psychotherapy, but we’re interested in how much the church reaches out to mental health.”

Liunis agreed: “We take time getting to know people. Once they see us as human and able to relate to them, they’ll open up.” All the same, it wasn’t easy to get past people’s wariness and defences in the beginning.

Natalia explains that most people with mental illness are already being cared for. They’ve met people who want to know how to help someone else and those who want more information, having experienced something similar themselves. The situations are varied, as anyone can be sad, lonely or have too many responsibilities. They might have family problems or be caring for someone else and finding the demands too much.

“Many people are caring for someone with depression, anxiety or someone who’s lonely, and they’ll see what we can do to help. By listening, we give them a way to vent their emotions.”

More people are coming along to the monthly get-togethers which they arrange. They began in April by screening a film called The Blind Side, in which a child from a harsh

neighbourhood is adopted and thrives in new circumstances.

They held a yoga night with YouTube clips after two teachers cancelled but found people ready to try yoga as a way in, and meditation with a mindfulness trainer who works with the NHS, followed by a Q & A with psychotherapist Denise Reeves – Let’s Talk Mental Health.

In February, they met with children and parents at St Paul’s Sunday School during Children’s Mental Health Week. They found that parents were very interested in what they could offer to children. Since then, they’ve planned activities on recognising emotions for interested parents and Sunday School teachers.

Luinis sums up the skills she’s gained at St Mary’s: “Listening, listening properly without distraction; and learning through language what people might need and how to approach them.”

Natalia adds: “It’s surprising how much more common this problem is than I’d expect. People come to church and smile and everything appears okay, but things can be different.” She compares what’s available in London with mental health services in the Dominican Republic, which are so expensive that people don’t get treated. “Seeing the help available anywhere here, either online or through a GP, is heartening.”

They will report their findings and suggestions to Camden Council, sharing the opinions of the public on how mental health services work in London. Natalia believes that the high demand indicates that services aren’t always available immediately, but once in place the standard is good.

Natalia reflects about her experience: “The most courageous approach us, and there may be others. It’s hard to know the actual need, but there is a lot of demand. I’ve met many people who’ve been through depression, and maybe the need is bigger than we know, even now, and it takes time for someone to talk about it.”

“It’s the actual importance of asking people how they are, how their day is going,” said Liunis. They’re both certain that people talking to each other will be important for the future, and that having someone to talk to changes everything. They hope that volunteers from within the church will keep the work running when they both return to Santa Domingo this month.