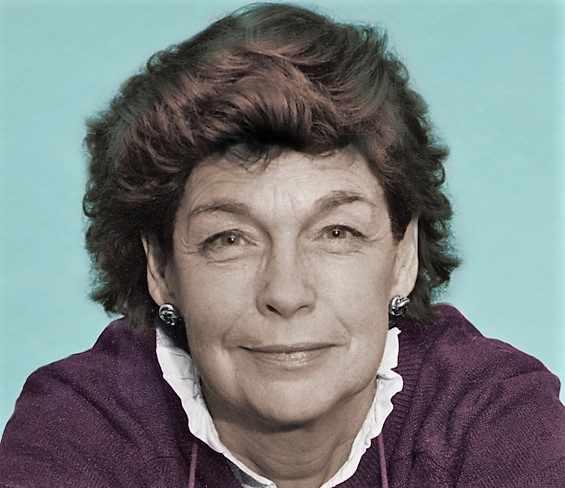 “I’ve been incredibly lucky with a marriage to the right man, two super sons and really agreeable work,” says Katharine Whitehorn over coffee in her Primrose Hill home. We’re talking about her time on Picture Post, Paris Match and Life in the 1950s. She claims she learned it all at Picture Post, where she first met Gavin Lyall, who became both her husband and a thriller writer.

“Picture Post was marvellous. I’d be asked by the editor to interview somebody. It might be anyone or anything,” she says. “The theory was you could do anything if you asked the right questions. It was good for a beginner, because the photographer went with you. You always had someone who knew about things to tell you what you could get away with.”

Picture Post offered her a start in fashion, although it was a long time before they let her into the Paris fashion shows. Much later, she had great fun doing clothes for the Observer. By then, she believes she had sufficient experience to make a go of it because of the earlier work at Picture Post. “For years, I did everything on offer. I had a long stretch where I pretty well did anything,” Katharine explains of a prominent career in journalism. A memoir, Selective Memory, described her time on Picture Post, Paris Match, Life and Woman’s Own, after which she began a humour column in the Spectator. Throughout the 1960s, she bridged serious and women’s writing at both the Spectator and the Observer.

After becoming Women’s Editor at the Observer, she did the clothes once again before swapping to the serious side. “I remember liking it very much indeed,” she says. “It was still great fun to do the serious stuff. The things I wrote about were usually the things I was interested in. People you were with knew what you were talking about.”

At that point, a lot of journalists did the odd extra thing. I did it, I liked it but it wasn’t important to me. Basically, I’ve always been a writer.

Although she took part in TV and radio programmes, like Any Questions, the Eamonn Andrews Show and Call My Bluff, Katharine doesn’t consider broadcasting ranks high among her achievements. “At that point, a lot of journalists did the odd extra thing. I did it, I liked it but it wasn’t important to me. Basically, I’ve always been a writer. Of course, by then I was with Gavin,” she continues. “I was well-known among some people, those who read magazines and papers. Plenty of people knew Gavin. He wanted me to do what I wanted to do. He read everything I wrote.” 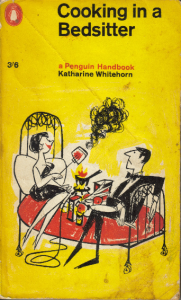 By the 1960s, many Londoners lived in bedsitters and a publisher had an idea for that market. First published in 1961, Cooking in a Bedsitter became a classic handbook of quick, simple meals for those in rented rooms. Lines like ‘cooking at ground level, in a hurry, with nowhere to put the salad but the washing-up bowl, which is in any case full of socks’ retained the humour of her Spectator column. Cooking in a Bedsitter was in print for the next forty years as a survival manual for busy people in need of a guide to eating. A series of survival mini-books followed, including How to Survive in Hospital, How to Survive Children and How to Survive Your Money Problems.

Today, Katharine views the survival books as an extension of her journalism. She wrote most of them on a boat lent to Katharine and Gavin by their friends, the best-selling crime writer Dick Francis and his wife Mary.

“If you ask me when I was happiest, it was on a boat on the Thames with Gavin,” Katharine says. “At first Dick and Mary lent us theirs, and then we got our own. We’d sleep on board and stop occasionally. I could do anything I wanted on the boat, including writing.” Ultimately, they got too old for it, but briefly before Gavin died they lived on dry land nearby in a cottage.

“I’ve had a fairly full life,” she adds. “I had a hell of a lot of chances to do one thing and another.”