A Retelling of Hansel and Gretel in Dance 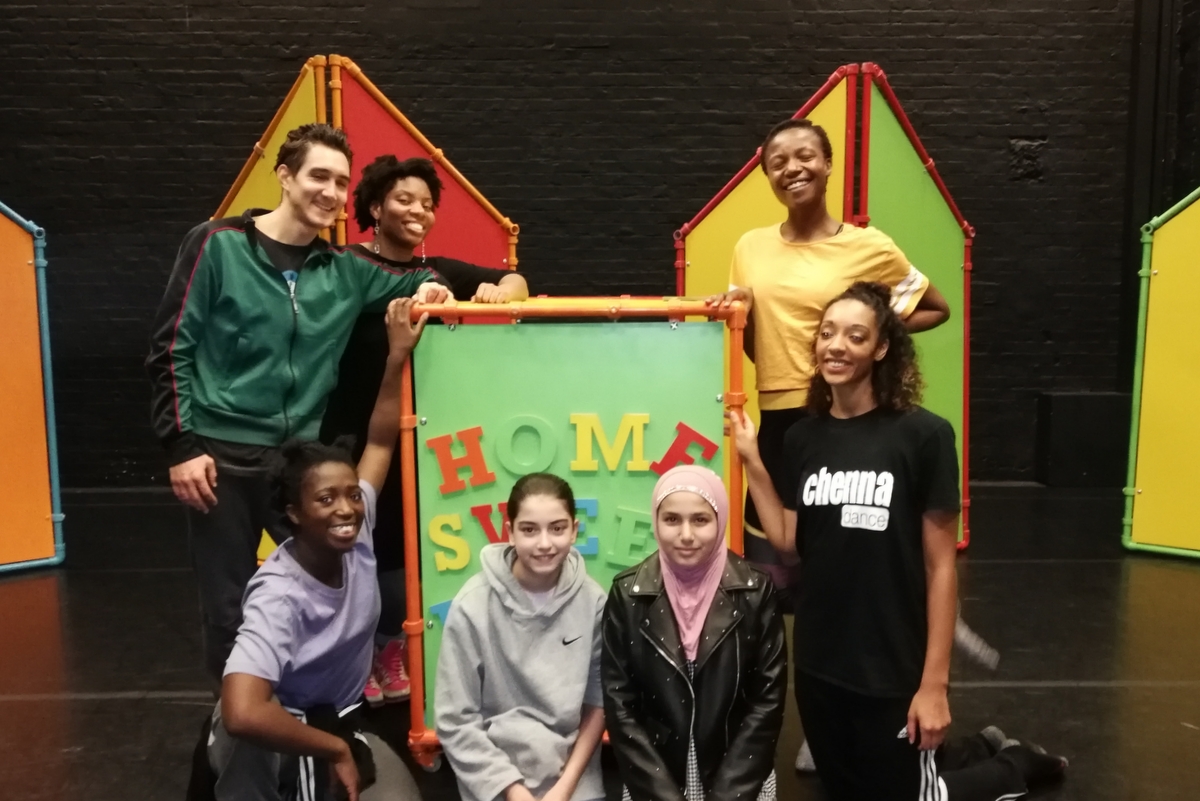 Vicki Igbokwe is the choreographer and founder of Uchenna Dance. Vicki’s parents are barristers who specialise in aspects of the law. Vicki could have been a barrister too. When Vicki’s mum found out that Vicki wanted to be a director she went mad, but her daughter was very determined. We are glad that Vicki did become a director because Uchenna’s Hansel and Gretel is amazing, mysterious and cheeky, and we loved it!

In Vicki’s version of Hansel and Gretel, she takes the original fairytale and brings it into the twenty-first century with a combination of dance styles from contemporary to African. Her aim was to portray her main characters the way she thought of them when she was a little girl: brave, tenacious, courageous and resourceful. In addition, she transformed her characters by adding an extra layer to the production and giving them a chance to use their imaginations to get out of very tricky life situations!

When we went to interview the performers, they sat on the stage, stretching their legs and pointing their feet. They had a second performance that day and needed to warm up. It must get very tiring for dancers.

Our first question was about choreography. Choreographing is very difficult, and Vicki has a director’s assistant to give her a fresh pair of eyes. We asked if the choreography always stays the same, to which Vicki replied that just the other day they made changes to a scene because it was so complex.

We then asked about touring, as Hansel and Gretel is about to go on tour. Marc Stevenson, who plays Hansel, told us that touring is very long and tiring.“You travel in a van and get to know things about everybody that you wouldn’t normally know!”

The dancers told us they like touring because they really get to work as a company and not just as individual dancers. We could see that having friends by your side might help with homesickness.

As we watched the production, at the beginning we were a little confused because the first scene is in Africa and the show was slow-paced. But later on into the show, when Hansel and Gretel travelled back to their friends, we started to understand. The pace picked up and by the end we were really involved in the story.

We would like to thank everyone at the Uchenna and The Place. Hansel and Gretel is showing at the Albany Deptford on 28 April: www.thealbany.org.uk/shows/hansel-gretel