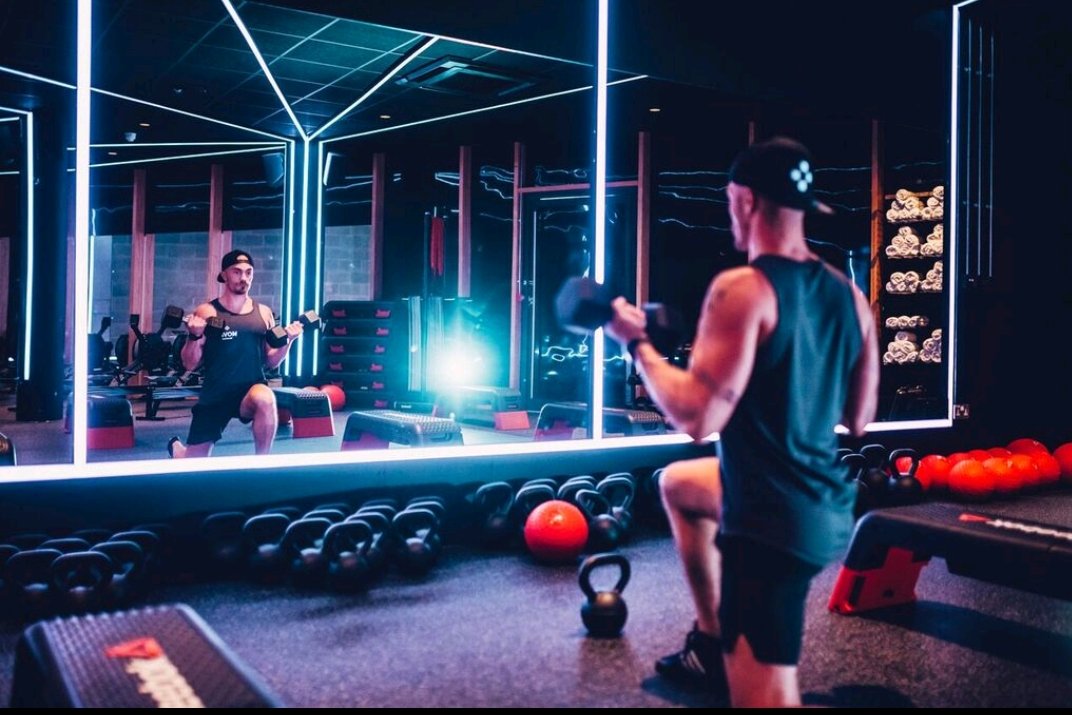 Boxing creates extra-fit athletes, as they have to be coordinated, strong and fast. Craig Eleftheriou, co-founder of MOVIN london, always wanted to be a boxer as a child. Craig grew up in South End Green, a pupil at Gospel Oak Primary School. He was only ten when he started training at St Pancras Boxing Club; his older brother Brett had already taken up the sport and thought that Craig, who was getting into stuff at school, might benefit.

Craig developed a love of fitness which lasted him all through school. He moved on to William Ellis school, and while his friends experimented with weed, Craig hung out at the gym, gaining the nickname ‘The Chest’ from his friends. After a day at school he would head down to the boxing club.

After leaving school he worked in a garage repairing Jaguar cars, but he still boxed when he could. Then a couple of his friends from South End Green became personal trainers, and Craig realised that there was good money to be made pursuing what he enjoyed most, so he decided to try his hand at working in the fitness industry. His nan gave him the money for training, and Craig got his qualifications.

“It’s a good release of aggression. When you’re sparring, you’re learning from each other; there’s a discipline.”

He started out at Laboratory in Mill Hill, followed by Esporta at the O2 Centre. At Esporta, he worked hard to establish himself, sometimes doing 12-hour days. At night he’d party, having the time of his life. But he began to feel something going wrong: he suffered from tiredness and fatigue and had to cancel clients. After six months of this, Craig was diagnosed with multiple sclerosis (MS). He became blind in his left eye and the left side of his body shut down. It was a big kick in the teeth for him. And yet he managed to gain full recovery at that point, though he will always remember having to piece himself together.

As well as finding out what this new body was capable of, Craig had to learn which foods now worked for him and which didn’t. He had to rest more, cut his hours down and provide himself with some ‘me time’.

Before the MS struck, Craig was aware that something was guiding him away from boxing. His brother Brett was now Southern Area Champion, Craig still training at his side. Yet somehow there was always something preventing a fight. He would dislocate a shoulder, or fights would be cancelled. Craig attributes this to an unseen force that was guiding him away from boxing and getting knocked about.

Craig then moved to Spring Health in Belsize Park, and it was here that he found his feet and worked out where he was with his MS. He has always been open with clients. Nowadays Craig has people all over the world following him and asking how he’s dealing with his condition.

At Spring Health he started to run a ‘Secret Workout’ where clients booked into a class not knowing what was going to happen that session. It was there he met Shelly Ran, an Israeli client of his. Over a conversation on the treadmill, Craig told Shelly of his plans for his own gym. At first he just wanted a room with dumb bells, but as they talked, they decided to do it properly and Shelly agreed to become his business partner. As Craig says, “Every trainer dreams of having their own studio and everyone has their own ideas.” Their idea was to get people to train the way boxers are trained: on rowers, bikes and punch bags. The difficulty was to find somewhere where they could include everything in the one room. The idea took three years to plan. Finally they found their ideal space: at the top of Parkway (86 Delancey Street) in a location which had originally been a tyre repair garage.

MOVIN london was launched in November. It’s a pretty cool spot for a work-out, being lit by multi-coloured strip lights which can be altered according to mood. Shelly’s very enthusiastic about it being a community. She loves the stories clients bring and how people help out in various ways.

“It’s a studio, not a gym. It’s not a flat place but it has a heart and spirit. There have been lots of challenges on the way and we have learnt so much. It’s so intense. Business managers are not always necessarily into fitness, but here the owners are here with you, working. There’s a lot of thinking behind everything which goes on in here.”

There are four disciplines involved in the MOVIN london training: rowing, boxing, circuits and riding. Clients work at their own speed and ability, powering the machines themselves. There are spin bikes, rowers, circuit benches and water-filled punch bags or aqua bags, which have low impact on joints because the water absorbs the punches.There are 24 clients in a class, with six at each station. The idea is to keep moving until the end of each round, whatever it takes. Simply slow down if needed, or take a standing 8-count, then back to work. This allows everyone from all ages and fitness levels to join in the fight.

“You’re fighting your own fight; you’ve got to enjoy it. I’m here to get you fit and keep you fit.”