Scars on the Soul – Maya Bogunovic 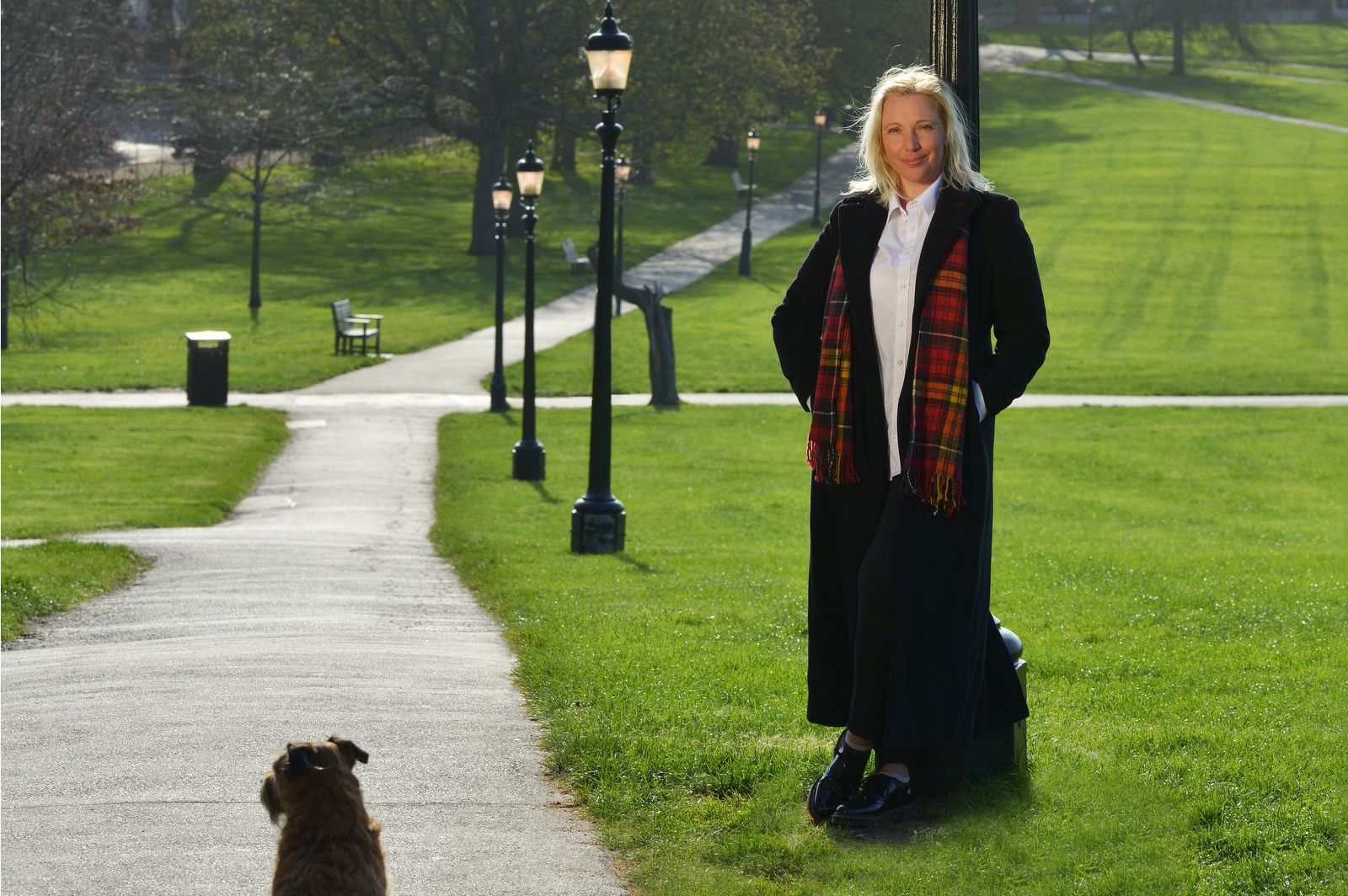 What’s that building down there with all them people?
That’s the Baptist Church.
Are they going to say their prayers?
Nay, lass, that’s the food bank.
Like the Co-op? Are they going to pay in their money?
I doubt it, love. They’re there because they don’t have enough food.

The Chalk Farm Baptist Church is central to the life of Maya Bogunovic. That and music. After all, she works as an administrator at the church, plays her music there and met her husband Siniša through both the church and her music.

“I was born in 1972 in Slovenia, at that time one of the six republics of former Yugoslavia. It was a stable country under Tito, but he died in 1980 when I was eight years old. The country went to pieces, in a political sense, literally. Not straight away. It took ten years. Slovenia was the first to become independent in 1991.”

Maya started to write songs at the age of twelve, and with a friend formed a duo called Way Out. “We wrote and recorded songs, and one of them was broadcast on national radio. When the break-away of Slovenia started in 1991 I was just finishing the equivalent of A Levels. The break-up happened very quickly. It took two weeks. There was some trouble and at one point we had to hide in the cellars. It was all a bit chaotic. All the communications were down. The national radio was only broadcasting music. And then as we were hiding in the cellar I heard my song on the radio. A very surreal moment.”

Maya first came to London when she was 21. She had been brought up in a secular family, was not interested in politics and was immersed in her music and song-writing. “When I came you couldn’t work, so I had to go back home every six months. I came here permanently in 1996 to study in a Christian college, a Bible College. Before I didn’t believe in God and now I did. The Bible was really teaching me the Gospel. In the second year of my studies we started to organise a relief convoy to former Yugoslavia, and this is when I met Siniša. A lot of the churches were collecting clothes and blankets. We acquired a minibus and the two of us made six or seven trips. Each trip lasted two weeks with two days’ driving each way. We had churches there that would collect and distribute to refugees from Croatia and Bosnia.”

In 1999 Maya and Siniša married. They had twin boys and she stopped writing music, although she continued playing guitar and singing in the church worship. “I wasn’t writing then, but five or six years back a friend of mine started a children’s reading app and asked me to do a thirty-second jingle for her. That sparked off my desire to write music again. I would sing my songs to Siniša and he loved them.”

Siniša is a music journalist. He used to work as a broadcaster and had his own radio show, but he is a Serb so he and his family had to flee for their lives from Croatia and came as refugees to the UK. He was well placed to encourage Maya. He also appears to be a dog-walking manager for his wife. It was on the hill that he met Roger Swallow, a musician and producer.

“Siniša asked Roger if he would listen to some of my songs. He really loved them and offered to go to the studio with us to find the sound we needed, how it should be recorded to bring my voice up and bring in the instrumentation. He encouraged me to write more, to develop as a song-writer, to deliver confidently and write more songs. He was a big encourager. He has now moved to LA, but every time he comes here he makes contact.”

Another dog-walking fan is Sharleen Spiteri of Texas, but perhaps the most important contact was through the Baptist Church. “A year back Josh Harris came to our church. He is a producer, a musician, a song-writer. At one time he had his own band. He was a huge influence on me. I wanted to go to a studio and record my songs, just get them out there, and he made it all possible. We started recording songs together. I would play the guitar, the basic structure of the song, and do the vocals. He did all the instrumentation. He would record it with his equipment and his instruments: drums, bass, keyboards, electric guitar. He would produce it. My album is the result of that. I am the singer-songwriter; he is the arranger and producer.

At this point, do break off and listen to the seven dreamy, soulful pop songs on her debut album titled Life Is Beautiful (you can hear songs from it here
https://soundcloud.com/maya-bee46).

What about the lyrics? The titles like ‘Coming Home’ or ‘Tender Mercies’ give an indication of what to expect. There are some powerful images, like ‘scars on the soul’ and ‘I see on the horizon all the faces from the past’; as well as simple statements like ‘I wanna give you my love, you give me strength.’

“It is imagined. It intermingles. We all draw from our experience. There are scars on the soul of each person. Of course there are scars on my soul, but when you put it in a song it takes another form. Obviously you do sometimes feel pain. You regret that some things have happened. On the horizon I see all the faces from the past. I say it, but it is for the listener to interpret it. There’s a picture in my mind, but I don’t want to force it. I hope everybody can say ‘I wanna give you my love, you give me strength.’ In my case everything I do with the person who is beside me helps me to expand myself. Whatever I am or whatever I can do he encourages me to expand, he gives me freedom.”