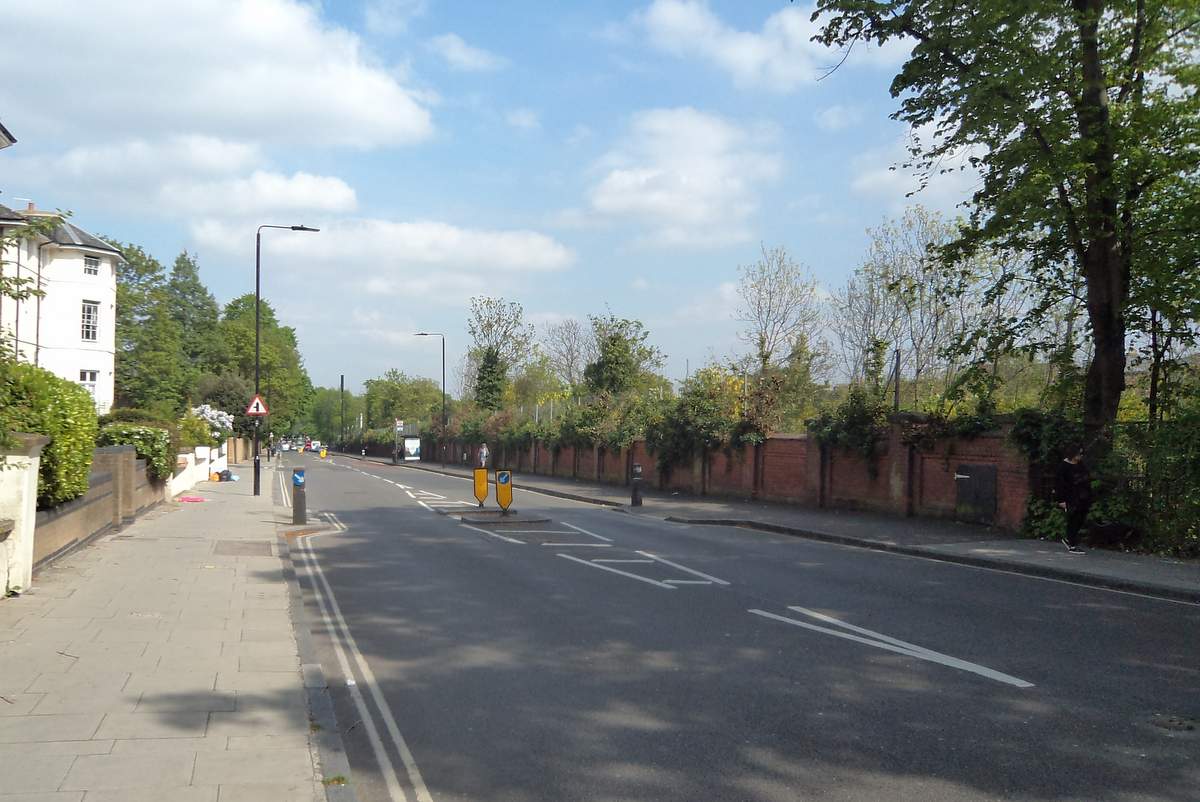 A walk down Adelaide Road in early April would have been shaded by a thick row of mature trees lining the woodland area next to the nature reserve on the railway embankment. The same walk a week later was very different. Network Rail swiftly and with no consultation attached yellow condemned labels on all but two of the mature trees along a stretch of around 250 metres and promptly started to chop them down. The whole operation was started and executed so quickly that people did not have a chance to intervene.

The reasons for this action by Network Rail, who own the land, is that the trees were ‘too near the road and could cause accidents with vehicular traffic, therefore putting pedestrians at risk too’. All trees within 2 metres of the boundary wall were removed. These particular trees were unusual in that while providing a rich arboreal host to many varieties of established ivy and other climbing plants, they were important habitats for birds and insect pollinators like bees, and especially one beetle species which was previously thought to be extinct in the UK until it was rediscovered on Adelaide Road.

Although Network Rail claim that the cull was an exercise in health and safety, it does beg the question whether the trees could have been sensitively trimmed back so as not to interfere with traffic (which is Network Rail’s practice elsewhere). However, delving deeper it is strangely coincidental that the area in question is earmarked for use by HS2 as a construction site compound and ventilation shaft, should the project go ahead. HS2 Ltd have been approached for comment and responded that it is a Network Rail issue.

Unfortunately, the ship has sailed and the trees are gone, but there are still some others left which must be protected.

If you would like to do something active, please contact Councillor Luisa Porrit (Belsize Ward) at Luisa.Porrit@camden.gov.uk or MP Keir Starmer at Keir.Starmer.MP@parliament.uk, and demand that they make efforts to prevent further destruction of this vital green lung.