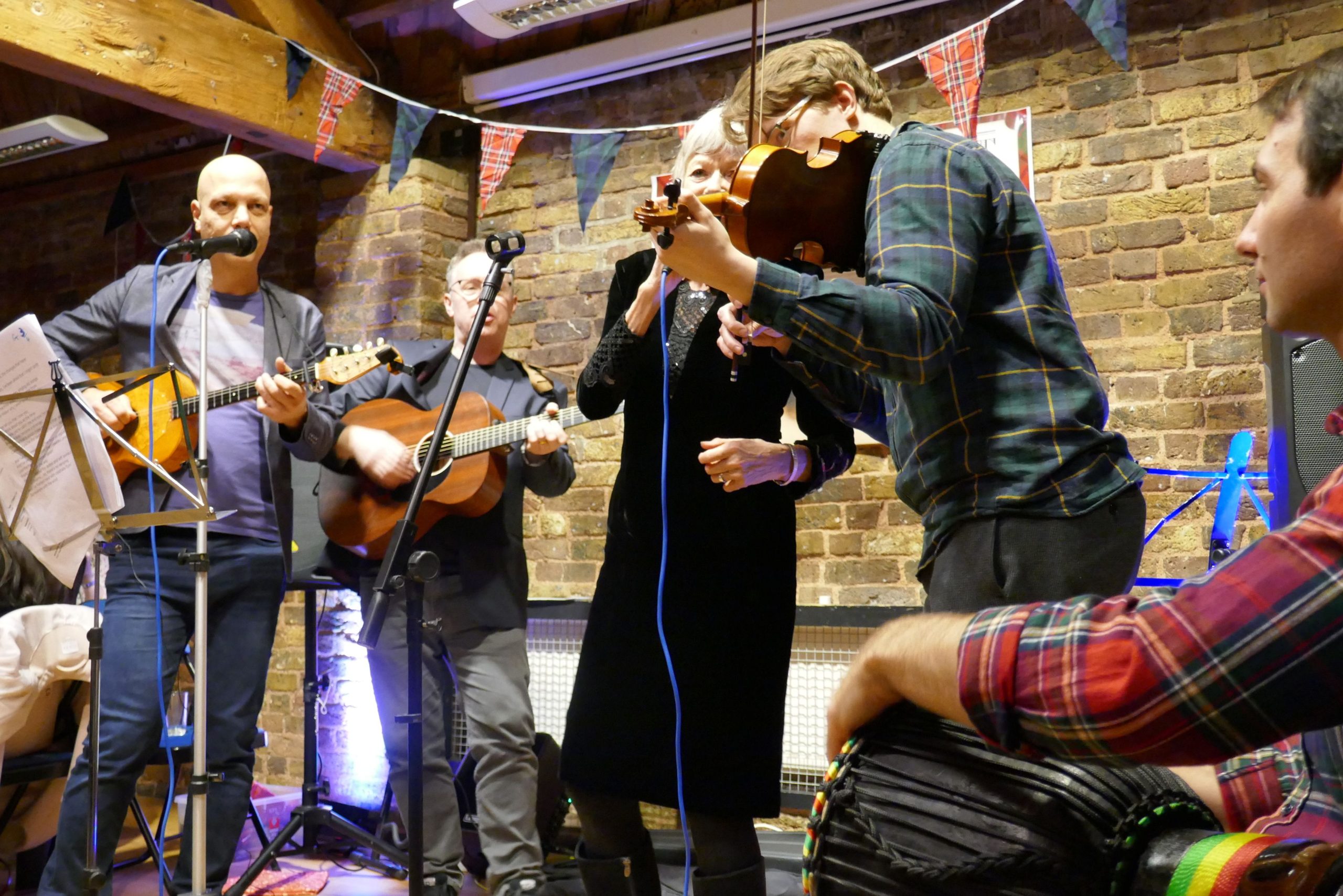 It’s Burns Night again, and this year the celebrations usually held at the Primrose Hill Community Centre will be online. Help is at hand to prepare your own Burns supper by means of a Burns night resources page which will provide recipes: a haggis recipe, haggis pies by post, a haggis, neeps, tatties and whisky sauce recipe by the Hairy Bikers, and a desert recipe for cranachan. Alice Gray has shared her hot toddy recipe to make at home.

The Primrose Hill Community Association has paired up with Sam’s Café to suggest further dining options:

A playlist of Scottish songs and Ceilidh tracks will be provided, and poems to read aloud.

Burns Night marks the birthday of Scotland’s most celebrated poet. Robert Burns was born on 25 January 1759. Many people celebrate his anniversary by attending a Burns supper which consists of the traditional haggis, tatties and neeps, washed down by whisky and accompanied by recitals of Burns’ poetry. The haggis is traditionally brought into the room by a piper. The first recital is usually Immortal Memory which is the main tribute speech to him. As the evening progresses, there’s a Toast to the Lassies and at the end of the night, everyone sings Auld Lang Syne.

For formal Burns suppers, traditional Scottish dress is worn, usually a tartan plaid outfit, but for less formal events a dash of tartan or Harris tweed will suffice.

Robert Burns was the son of a poor tenant farmer whose parents encouraged him to read books by writers such as Shakespeare or Milton. Burns found farm work challenging and increasingly turned to writing poetry. When his father died in 1784, bankrupt and exhausted, it deepened Burns’ view of the corrupt political system which offered no way out of the rigid class hierarchy.

By the time Burns was in his late 20s, he had several illegitimate children through various illicit relationships. He finally married in 1791 and moved to Dumfries, becoming a tax collector by trade. Never a particularly well man, Burns died at the age of 37 and his youngest son, Maxwell, was born on the day of his funeral.

Regarding his poetry, Burns was advised by a friend not to write in the Scottish dialect as people in London wouldn’t understand him. But if anything, after the advice, he stepped up the dialect. A poem traditionally recited on Burns night is Address to a Haggis and it begins with the lines: ‘Fair fa’ your honest, sonsie face, Great Chieftan o’ the Puddin-race!’

Please register to get the zoom link.