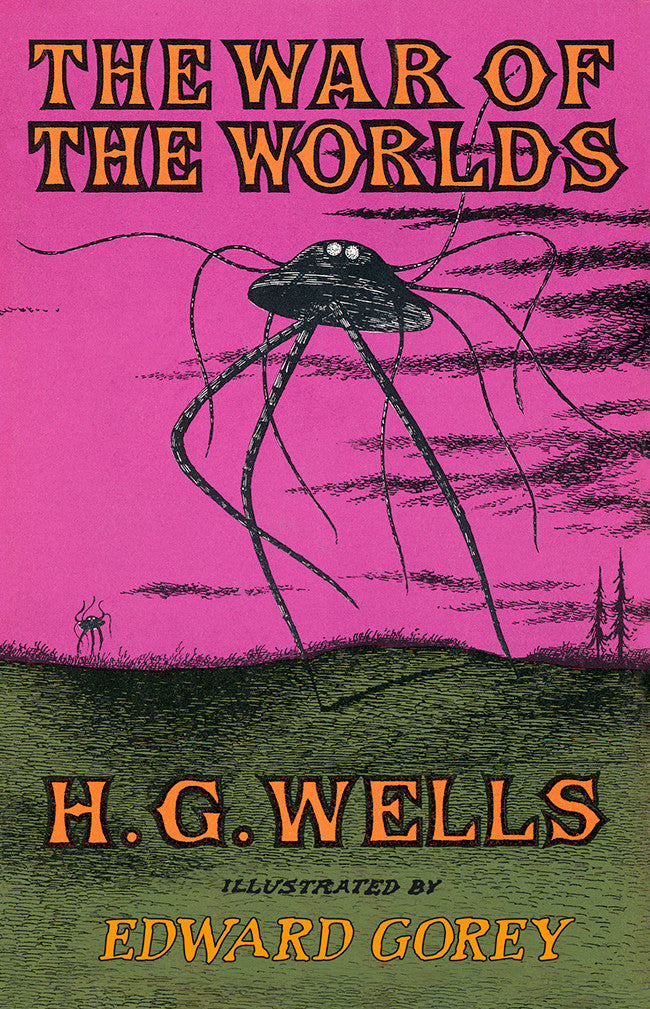 There have been many reports of UFOs in recent history, and Primrose Hill has had its share of them. In 2012, four people reported a mysterious humming noise coming from the hill, which seemed to come from all directions at once.

If this was an alien, it won’t have been the first to visit Primrose Hill. In 1898, HG Wells wrote The War of the Worlds primarily from his home in Woking, but it’s believed he may have started it when he lived in Primrose Hill.

In Wells’ novel The Invisible Man (1897), the hero, Jack Griffin remembers how, the day before he turned invisible, ‘sitting in the sunshine and feeling very ill and strange, on the summit of Primrose Hill.’

In The War of the Worlds (1898) the world is overtaken by Martians and their red weed which chokes life on Earth. Towards the close of the novel, the culmination of the Martian invasion comes to an end when the narrator finds himself in Primrose Hill.

‘Wondering still more at all that I had seen, I pushed on towards Primrose Hill. Far away, through a gap in the trees, I saw a second Martian, as motionless as the first, standing in the park towards the Zoological Gardens, and silent.’

The narrator was then seized by terror and turned back, running towards Kilburn. Before dawn, he plucked up the courage to return, and ‘while the stars were still in the sky, I turned once more towards Regent’s Park. I missed my way among the streets, and presently saw down a long avenue, in the half-light of the early dawn, the curve of Primrose Hill. On the summit, towering up to the fading stars was a third Martian, erect and motionless like the others.’

With a stroke of good fortune for the fictional humans living in Primrose Hill, the Martians succumbed to ‘putrefactive and disease bacteria’ as they had no immunity to our germs and they collapsed to the ground where they stood.

‘At the sound of a cawing overhead, I looked up at the huge fighting machine that would fight no more for ever, at the tattered shreds of flesh that dripped down upon the overturned seats on the summit of Primrose Hill.’

The final words of the saga of Martians invading Primrose Hill come from the narrator standing on the hill, and watching people resume their normal day to day lives again.

‘And strange, too, it is to stand on Primrose Hill, as I did but a day before writing this last chapter, to see the great province of houses, dim and blue through the haze of the smoke and mist, vanishing at last into the vague lower sky, to see people walking to and fro among the flower beds on the hill, to see the sight-seers about the Martian machine that stands there still, to hear the tumult of playing children, and to recall the time when I saw it all bright and clear cut, hard and silent, under the dawn of that last great day . . .