A Hostile Environment – With Sonita Gale 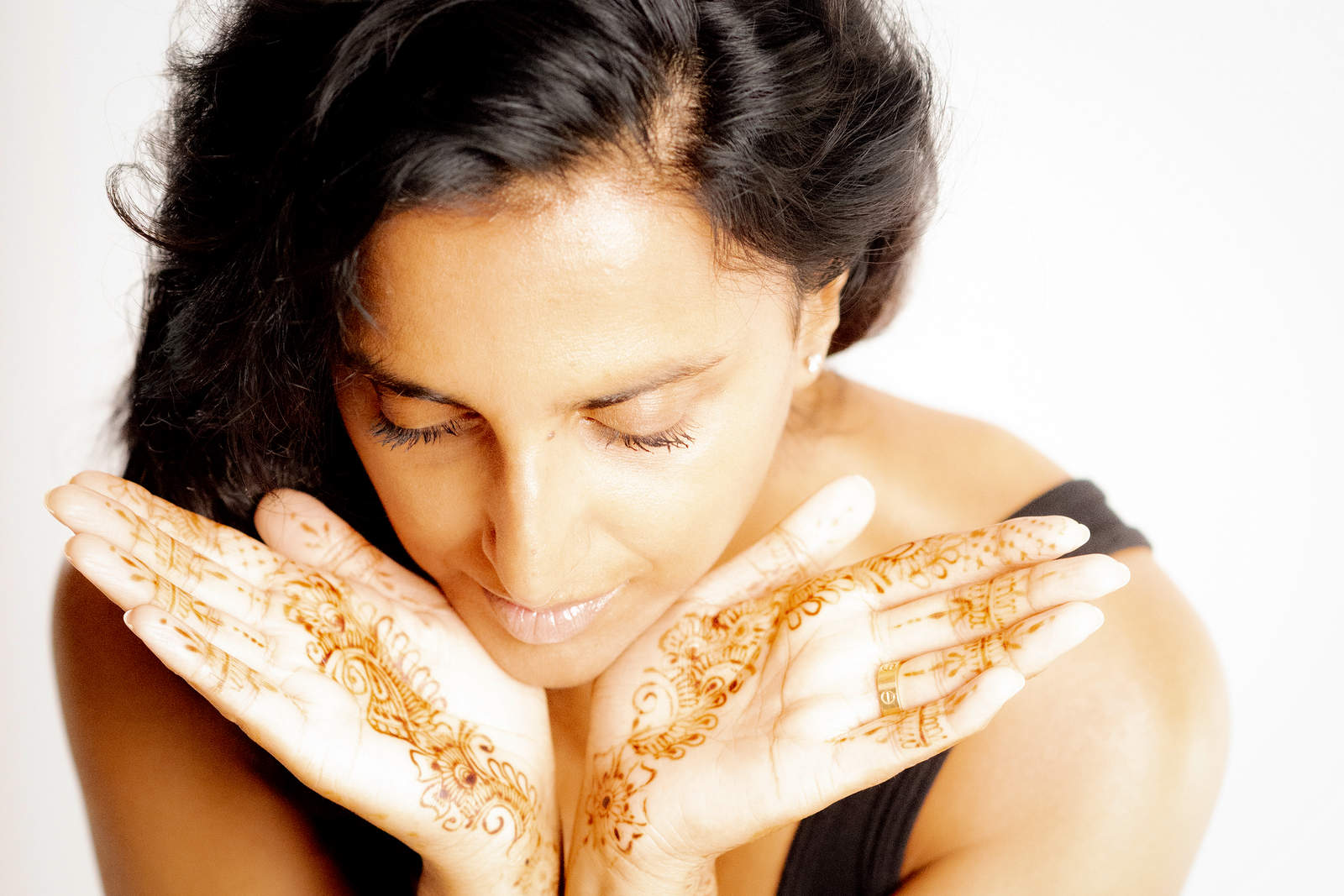 Local resident Sonita Gale is an independent film producer and director. Micael Johnstone spoke to her about life in Primrose Hill and her new documentary, Hostile.

How long have you been in Primrose Hill?

I’ve lived in Primrose Hill for just over 17 years. It’s a place I came to soon after getting married, and I have raised my children here. For me it’s home. It has everything: a great community, parks, brilliant local amenities, and the Library and Community Centre. I try to support local organisations and involve myself in the community as much as I can. The recent Jubilee celebrations really brought people together, and it was good to have this sense of communal gathering after the rollercoaster of the last two years.

What are your favourite local places to hang out?

Greenberry Cafe is always a hit because it has vegan options. I love the staff and the friendly atmosphere there. I’m also a big fan of Sam’s Cafe ‒ they serve incredible all-day breakfasts. And Michael Nadra is such a lovely person, how can I not love his food!

How did you get into making films?

I started off in the film industry as a producer, and my first documentary was about the Scottish industrialist and philanthropist Andrew Carnegie. In 2005 I went to Scotland and saw a painting of him. I was immediately struck by his story, and the period in which he lived. He was a steel baron who became the first philanthropist of the modern era; he was also a very controversial figure, loved by some and disliked by others. I wanted to convey his story, and that gave me the catalyst to make films. I eventually started my production company, Galeforce Films, in 2011.

I love producing and organising and being a support to the talent I am working with. Before I started working in film full-time, I was a headhunter. And I think that experience of being able to see the potential in others and identify who has the right skills for the right job has served me well in building teams and executing projects.

Tell us about Hostile and what inspired you to make the film.

It was during the pandemic when some of my productions were put on hold that I started to consider stories that I wanted to tell as a director. I saw the rising number of people who were unable to get their basic needs of food and shelter met. This made me think of my childhood growing up in the Midlands with Sikh parents, and the support network we had amongst our mixed community in Wolverhampton. My father’s corner shop was the hub of this community.

Hostile is a film about migrant communities and belonging which, coming from a migrant family, is something I have thought a lot about. I was inspired to make the film when looking at how migrant communities were participating in the wonderful community action that was underway, when it felt that everyone was looking out for each other during lockdown. Many people’s lives were upended during this time.

My focus turned to the communities I grew up with: Sikhs, Hindus, Muslims, Black and White working-class communities and how they interacted. The more I filmed, the more I learned about the hostile environment. It made me think about my parents coming to this country in the late ’50s and early ’60s. When I was researching the film, and met my participants, unravelling their narrative led me on a personal journey of discovery, one which linked my family’s history to the larger story of British identity, and the extent to which migrant communities, such as the one I grew up in, were essential to the fabric of this country.

As a filmmaker, the compelling personal nature of the story, combined with the fact that there were so many inconsistencies in our society and contradictions in our current political system, made me want to embark on my directing debut.

What impact are you hoping the film will have on viewers?

I hope it opens up people’s eyes to a system they may not know much about, and allow some space for empathy for what migrants have to go through when they are required to jump through the hoops. I hope it adds a bit more nuance to what we hear about migrants in the media. For the most part, they are only discussed in terms of their economic value, which makes it easier not to see them as human beings.

I hope the documentary has an impact beyond any specific screening. We have devised an impact campaign and a series of screenings to help raise awareness of the issues this film raises. This included a recent screening in Parliament for MPs, Members of the House of Lords and councillors. We also had a representative from the Home Office present, and members of refugee support organisations. Our aim is to open the door to a discussion that can lead to some real policy change.

There are thousands of stories similar to the ones experienced by the people in our film, who have been defined by their migrant status. Everyone in the audience might know someone who is facing similar issues, whether they are colleagues trying to get indefinite leave to remain, international students who find themselves in financially precarious situations, or even individuals like those impacted by the Windrush scandal ‒ British citizens who are suddenly asked to prove they are British. We hope the film will help create empathy for these stories.

What do you think have been the main drivers for the swing towards a more hostile immigration policy?

The reality is that migrants make easy scapegoats. And while we touch upon Priti Patel in the film, it is only because at the time she was the current Home Secretary. The issue is so much bigger than any one person; and both parties, as the film states, are complicit.

Politicians gain from enacting these policies rather than addressing the real issues that affect many of their voters, who feel left behind by the direction this country is heading towards. Brexit is the most vivid example of this in our modern history.

Investing in our communities, investing in our NHS and the health of the nation by properly funding the NHS, and reducing economic inequality ‒ these are examples of things that would do far more for Britons than turning around dinghies and sending them back to France.

There is also an element of control in the creation of these policies. The Government is constructing elaborate surveillance systems that give them great authority over large sections of the population, and we see this spilling over into the way they draft bills that also impact British citizens, such as the Police, Crimes, Sentencing and Courts Act, which places severe restrictions on the right to protest.

The new Government, under Liz Truss, has decided to pull plans to enact a new bill of rights, which would have allowed the Government to sidestep rulings from the European Court of Human Rights. But this may just be a temporary measure, with the new Home Secretary Suella Braverman making it known during her leadership campaign that she would take Britain out of the ECHR.

I believe there is an element of monetisation that influences the direction of what policies eventually become implemented. In 2018, the UK Home Office made £500 million from immigration fees, and in this way immigration policy is now just a part of the economic system. As one of our contributors, Brad Evans, says in the film, we are witnessing the Americanisation of British society. We no longer see people as people any more but as numbers, and that allows us to treat them with indifference.

What are you expecting from the next Prime Minister? And do you think Keir Starmer would take a different approach if he were to win the next general election?

I really think the kind of change that is needed is akin to a complete system overhaul. It isn’t about one leader. The Labour Party has pledged to end the ‘hostile environment’ in its 2019 manifesto, but this is a pledge that Keir Starmer inherited when he became leader. We will have to wait and see what he says when the next general election comes around. I worry that when competing for votes against the Conservative Party, and in the full spotlight of the media, this is a pledge that will fall by the wayside, as it so often does.

Hostile shows how both parties fall into the trap of believing that being ‘tough on immigration’ is the way forward, which to me is very different from being ‘smart’ on immigration. Our system is fundamentally broken and is untenable. We need a leader who is aware of this, brave enough to call it out, and forward-thinking enough to implement a plan that is based on what is best for the country, rather than driven by fear.

Hostile was screened at the Primrose Hill Community Centre in September. Tickets for other screenings are available from: www.hostiledocumentary.com/tickets

Social media/where to see the film: