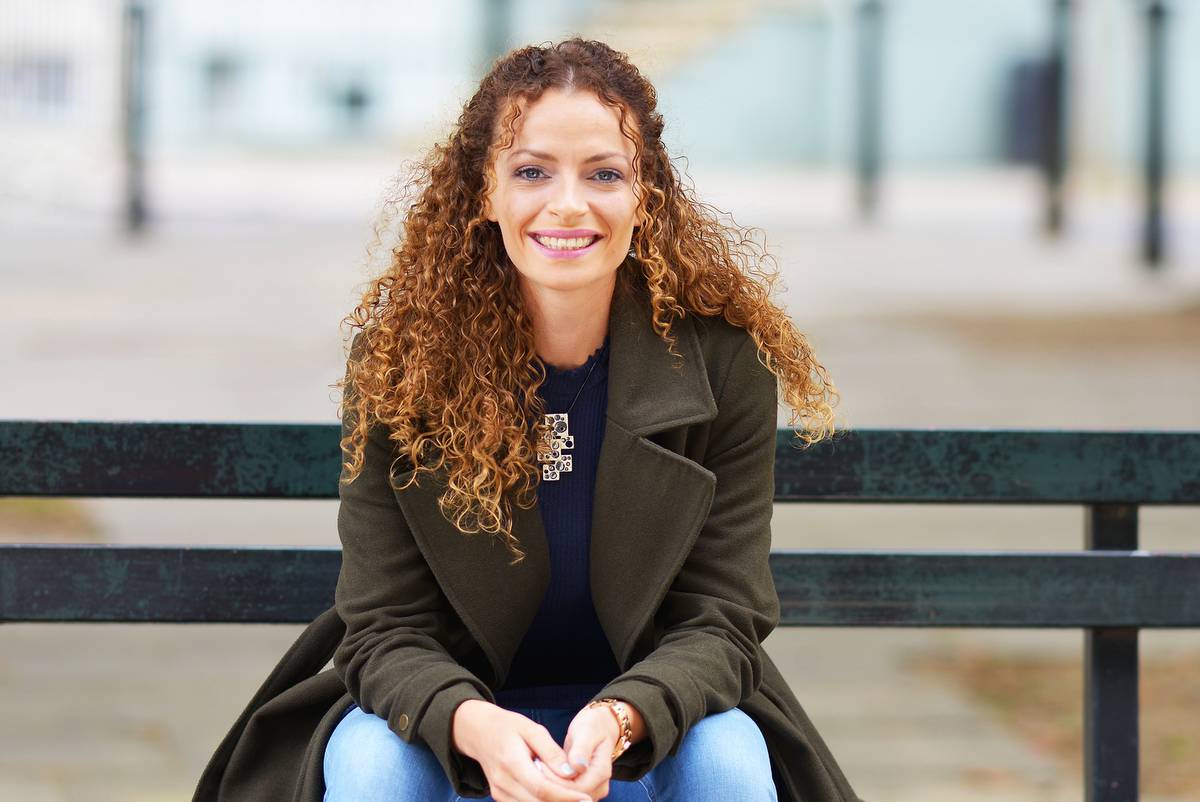 The other day I heard (we moles have phenomenal hearing) a jazz version of ‘The Wheels on the Bus’ that did my heart good. The woman who was singing put me in mind of that night when Johnny Dankworth and Cleo Laine came up the hill and she sang to him. That was special. And this woman sounded just like her.

The voice that The Mole heard was Emily Dankworth, aged 31, singing at ‘Jingle Jam Music’ in Primrose Hill Community Centre. How does this accomplished jazz performer come to be working with under-fives in her jazz workshop?

“I grew up in North London, sang in the choir at my school and learned drums from Dave Webster. Dave is now the Musicians’ Union national organiser for the Live Performance department. Then we moved to New York for a year, where my Dad was playing with Dave Brubeck, and I went to the Cathedral School of St John the Divine. Very grand. I was a chorister. There was an induction ceremony where we were robed and sang at all the services, just like at an English cathedral.”

The ‘my Dad’ that Emily refers to here is Alec Dankworth, son of Sir John Dankworth and Dame Cleo Laine. After attending Bedford School, he studied at the Berklee College of Music in Boston, Massachusetts. In 1978, he joined his parents’ quintet and toured the world with them, going on to work with Clarke Tracey, the BBC Big Band, Ginger Baker and Van Morrison, with whom he recorded three albums.

“English jazz is very strong. Dad is always working. It is quite a normal thing for him to be on the road, so me and my Mum (Linda Dankworth) are used to it. I had a solid home upbringing. I didn’t feel that he wasn’t there enough. I think the fact that they have lasted so long – thirty-five years – is that they don’t see each other all the time. They met when Dad was in the orchestra of a show and she was training the dancers. Linda no longer dances. She has a PhD on Dance Ethnography and has published a book, Dance Ethnography and Global Perspectives.”

From the age of seven or eight Emily attended, as her father had before her, the renowned summer camps at the Stables Theatre in the Dankworth back garden.
“When he was a kid, my Dad would pack his bag and walk down the garden path to the tents and unpack his bag. Then when my turn came, I would do the same thing. You slept in tents and learned any instrument you wanted. There was a steel-pan tent, a ukelele tent, a trumpet tent and so on. Then we’d have a big show at the end of the week, and if you were lucky John and Cleo would turn up and tell you what you were doing well and what not so well.” 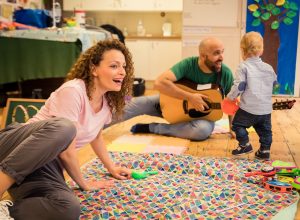 The Stables Theatre was an immediate success, with 47 concerts given in the first year. It now presents over 350 concerts and around 250 education events a year. On 6 February 2010 it celebrated its 40th anniversary with a gala concert which was tinged with sadness, because of the death earlier in the day of Sir John Dankworth.

While at school, Emily was an enthusiastic member of the Hendon Air Training Corps

“I was in the Corps for five years. I learned to fly, I was a marksman and the best drill instructor. I don’t know why, I just loved marching and drill sequences. We won lots of competitions. It was amazing to go to Hendon twice a week and get to learn so many new skills. A lot of the kids who went there wouldn’t have much else to do, but in the Corps we were all equal. We camped together twice a year. It was a great cultural melting pot. I finished up with the highest rank before you became an officer, Cadet Warrant Officer. Then I went to Canterbury to study Psychology and Art.”

After university it seemed a good idea to go to Majorca for a few months to learn Spanish. Four years later … it’s a familiar story. Emily learned Spanish and she also learned what it is like to be a hostess on a small yacht sailing round the Mediterranean. Plenty of people spend their lives doing this, but you can imagine the summons from home and the family conference. Enough is enough. And so it came, to go to the Guildhall School of Music for an MA in Jazz Performance. And here is a fascinating story: while she was there she was spotted by Wynton Marsalis, who for some reason sometimes appeared under the pseudonym E. Dankworth. They met up and Wynton later invited her to join a tour in the USA, singing the Abyssinian Mass.

This was a meeting of the aristocrats of English jazz with the black American aristos. Wynton Learson Marsalis is a trumpeter, composer and the artistic director of jazz at the Lincoln Centre in New York. He has been awarded nine Grammys, and ‘Blood on the Fields’ was the first jazz composition to win the Pulitzer Prize for Music. In 2008, Wynton Marsalis was commissioned to write a piece commemorating the 200th anniversary of Harlem’s Abyssinian Baptist Church. The result was a sweeping composition described as having the immense power to make audiences clap their hands and sing along to its joyous spirituality, its profound swing and bluesy swagger.

“I was twenty-five at the Guildhall, singing in a choir, and I got an email from jazz at the Lincoln Centre, saying, ‘Do you want to sing with us?’ Like a shot. I was one of only two English people in the choir (led by Damien Sneed), and very few light-skinned people (although my Jamaican roots often shine through). There were 76 singers and 15 instrumentalists, and we toured sixteen cities in four weeks, travelling in coaches and staying in a different hotel almost every night. It was massive. We all got paid. The trip was funded almost entirely by a businessman from St Louis, David Steward. The singers were all very strong church-goers, and you could see they were completely transported by the music.”

Since the Guildhall, Emily has performed live at Ronnie Scott’s Jazz Club, the Barbican Hall, the Lincoln Centre in New York, the Boston Symphony Hall, the National Centre for Performing Arts in Beijing, the Elgar Room and Kings Place. She has featured on many BBC Radio and Television shows, plus Ronnie Scott’s Radio Show, Jazz FM and Jamie Cullum’s Radio Show. 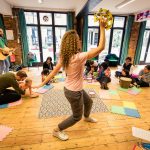 Now we come to Jingle Jam Music. “There are lots of music classes for under-fives. Some are classically based, some use more traditional nursery rhyme scenarios. Ours is focused on live music with a jazz flavour. We always have at least one professional jazz musician, either on piano or another instrument. I sing; my Dad, Alec Dankworth, is often there with his double bass; my husband, Jose Chicano, is always there with his guitar. He is brilliant at Spanish guitar and flamenco; and he has a rapport with young children, an energy that draws them to him and they love him. We always have lots of instruments for the children to play, and they are able to experience the sound and vibration up close. They play the instruments, they improvise, they take solos. Music is natural for young children. They don’t have the restriction we impose on ourselves as we grow up. It is also important that the parents have to stay and sit in the circle and take part. We have classes designed for specific age groups, ranging from 3 months up to 5 years old.”

“This is a group my Dad founded. We love Majorca and the family have a flat there. We perform with a flamenco dancer, Jesus Olmedo, reinventing traditional songs, often based on Spanish poets like Garcia Lorca. I also have my own band that performs originals and covers of mine. I write the words and music and we are about to release an EP. I’m also in an a cappella group, Silk Street Singers, and I perform as a duo with my closest musical friend, the guitarist Jamie Leeming.”

If they ever get a minute, it would be nice if Emily and Jose could sneak up one night and give us a song. It would do this old Mole’s heart good.

Article by The Mole on the Hill
Photography by Sarah Louise Ramsay www.slrphotography.co.uk