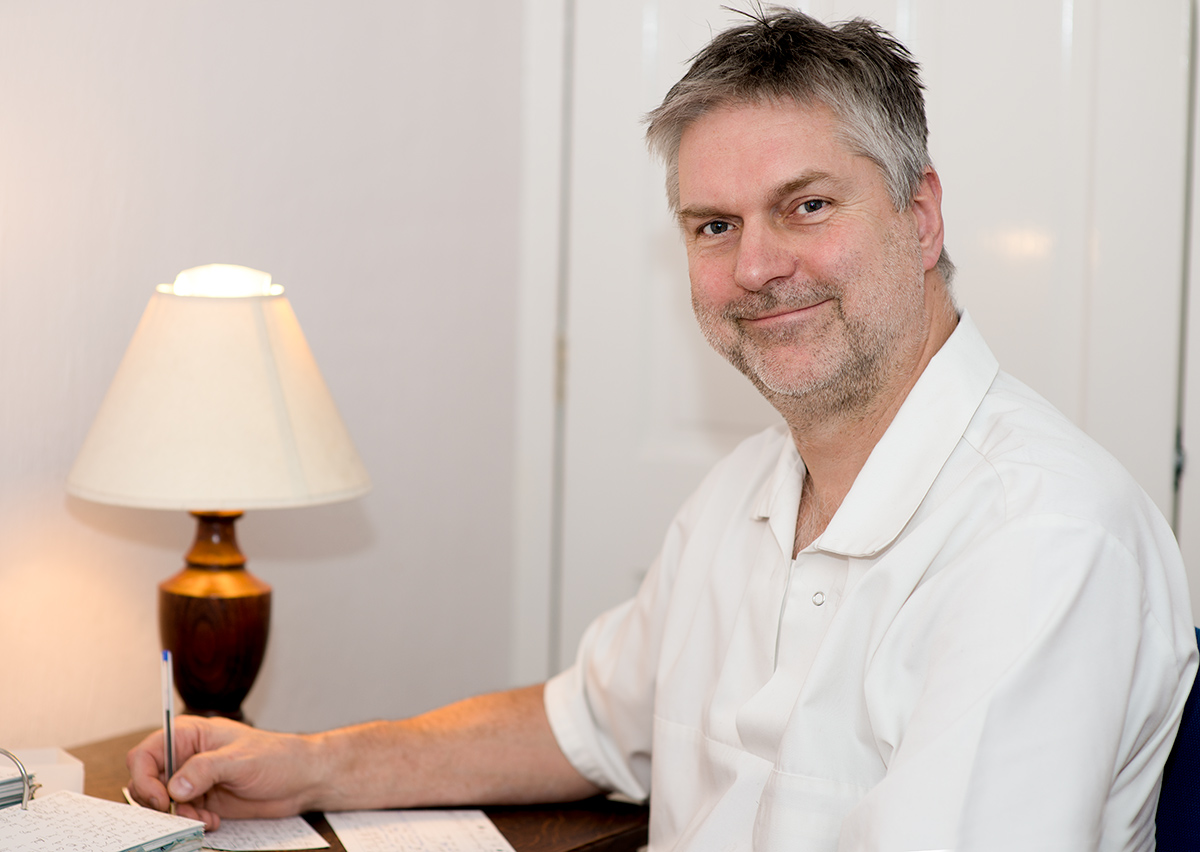 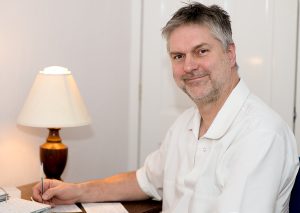 I always find lots to discuss with Dennis Picknett while he works on my back: builders (he was a carpenter in this area for years before osteopathy training 15 years ago), parenting (he has two kids) woodland (he was a long time Forest School Camps leader), but I never realised until recently that he is passionate about consciousness research.

“Yes my interest in consciousness started when I was training as an osteopath. I suppose conventional medicine sees the body as a machine, or a bag of chemicals, but holistic therapies see other dimensions, including the mind. Materialists would say the brain is a sort of computer, with nerves as electric wires and neurons firing either on or off.

“But new research done by Roger Penrose (who supervised Stephen Hawkings’ PhD) concludes that the mind is more like a quantum computer, vastly more powerful, working with probabilities, not certainties. Inside neurones are fine filaments called microtubules which look like whole peanuts stacked against each other. They could be where consciousness meets matter through quantum processes.

“Some researchers think that the brain is more like a radio receiver ‘tuning in’ to individual minds which actually exist outside space and time. A child might think that inside a radio is a tiny little orchestra playing, but we know music passes through the radio and the orchestra could be anywhere. Mind you, if you bash the radio with a hammer the music stops! Anaesthetics can switch consciousness off but, interestingly, no part of the brain has ever been found to contain the on-off switch.

“Recently I’ve been reading about ‘presentiment’ : neurologists are taking seriously the findings that humans do react a few seconds before things happen. One of the experiments wires people up and shows them random photos which are happy such as kittens, and disturbing such as accidents, blood and gore. They consistently show the appropriate reaction before the image appears. This would make sense in survival terms: trust your intuition.

“How do I find the time to read all this? I commute from Kent twice a week. That gives me eight hours not to read the Metro! And it does link in to my work”.