Anna Paolozzi’s profession is teaching women of 40 and over how to age beautifully with make-up. She is also passionate about teaching people with serious illnesses how to look well. 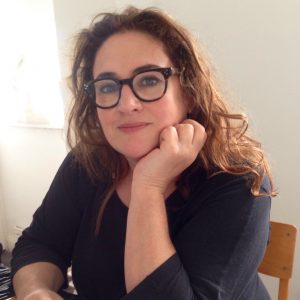 I kind of fell into being a make-up artist. I was working as a stylist and was asked to do a commercial for Oxfam. The booking got muddled and I ended up doing the make-up, which I loved. Then a friend (who, funnily enough, I met when we were both working at Manna) got a job as a presenter for MTV when it launched, and he asked me to work with him. The first person I did was Jackie Collins; then I thought, “I need to learn more, pretty quickly”, so I assisted a Vogue make-up artist, which was the best way to learn.

I decided to work with sick people when my father was in a neurological hospital at the end of his life. There was a young girl in a wheelchair with MS. She came into the cafeteria and announced proudly, “Look at me!” One of the nurses had made up her face for her. And that’s when I had my lightbulb moment, because she was so happy. People who are sick, and older women, feel disempowered, invisible and losing their femininity. Make-up gives back their self-esteem. I want people to feel like themselves, but a better version.

I helped a guy recently who’s had cancer three times. He wanted to look less hollow around the eyes, so I taught him to use a concealer, but to do it so that no one knows he’s wearing it. If people look well, they seem to be treated differently. I worked with a woman with terminal cancer who was having an “I’m still here!” party and wanted to look fabulous. I’ve given lectures at Queen Charlotte’s cancer unit, and I take care to recommend products that are not too expensive, so it’s not exclusive. I’ve experienced two terminal illnesses in my family, so I am, well, you could say comfortable around people who are very ill and want to be treated normally.

I gave a woman in her 80s a make-up lesson post-cancer treatment; I wasn’t sure how much she had taken on board, but her doctors didn’t recognise her because she looked so well.

Colour is very important: I trained in fashion and textiles at Central St Martin’s, where I studied painting and colour theory, and I use all of that in my work. Older people and people who are ill have that grey look. I can change their colouring, which a plastic surgeon can’t do.

Have a look at Anna’s gallery of ‘before and after photos’ on www.annapaolozzi.co.uk

As told by Doro Marden