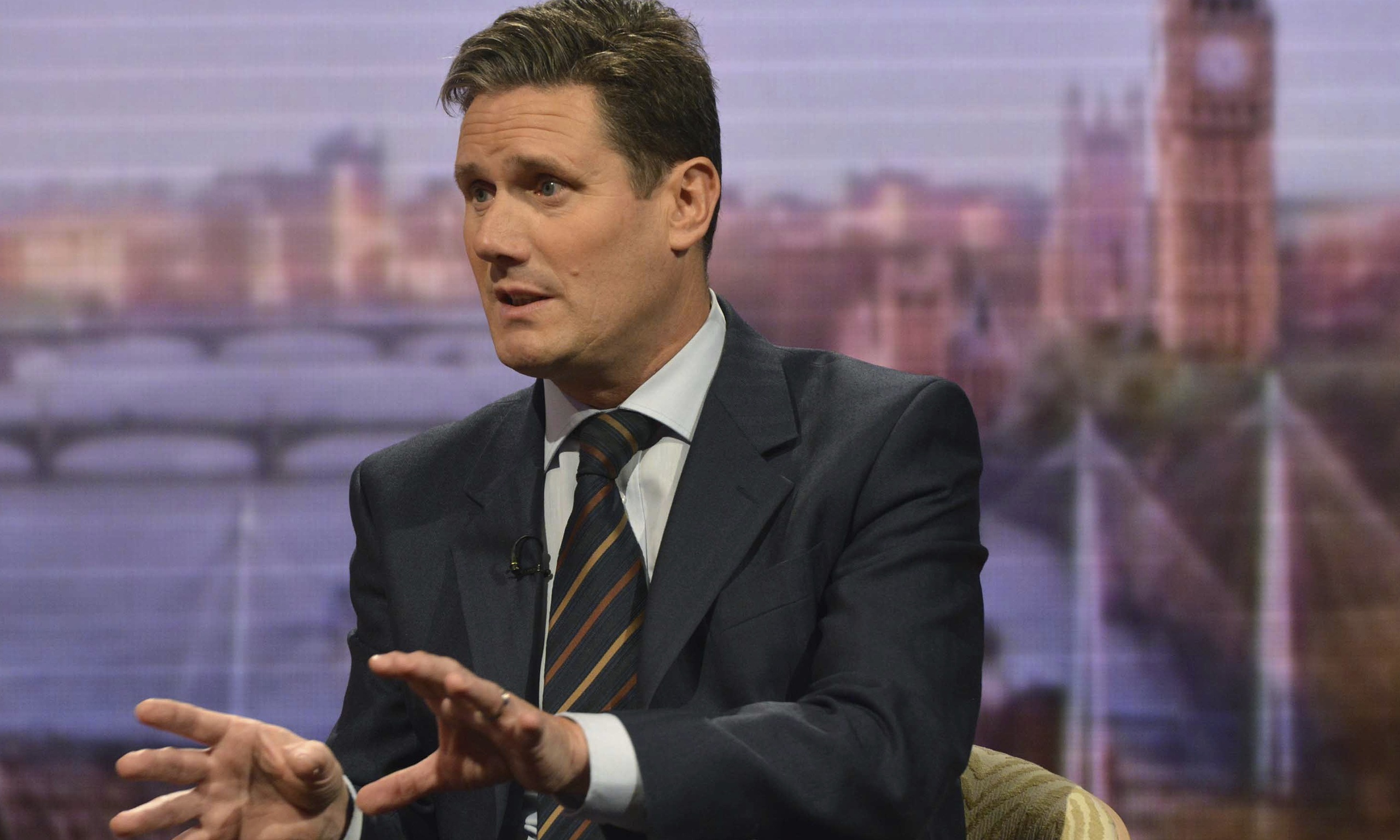 At eight o’clock on a Monday morning you may find our new Member of Parliament helping to run a football game at the local school in Kentish Town where his seven-year-old son is a pupil. “My job is keeping the peace and ensuring that the scores are fairly even,” says Keir Starmer KCB, QC, MP with a broad smile.

The famous battling human-rights lawyer and immediate past Director of Public Prosecutions and Head of the Crown Prosecution Service (2008-2013) loves football and Beethoven, cooks a little and dislikes being called Sir Keir, despite having accepted the knighthood in the 2014 New Year Honours for “services to law and criminal justice”.

Keir Starmer was elected in the General Election in May as the Labour Member of Parliament for Holborn and St Pancras, replacing the venerable and much loved Frank Dobson who retired after 35 years on the job.

The 53-year-old father of two is no big name parachuted into the constituency by the party. “I have lived in Kentish Town for 15 years and worked in Holborn for 25 years. My wife grew up in Gospel Oak, where her mum was the community doctor. Our children go to our local state primary school, where my wife is a governor,” he states proudly on his website.

“Kentish Town is fantastic,“ he tells me. “It still has a proper High Street where you can find lots of individual shops, and not just chain stores. It also has brilliant schools, and we have lots of family and friends nearby.”

In fact, Keir took his now-wife Vic, a solicitor whom he met while on a case, on their first date to the Lord Stanley pub off Camden Road. “My son says I should have taken her for a nice meal,” he says with a big grin.

Despite his intimidating CV, distinguished career and grand title, our very fit-looking new MP comes across as approachable and relaxed when we sit down for a mug of tea in the ground-floor atrium of Portcullis House, the parliamentarians’ offices across the road from the House of Commons.

Why politics? Well, it was probably inevitable. “My dad was a toolmaker before he retired, so he worked in a factory all his life. My mum, who died just three weeks before the election, had been a nurse before becoming physically disabled. We didn’t have much money and they were Labour-leaning parents.

“That created an atmosphere where my thinking developed, so my roots are firmly in the social justice area.”

Plus, he is named Keir after the pioneering socialist and Labour party founder, Keir Hardie. He is very fond of the name now, but that was not always the case. “When I was at school, aged about 13, I thought why couldn’t they have called me Dave or Pete? At that age you don’t want to be different, do you?”

Why decide to stand for Parliament this year? “I saw the damage caused by the 30 per cent cuts in the public services I ran as a result of the government’s policies. I felt they were undermining the post-war consensus on how we operate a modern democracy. I thought that the 2015 election would be defining,” he says with strong conviction.

Things did not work out as he had hoped, but he stresses that “we must now look forward to redefining the purpose of the Labour party in the twenty-first century. We should focus on 2020-2030 and ask ourselves what are the challenges ahead.”

Electing a new leader “before debating what is our purpose” would not have been his way, and “I don’t expect an easy ride after 12 September.” But at the same time he is passionately enthusiastic about the positive surge in new members.

Labour politics are so fascinating at the moment that I had to stop myself continuing down that route, as our editor’s instructions were to find out more about the man.

Keir Starmer’s hobby, nay passion, is football. “I have played football twice a week since I was 10, almost religiously.” He plays eight-a-side football with “friends and friends of friends” twice a week at Talacre, between Gospel Oak and Kentish Town. “It’s fun and no one really gives a stuff.”

He plays “in the middle, midfield”. Our MP laughs when I ask if this reflects his political position too. Do you teach your boy how to play? He is even more animated telling me that there is nothing worse than side-line parents urging on their child.

But he does take his lad to see his beloved Arsenal, where he is a season ticket holder. Considering the team’s erratic start to the season, I decide to drop that subject.

After finishing as DPP, he had more time to take his children to school. But a career in Parliament is making it more difficult to spend time with the children, and he confesses that he does not often read them bedtime stories. “Its a struggle to see a lot of them during the week.”

He was once quoted as saying that caring for children is harder than even his toughest legal battles. “Yes, it’s true, especially my very strong-willed four-year-old daughter who makes it her business to contradict everything her parents say,” Keir says with a mixture of frustration and pride.

He was the only one of four siblings, two sisters and a brother, to get to university. “It was a classic case of having real opportunity provided by the welfare state – the provision of decent education opportunities, being able to go to university.”

After studying law at Leeds and Oxford, in 1990 he co-founded Doughty Street Chambers with radical lawyers such as Helena Kennedy QC, Geoffrey Robertson QC and Edward Fitzgerald QC. “Our founding principles were the protection of human rights, internationalism, and a commitment to represent those least able to represent themselves.”

I mention that I read somewhere that he likes cooking. Does he have a favourite recipe dish? He looks surprised, and then without hesitation says “Tomato pasta with green vegetables, chili and garlic”.

Time is running out so I ask if he has other passions. “Music, classical music. I was a junior exhibitioner at the Guildhall School of Music till 18. I played the flute, piano, recorder and violin. Then I realised at the age of 17-18 that the other people at the Guildhall were hugely talented, whereas I just practised hard.”

His favourite music? “Beethoven piano sonatas.” He pauses, “actually all things Beethoven.” And his favourite musician? “Barenboim.” Isn’t he known to be a difficult person? “Yes, but like talented footballers, you accept this.”

Despite facing five years in opposition, Keir is still hugely enthusiastic about being our MP. “There is so much constituency work, housing, HS2, hospitals. My surgery is supposed to be two hours, but it’s often four or five because there is so much to do.”