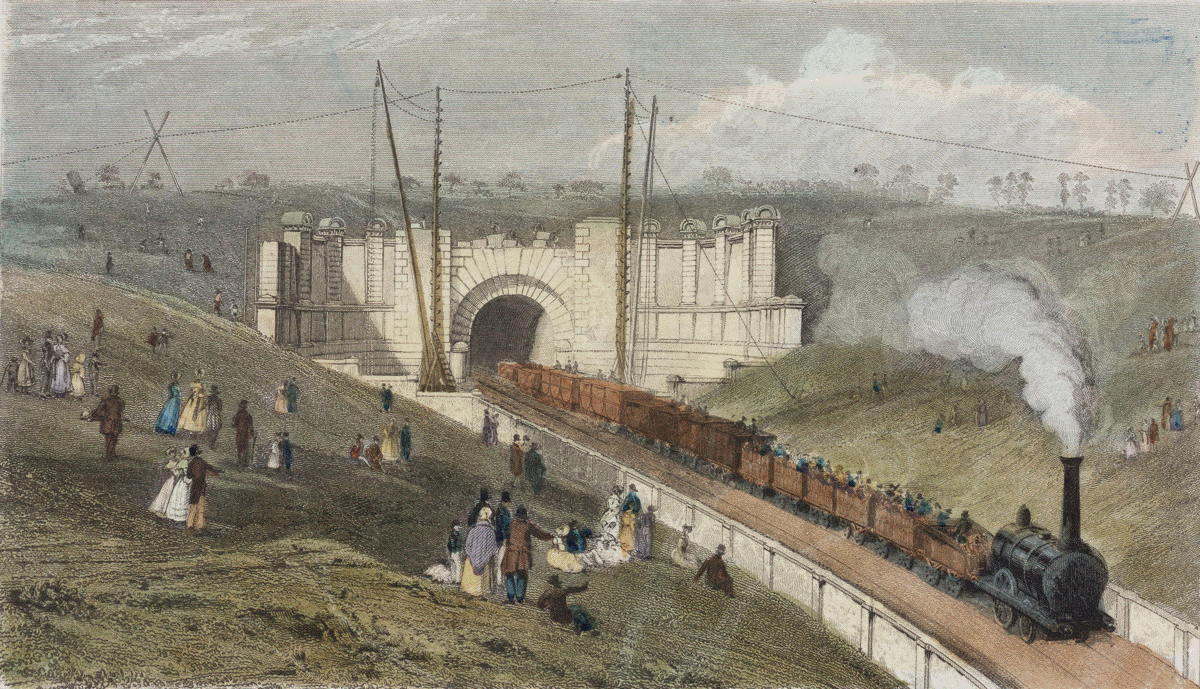 Primrose Hill is intimately associated with the mainline railway which defines its northern and eastern borders. The first intercity railway of any length, the London and Birmingham (L&BR), skirted the northern flank of Primrose Hill, obliged by the landowner, Eton College, to run in a tunnel to conserve the potential value of building land above. From the tunnel the tracks run east-west in a cutting, before turning south at Regent’s Park Road bridge, skirting what became Camden Goods Station (shown in red on map) 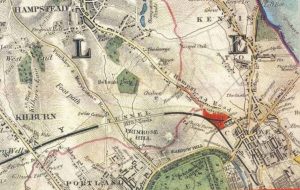 to cross the Regent’s Canal and descend to Euston. Had the Great Western Railway not abandoned plans to share with the L&BR both its London approach and goods station, much of the Primrose Hill Conservation Area, would have been covered in sidings and sheds.

The railway was carried over the Regent’s Canal on tracks raised 15 feet above original ground level. This increased the descent to Euston, known as Camden Incline, the steepest gradient on the line. Landowners and wealthy residents were concerned their property values would be harmed by locomotives toiling up the incline. So the engineer, Robert Stephenson, provided stationary engines at the top of the incline, immediately north of the canal, housed in a large vaulted underground structure.

The construction of these winding vaults was dramatically captured by John Cooke Bourne in April 1837. The first Locomotive Engine House is shown on the site that Morrisons now occupies. The height of the vaults had to accommodate two twenty-foot diameter wheels with the length of the vaults keeping the rope taut. The steam engines, their boilers and the associated winding mechanism, pulled trains up from Euston by means of a 4000 yard long endless rope to meet the waiting locomotive engine that would take the train onward to Birmingham. 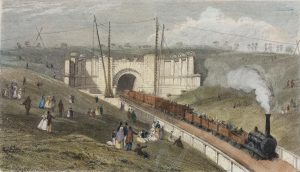 On the return journey, the locomotive would detach at the canal to allow the train to descend by gravity, under the control of a brakeman. The twin 133-foot chimneys created a significant landmark.

As passenger services grew rapidly, and speeds increased, the timetable struggled to accommodate the operation of stationary engines, and their use was abandoned in 1844. The chimneys were demolished, the equipment removed and the boiler vaults, previously open to the air, were sealed.

Little has changed in the last 170 years. The railway has been widened and electrified, with both West Coast Main Line trains and suburban trains running over the winding vaults, which continue to support the running lines even while normally flooded with water to the conspicuous white water mark shown here. 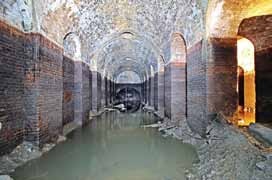 The winding vaults are the second of Primrose Hill’s remarkable railway structures. Their heritage significance has been recognised by upgrading their listing to II*, combining with the Roundhouse, Primrose Hill tunnel portals and the Horse Hospital in the Stables Market to create a remarkable group of local railway heritage structures. This group may be joined by the Roving Bridge at Hampstead Road Locks, which is closely associated with the history of the railway and goods interchange.

The winding vaults have remained in almost pristine condition. The basement alone would provide about 1125sq.m. of floor space. Appropriate restoration could create a venue to rival the best visitor attractions in London. This plan shows one concept, including restaurant, music venue and heritage gallery. 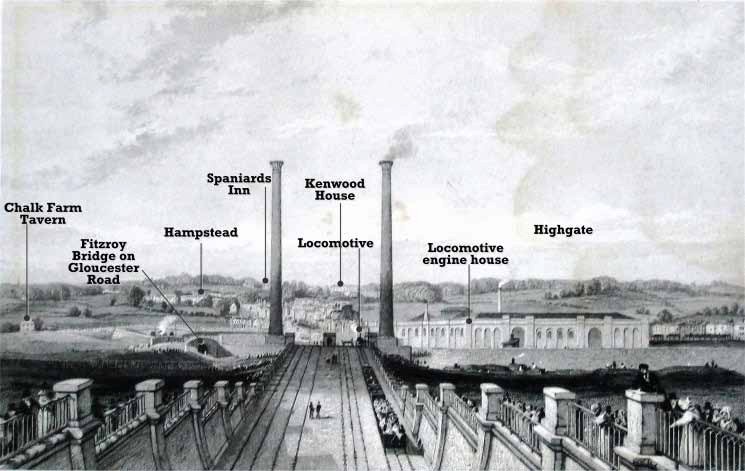 Yet Primrose Hill residents need not be concerned about a new invasion. Access would be from the Camden side of the tracks and along the Regent’s Canal towpath, possibly with a waterbus mooring site. A means of escape would need to be provided to Gloucester Avenue and the only opportunity for this is through the proposed redevelopment of 44 Gloucester Avenue, the former electric telegraph works (below), currently seeking planning approval. 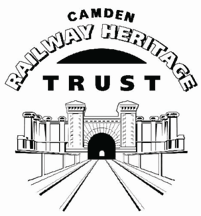 Camden Railway Heritage Trust is a charity promoting preservation, restoration, education and public access to the rich local railway heritage. Readers interested in learning more about the historical features and their regeneration are encouraged to support the Trust by purchasing a copy of the book Camden Goods Station Through Time (price £12 incl. p&p, contact [email protected])