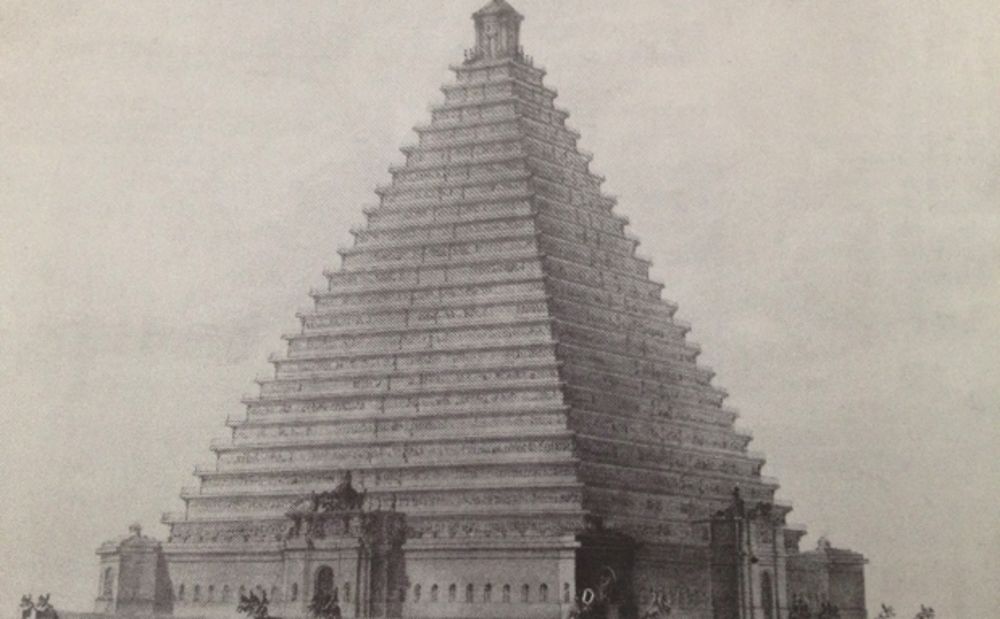 It’s hard to imagine, but Primrose Hill was once the proposed site for a necropolis.

In the middle of the nineteenth century, the city’s graveyards were overflowing due to the burgeoning population as a result of the industrial revolution. With the increase in bodies, disease was rife due to a combination of poisoned water supplies and vermin.

So London had to do something urgently to house their dead, and one suggestion was the Metropolitan Sepulchre or ‘pyramid of death’.

Thomas Willson designed the structure in 1820, in compliance with the twin Victorian obsessions with death and all things Egyptian.

The necropolis would have had a base as large as Russell Square and stood taller than St Paul’s Cathedral. It would have held over five million bodies and been organised into family vaults. The construction was to be brick, with a granite façade, including ramps for funeral parties. Proposals were even made for the pyramid to include residential accommodation and an observatory at the top. Willson set up the Pyramid General Cemetery in order to manage the project. Each vault would have cost £50 and with an expected 40,000 burials a year, a huge profit was promised for the owner.

In 1928 the Literary Gazette called the project ‘a monstrous piece of folly’.

Due to the public opinion and the huge cost of building the pyramid, the plan was abandoned, and more traditional ‘garden cemeteries’ were opened instead, such as the one at Highgate.

Thankfully Primrose Hill was spared the fate of becoming a necropolis, which would have made it a very different place to the one it is today.