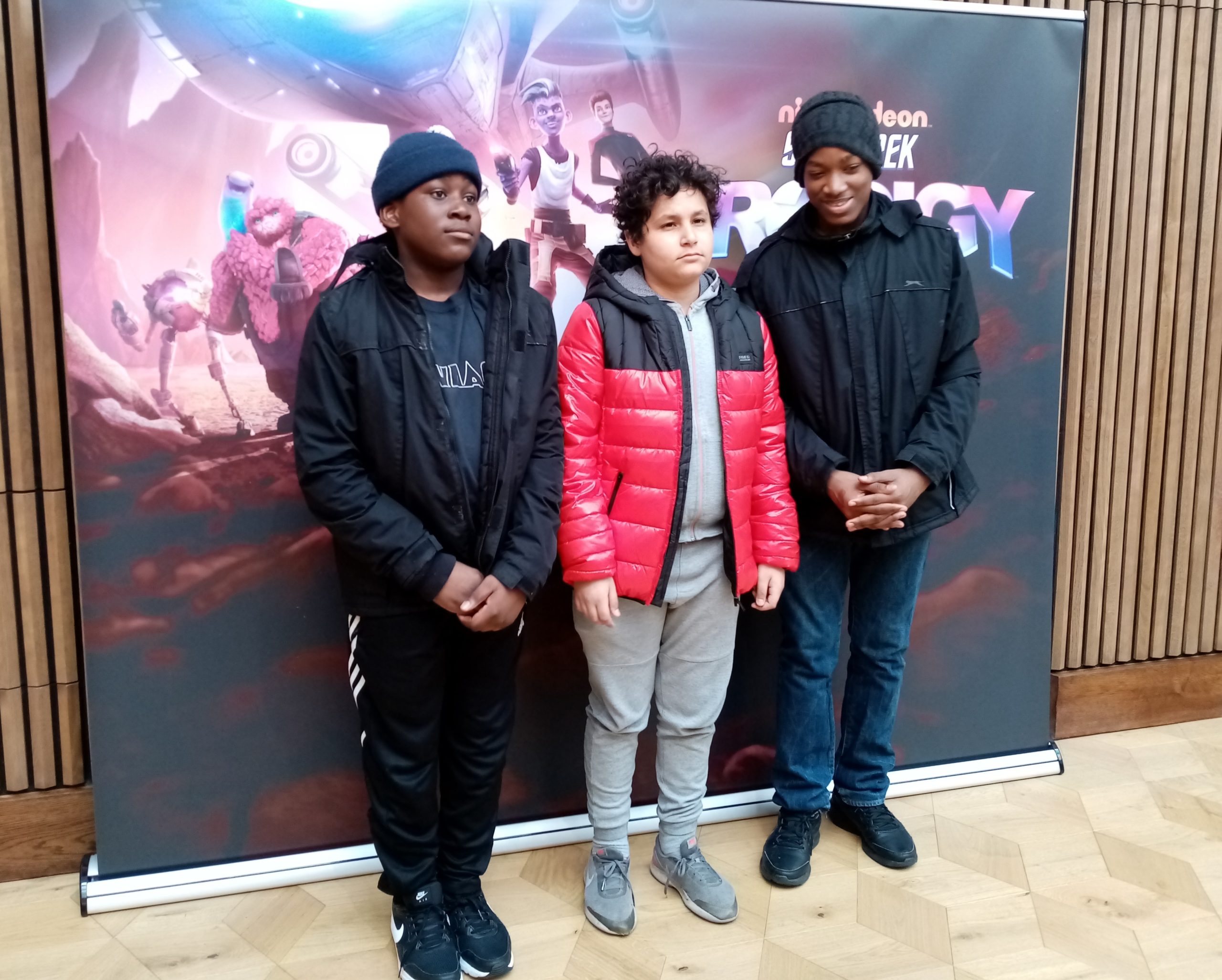 Star Trek: Prodigy is publicised as a children’s series. We are Year 7 and 8 Haverstock School journalists and were naturally dubious about how entertained we would be.

The story centres on a group of dissatisfied teenagers who run away from the drudgery of a space mining colony, discover an abandoned Space Ship, the USS Proto Star and meet Captain Janaway who becomes their Training Officer Hologram.

The speed of the cinematography in the beginning sequence reminded us of Star Wars. Former Star Trek animations are sluggish in comparison. The theme music by Michael Giacchino is both haunting and very exciting.

The voice cast of Star Trek: Prodigy includes Brett Gray (Dal, 17 years old and an unknown species who thinks he is cool and wants adventure), Ella Purnell (Gwyn, a 17-year-old Vau N’Akat) , Angus Imrie (Zero, a Medusan: a noncorporeal, genderless, energy-based lifeform who wears a containment suit to protect others from viewing their true face), Dee Bradley Baker (Murf, an endearing, indestructible blob who gets into everything), and Kate Mulgrew who was the very first female Captain in the original series) and stars as their hologram Training Captain.

The producers and director on the BAFTA Panel told us they wanted to produce a series which didn’t ‘dumb down’ and they have succeeded.

“And where are your uniforms?”

We then knew that the Federation space adventures were just beginning and we look forward to watching the series.

The series is now screening on Nicolodeon.

With thanks to BAFTA for having us.