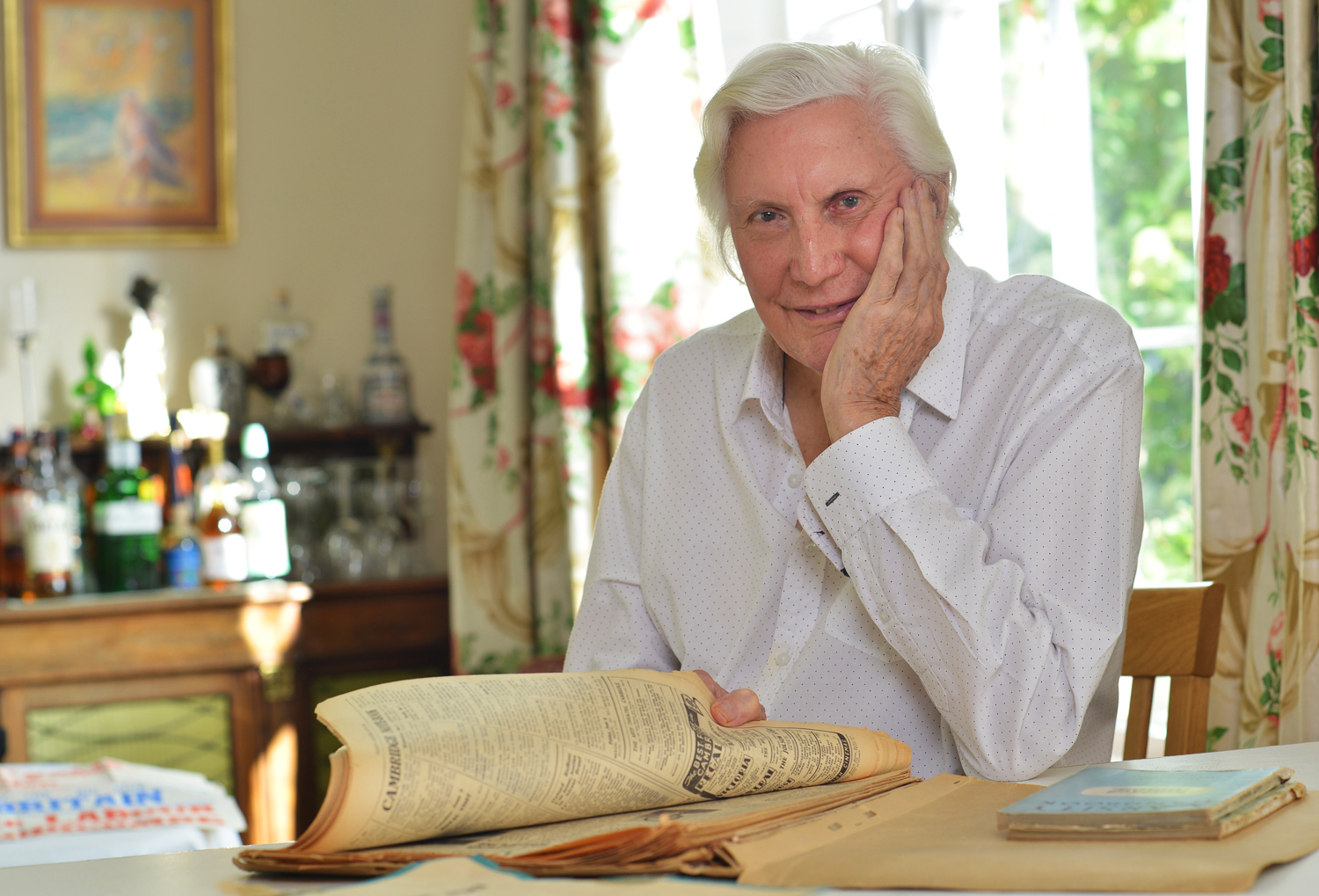 David has lived in this area for over 65 years, and still spends time on Primrose Hill most days of the year. Before settling here, David stood for parliament in a general election and was a founding member and editor of a weekly magazine. 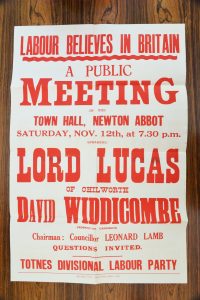 David was born in St Albans, where he went to a school founded in 948. The first of his family to go to university, reflecting the levelling of society during the Second World War, he went up to Cambridge in 1942. A year later, as was the wartime practice, he was called up and joined the army. In the summer of 1945 he was invited by the Fabian Society to stand in the election for the Hythe constituency because the Labour Party was looking for young candidates. He was just old enough to stand, and he had to get leave from the army. In 1945 there had not been an election since 1935. Hythe was a very Conservative area, and it might have been the first time the constituency had had a Labour candidate, but in the post-war swing he came close to becoming an MP, taking 25% of the Liberal vote, 7% of the Conservative vote as well as winning all the new Labour voters. This relatively good result was even more surprising in light of the fact that his agent, the organiser of his campaign, was only 20 years old. 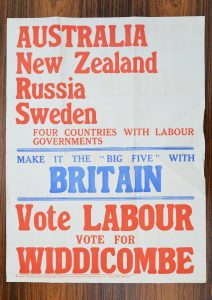 After another year in the army before he was demobbed, David was able to return to his studies, deciding to read law so that he could earn a living. During that first year he became friends with a slightly older American student, Harry Newman, who felt that the undergraduates ought to have a newspaper as all student publications had ceased during the war when newsprint was rationed. In October 1947 they launched Varsity, a weekly newspaper. It was a multinational effort, with a Canadian, an American, a Hungarian and an Indian actively involved, as well as Britons such as Jonathan Routh, who later made his name as the presenter of Candid Camera. In January 1948, David was appointed editor, the second person to hold that position; since then there have been over 100 editors.

David maintained his interest in politics and was President of the Cambridge University Labour Club. When preparations for the 1950 general election began, he was asked by the party’s National Executive Committee to stand. His friend Harry Lee (aka Lee Kuan Yew, recognised as the founding father of an independent Singapore and Prime Minister 1965-90) had some interesting comments in his autobiography about this election contest.

“In February 1950, while I was still at Tintagel, David Widdicombe, one of my Cambridge friends, stood for the rural seat of Totnes in Devon, an hour and a half away by train. He needed a driver for his truck and a general assistant. We were both put up with Labour supporters… I learned how to campaign and made several speeches at small schools and church halls… The Devon audiences were intrigued to see a Chinese speaking for a British Labour Party candidate. David had been soundly trounced. But he made a brave speech, and his victorious opponent a generous one, encouraging him to fight another battle in some other constituency. It was useful experience in politics at constituency level.” 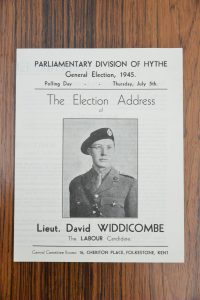 Moving to this area of London so that he would be conveniently near to the Law Courts, David took his bar exams as a member of the Inner Temple. Harry Lee joined him, as he was a barrister at the Middle Temple until 1959.

Led by his political convictions, David became a specialist in government administration, a vital sector of the law because if any level of government is not seen to be just, people   lose confidence in their institutions. David became a Queen’s Counsel and later a Recorder and a Deputy High Court judge. He took on many cases both in the UK and overseas, in places like Hong Kong and the Caribbean that were still subject to British law. He also edited the standard reference work on council rates. Perhaps the time when most people would have been aware of his work was when he chaired the inquiry into the conduct of Local Authority business following the outcry over Dame Shirley Porter’s leadership of Westminster City Council. New standards were set by the committee, and when a councillor was forced to stand down because of a breach of these rules, it was described as being ‘widdicombed’.

David is a keen reader of On The Hill and hopes it will survive as long as the newspaper he helped to found, which has a similar kind of ever-changing readership. Varsity celebrates its 70th anniversary next year!