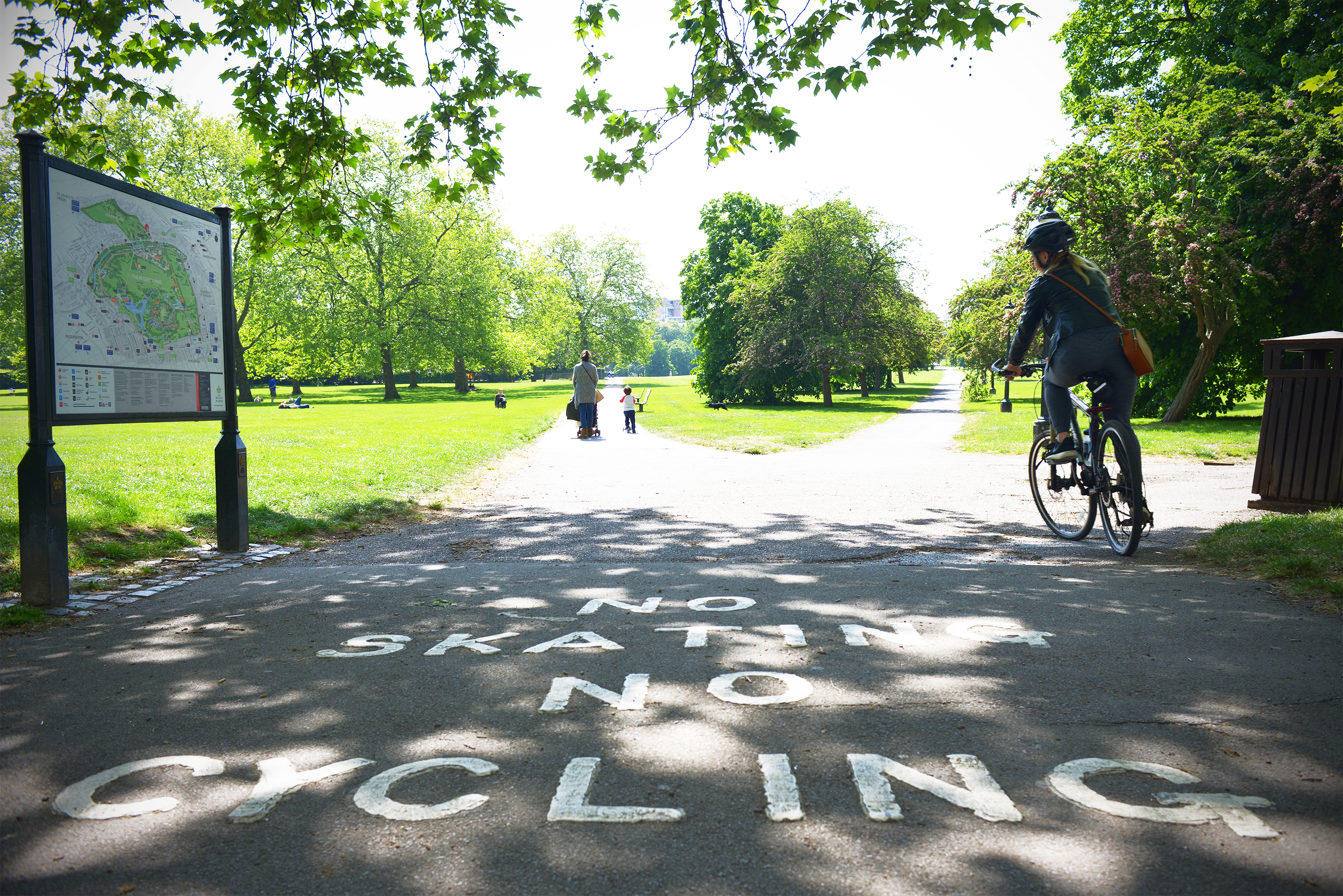 We put a number of readers’ questions to the police, who are responsible for enforcing the Royal Parks’ regulations.

“The Metropolitan Police hold Community Ward panels every 6 to 8 weeks to ensure that local policing teams are tackling the problems highlighted by park users and local residents,” reports Mark Ottowell, of the Met’s Territorial Policing press office. “The objective is to get information and feedback from residents, contractors who work in the parks and local council members. This is led by PC Rebecca England, a dedicated police officer who covers Regent’s Park and Primrose Hill.”

Panel members include local residents, users of the park, councillors and other key stakeholders. “Whilst not open to the public, any interested persons can enquire through Royal Parks Police to join a panel,” says Mark. He advises that any concerned resident contact PC England directly by emailing her at [email protected]

Here are the police responses to some specific questions raised by our readers:

Q: Cyclists endanger other park users by using Primrose Hill as a cut-through, even though it is technically illegal to cycle anywhere in Primrose Hill Park. There does not appear to be anyone in authority to act when there are infringements of park regulations and abusive behaviour, especially by cyclists when asked to dismount.
A: First of all we would like to reassure your readers that Primrose Hill is patrolled every day at various times between 07.00 and 23.00 by Royal Parks officers, and between 23.00 and 07.00 by police officers from Camden.
The Royal Parks Operational Command Unit (OCU), which is part of the Metropolitan Police Service, remains confident in providing a robust policing service that matches demand both in terms of Royal Parks crime and stakeholder reassurance.

Q: Are there any plans for controlling unlicensed personal and group trainers taking over the paths and behaving aggressively towards other users of the park?
A: Royal Parks OCU police officers will deal with any breach of Royal Parks regulations, including illicit trade and unlicensed businesses, as appropriate.
Officers are continuing to provide guidance to members of the public about Royal Parks regulations and the various licences and permissions that are required.

Q: Professional dog walkers should wear ID, but it seems they never do. Why can we not take away their licences if they do not abide by the regulations? Some dog walkers walk more than four dogs and do not control them properly.
A: As before, Royal Parks OCU police officers will deal with any breach of Royal Parks regulations, including illicit trade and unlicensed businesses, as appropriate. The Royal Parks (TRP) issue the various licences and police monitor this in conjunction with staff from TRP. Any breaches found are dealt with by police.

Q: What about parties, loud radios, and noise at night times?
A: The local policing team works with the Royal Parks in a crime and disorder partnership, which includes groups such as Friends of the Royal Parks, park users and local residents to tackle parties, noise and anti-social behaviour.
The teams also undertake a number of initiatives with homelessness charities and agencies to deal with the issue of rough sleeping in the parks.