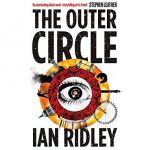 Primrose Hill has long been a favourite destination for film-makers, but it also crops up in books, notably The Folks That Live on the Hill by Kingsley Amis and Primrose Hill by Helen Falconer.

Now former sportswriter Ian Ridley has written The Outer Circle, set, as the name suggests, in Regent’s Park with much of the action occurring in Primrose Hill. It’s a page-turning thriller which manages to reach beyond events and raise hard-hitting questions, both on a personal and political level.

Set in the days immediately after the London Olympics, when the city is basking in self-congratulatory glory, a terrorist attack occurs at the London Central Mosque in Regent’s Park. The following day, a reciprocal attack happens in the park itself. The events plunge London into chaos and uncertainty.

The book highlights the cultural highs and lows of present-day Britain as it follows the story of five individuals caught up in the events in very different ways.

The Outer Circle is Ian Ridley’s first novel, but as a sportswriter he wrote the bestselling Addicted with the former Arsenal and England captain Tony Adams, which was shortlisted for the William Hill Sports Book of the Year award; and he’s also been a sportswriter for The Guardian, Daily Telegraph, Observer and Mail on Sunday. In 2007 he was named Sports Journalist of the Year.

Television credits include the Sky One drama series Dream Team, and he’s currently writing a film script on the world champion boxer Darren Barker, based on the biography on which he collaborated, A Dazzling Darkness.

The Outer Circle is available now from Primrose Hill Books.