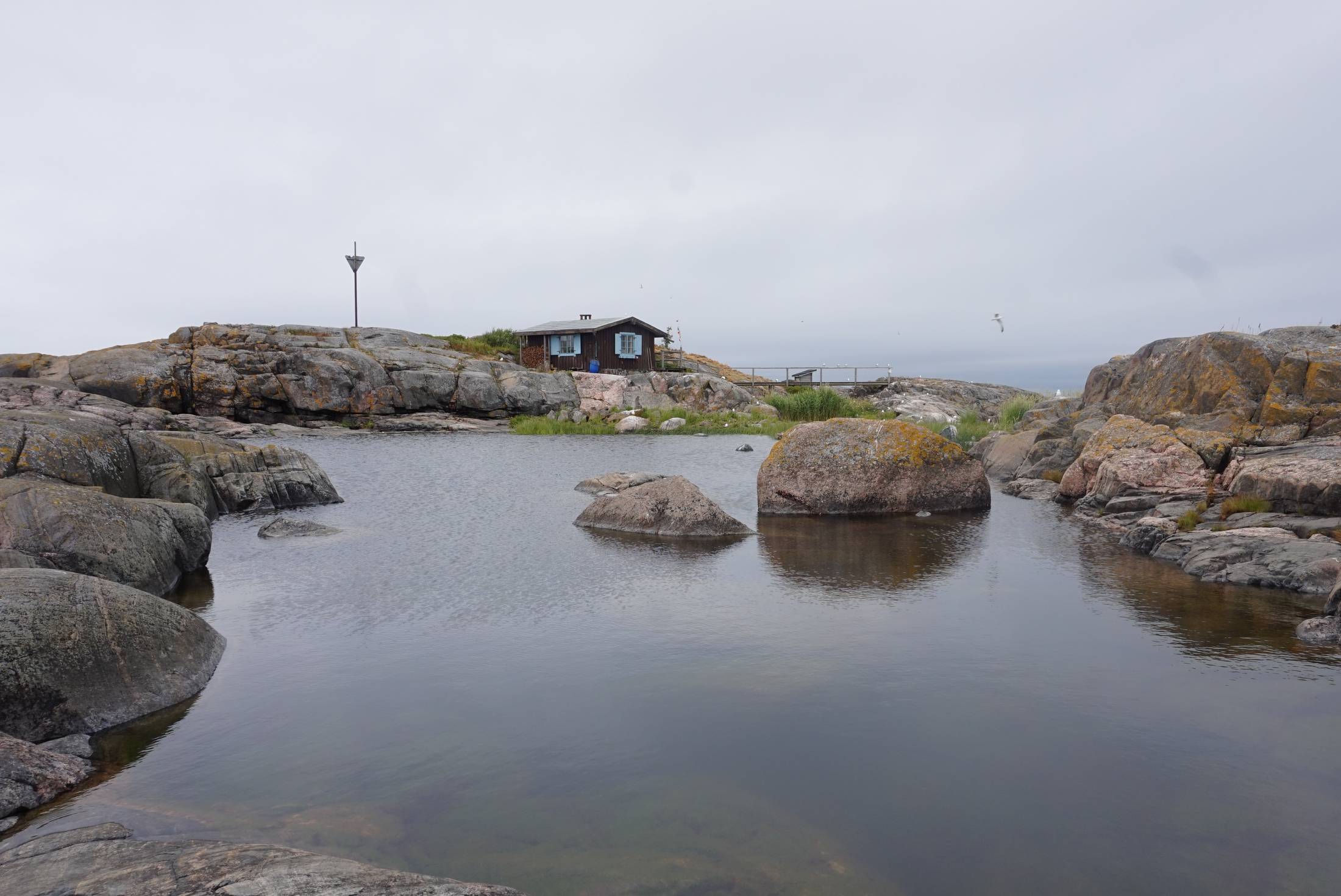 It is not every day that an opportunity arises to sail to a far-flung island in the middle of the Gulf of Finland. But that is exactly where one Primrose Hill local found herself on Midsummer’s Day.

Local artist Chloe Harbour embarked on a week-long trip to Klovharu, one of the many small, rocky islets lying off the coast of Porvoo in the Pellinki Islands that make up the Gulf of Finland’s outer archipelago.

This special island, about 80 kilometres east of Helsinki, was once home to renowned Finnish writer and artist Tove Jannsson. Jannsson lived a remote existence on Klovharu for almost thirty summers up until the 1990s with her partner Tuulikki Pietilä. She is famous worldwide as the author and cartoonist of the Moomin books, one of the most beloved children’s series of the twentieth century.

Chloe’s own admiration of Jannsson came about by chance after she worked on an exhibition celebrating the artist at the Southbank Centre in 2016. This meant spending nine months living and breathing Jannsson’s life while taking visitors on immersive tours of ‘Klovharu’, an installation of the island recreated within the exhibition. “I dreamt about going to the island for so long that I made it my mission,” Chloe said after recently giving a talk on her experience at the Primrose Community Centre.

The island is now fiercely protected by the local community and only accessible to the public for one week of the year. Visitors can also apply to the Pellinge Association to stay privately during just eleven weeks of the summer.
Almost two years after the Southbank experience, Chloe Harbour took another Primrose Hill local, Amanda Faber, who was a friend from her Parliament Hill gardening plot, to set sail on a June summer’s day and retrace the Finnish artist’s footsteps.

For seven days Chloe and Amanda lived alone on the island, just as Tove and Tuulikki did decades before them, becoming spellbound by the uniqueness and natural beauty of the landscape. One small wooden cottage is the only shelter on the small rocky islet, constructed by Jannsson and her family in 1965. They also blasted a hole in the rocks to build an underground sauna for warmth, which still heats the little building today.
Chloe said that scarcely any vegetation survives apart from a few native shrubs, yet it is home to an abundance of seabirds, including thousands of seagulls and terns nesting in the rocky enclaves.

“It was a very simple existence, but incredibly creative. The atmosphere was always changing. The sunset would hover over the horizon, and there were so many vibrant colours and sounds from the birds – they were like spitfires in the sky. I felt as if I’d gone up into space. It’s hard to describe, but the whole island was so atmospheric and dreamy. We lost all track of time. The whole thing was very elemental.” Chloe says that Jannsson was drawn to islands and passionate about nature, and this was reflected in her storybooks and artwork.

“We really sensed their [Tove and Tuulikki’s] presence. I felt myself becoming more adventurous and artistic as the days went on. Visually the landscape was so simple, as there were just rocks and the ocean all around us. But I felt as if someone had opened up the sky and I’d stepped in to have a look at another world. It made me want to take more risks and honour the artist in me. I felt very strengthened by it. It was so special, such a magic place.”

The experience changed Chloe’s perception of her drawing, reigniting an inner flame of self-confidence and strength.

Originally trained as an actor, Chloe now wears many creative hats. She takes on participatory arts and live interpretation at museums and festivals, hosts immersive tours at the Southbank Centre, works in healthcare helping patients living with dementia to improve their wellbeing through art, and is a storyteller at the Victoria and Albert museum.
She now hopes to channel her experiences from Klovharu into her own island of creativity, with the aim of establishing a studio in the local community.

“The relationship I had with the island was very strong and the rocks were incredible to live on. They were the focal point that everything centred around. I have worked with many other people, enabling their own art through creativity and playfulness of artistic expression, but now I would really like to focus on doing that more for me as well.”