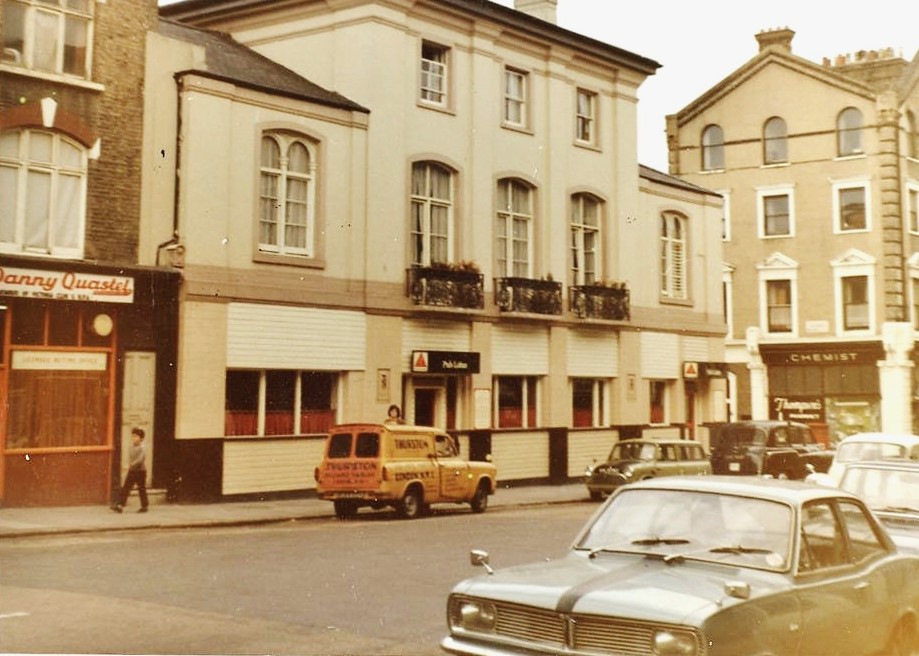 I much enjoyed reading the recent article in On The Hill by David Edwards about living on Regent’s Park Road in the late 1940s/50s (OTH September 2019). He mentioned several things that rang a bell with me, as I lived around the corner in Gloucester Avenue at that time.

Like David Edwards, I too attended Princess Road School, and I also remember breaking my arm when I was eleven years old after a branch snapped on the conker tree I was climbing at the bottom of the Hill. I wonder if it’s the same David Edwards I helped to write and perform a short comedy sketch during my time at Princess Road Primary School? As I was born in 1943 I would have attended the school from about 1948 (5 years old) to about 1955.

My mum had three sisters and two brothers who also lived in the Primrose Hill area when I was a boy. Every Sunday, weather permitting, they would all meet on the side of the Hill, just to the right of the main entrance, with their children (my cousins), so we had a great time playing and running about there.

One memory is watching a monkey which had escaped from the nearby London Zoo running across the fronts of the houses opposite. I actually formed an obsession about Guy the gorilla, and would go down to the towpath of the canal and ‘bunk in’ the Zoo by way of a hole we made in the fence. I think it unlikely, but I like to imagine that he got to recognise me as he sometimes ambled over to the front of his enclosure when I went to visit.

One of the useful aspects of the Hill was the amount of space we had to play football. Our favoured area was the strip of grass just outside the children’s playground (which we used to call ‘the swings’) where we played however-many-a-side games. Proper ‘jumpers for goalposts’ matches! At one stage another group of men started to play on another patch and eventually we joined together. These chaps were Scottish, two of whom, Alan Sharp and Peter McDougall, were well-known authors. They were talented footballers and Alan decided to merge the best players from the two groups into one team; we played in what was called a ‘banks league’, I believe.

My brother and I also played on the remains of the gun emplacement at the top of the Hill. I was sure there was nobody else around who remembered that gun emplacement. Having recently visited the area (I now live in Enfield) it’s difficult to imagine it as it was.

I also clearly remember the hardware shop David mentioned – we used to call it the ‘oil shop’ for some reason. I believe it was situated opposite the Chalk Farm Tavern, which in later years became my ‘local’. I remember at one time the owners tried to modernise the Tavern and turn it into a trendy bar called The Lotus, I think, in which the seating took the form of racing car seats. I don’t think that lasted too long! Now it’s the restaurant Lemonia.

Primrose Hill is famous nowadays for the many well-known people who live there. During my time in Gloucester Avenue I recall that David Bailey (the photographer) and a famous actor of the time called Ian Carmichael lived in the area. Things have come full circle in some ways, in that my daughter is a budding actress and is currently attending an acting school called The Bridge, situated in Cecil Sharp House. Small world, eh?

Thank you for the opportunity to relive some of my youthful memories. I hope they might stimulate any other of our contemporaries to send in memories of their own.

If you have any historic memories of Primrose Hill which you’d like to share, please email [email protected]