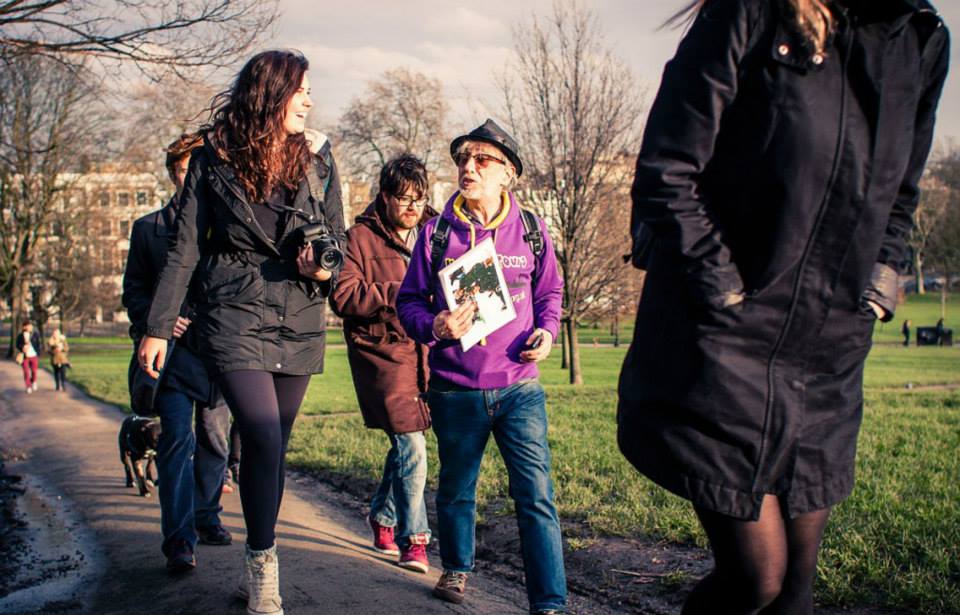 I met Mike O’Hara outside Chalk Farm tube, flourishing a folder for ‘Unseen Tours’. You may have seen him holding forth to spellbound groups of tourists in the streets of Primrose Hill. His own story is as fascinating as the tales he tells.

“I call it the ‘contrast tour’: this part of Camden has lots of poor and gritty parts, with late night bars and venues, and also really wealthy, quiet areas. I tell my tours as we cross the bridge to Primrose Hill that they are entering an ‘island in the city’, cut off by the railway, canal and park, and with a fantastic community spirit. 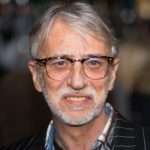 Unseen Tours is a social enterprise. It employs only people as guides who are or have been homeless. Previously I lived in Belsize Park and had a senior management job working in the city and earned good money. I’d never had a problem getting a job, but during the recession in 2008 there was just nothing.

I weave in my own experiences as I go along on the tour. I tell them how the independent shops in the village have been fought for by the locals: they even saw off Starbucks. And I give them lots of stories about the performers, actors and journalists who live here.

I’ve always been into music. I managed bands at one point and I know lots of musicians. I used to hang out in the Marathon on Chalk Farm Road when the likes of Keith Richards, Jarvis Cocker and later Amy Winehouse ended their nights there jamming.

I show them photos of local celebrities, but of course I never say exactly where they live. I get lots of support from the local community including celebrities such as Nick Grimshaw and Sadie Frost and I get some great anecdotes from people like Andrew Marr and Robert Plant over a pint down The Princess.

When I couldn’t get a job I took off to Vietnam and worked as an English language teacher. It was great. I used to DJ there as well. But after two years there I got really ill, couldn’t work. I sold my Rolex watch to pay my hospital bills and buy a ticket back home.

I arrived back with $100 in my pocket. I ‘sofa surfed’ but eventually I ended up on the streets. After a nightmare time a charity helped me to get a studio flat in Oldfield. I have a park view which is better than most of the celebrities who live here!

Even with a secure place to live I was finding it hard to make ends meet on benefits. I couldn’t even join in with friends for a pint. I’ve even used the local food bank.

The chance to work for Unseen Tours has made a big difference. I really love doing it. I take them up to the top of the hill to show them the view of the City (and have a go at the bankers who haven’t paid for what they did to so many ordinary people!) and then along the canal to Camden and tell them about the birth of Punk, Indie and Britpop, a real contrast.”