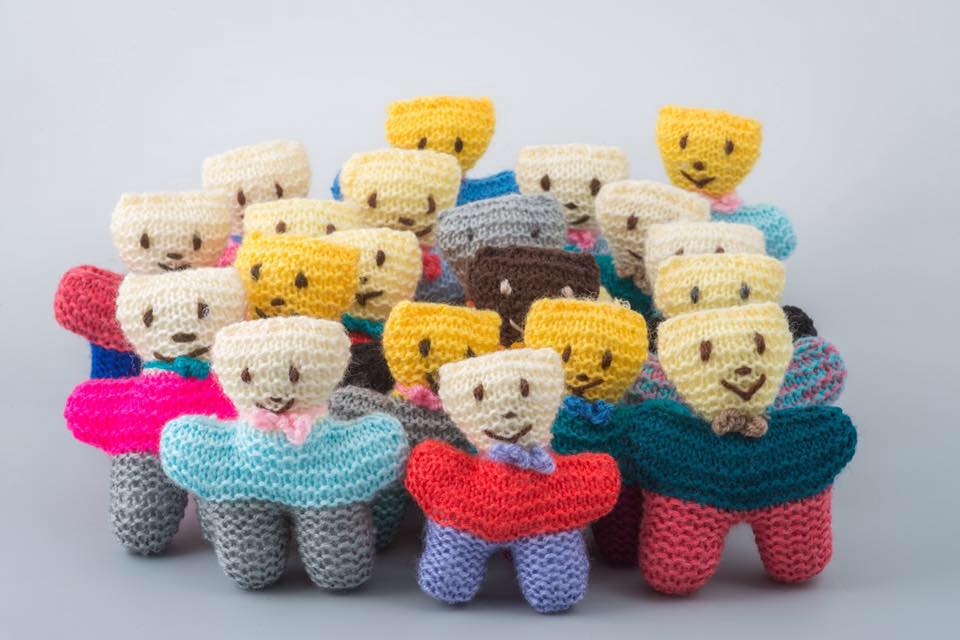 I was welcomed by Suzy Messenger to her hidden away home with its beautifully planted patio. Though I had lived on the neighbouring street for nearly 30 years, I didn’t know these five little disabled-friendly bungalows existed.

For many years I lived in Kent and was CEO of a charity there: I developed services for unaccompanied refugee children and young carers, among others, so I was always into finding ways to meet needs.

After a crisis I ended up in Cornwall. I moved with just a suitcase and rebuilt my life there, working part-time as a funding adviser for community interest companies and those kinds of organisations. Then I had some serious health problems, and partly through that I became a Christian.

The idea for Tiny Souls came out of the prayer group I belonged to. The time when a woman has a baby is so very special, a miracle of life really, but some women have little or no support. So I had the idea of ‘nurture boxes’ for new mothers in difficult circumstances, women in prison, refugee camps, Women’s Aid refuges, addiction centres. In no time the church was filled with knitted goods. I did a short interview on BBC Radio Cornwall and it went ‘Whoosh!’ It just caught fire and evolved, with volunteers and its own premises. We put a little prayer card in with each box or little toy, a message of love and hope.

Funnily enough I can’t knit anything complicated myself! But my grandmother lived on the Isle of Arran, and I used to spend six weeks of the summer holidays there; it was wonderful for an inner city child. I can remember holding the wool for her to rewind. My mother was a great knitter too, so I never had cause to learn.

I moved here through the national housing association swap system to be nearer my daughters, both of whom have had babies this year, and so Tiny Souls has closed its office in Cornwall. I would like to start up ‘knit and nurture’ groups again in London, and am looking for a new base. The need is certainly still there.