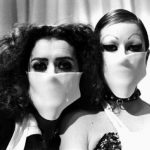 The demented domestic Magenta from The Rocky Horror Picture Show, the cult musical to end all cult musicals, lives in a quiet street overlooking Primrose Hill.

There is nothing quiet about Magenta’s progenitor, the exuberant Patricia Quinn, one of the stars of the sexually liberating 70s rock musical and its 1975 film adaptation, which is still drawing audiences around the world. There was no mistaking her as she opened the door of her flat to On The Hill.

The trademark reddish-purple curly hair of Magenta contrasted with her outfit of totally black top and leggings, a brooch of the red lips you’ll see at the beginning of the film, arms loaded with silver, gold and black bangles, a massive pearl ring, glittering golden nails, blue-rimmed glasses and a dazzling smile. “I got off the boat from Belfast aged 17 and didn’t go back. I wanted to be an actress.” This was the beginning of two hours of a highly entertaining stream of consciousness description of her career before, during and after Rocky Horror. I was swept along, mesmerised, enchanted”.

“Robert and I married in 1995 and then he got knighted by the Prince of Wales, so I am Lady Stephens,” she says. “It’s incredibly funny for a Rocky girl and Playboy bunny (that’s another story) to be a lady now.”

The Rocky Horror saga began in June 1973 as a three-week theatrical production at the 60-seat Theatre Upstairs at the Royal Court in Sloane Square.

“We were making this up as we were going along, daily. It began with a couple of songs and not many lines, and it still doesn’t have many lines, which is what’s great about it,” Quinn says with a laugh. “Within three weeks, London was buzzing with The Rocky Horror Show. We were the toast of London, and we didn’t know what had hit us.” 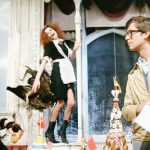 The blend of transsexual sci-fi horror, dark comedy and musical numbers was nothing London had ever seen before (or since, really). “People were queueing down the street, Mick Jagger, Princess Margaret. The Rocky Horror Show quickly gained a reputation as the show to see.”

“I nearly didn’t do the film,” she says, explaining that in the stage show she sang the Usherette’s opening number ‘Science Fiction/Double Feature’. “In the film version the director Jim Sharman decided to give the number to Richard O’Brien, because he thought it would make the opening stronger. I was furious and said I wasn’t interested. But the director talked me round.”

Just as well, because although O’Brien sang ‘her song’ in the opening title sequence, it is her disembodied lips which are synchronised with the lyrics of the title song and they ended up being arguably the most famous lips in cinema history. “I love it,” she laughs, “other than perhaps Mick Jagger’s mouth.”

One song not altered is ‘The Time Warp’, a parody of the dance song genre in which much of the content of the song is given over to dance step instruction. “Jump to the left, step to the right…” The dance is one of the major audience-participation activities during screenings of the film and performances of the show. It has become a popular song beyond the reaches of the film and show, and is often played at dances and weddings. Not sure this is recommended for
Primrose Hill Library, though.

“It was blood, sweat and tears working on that film, as we had to do it in six weeks. When it opened it was a complete flop, but Fox put it on at midnight on campuses across America and the audience began to grow.” Gradually it acquired a worldwide cult following, which today is stronger and bigger than ever. 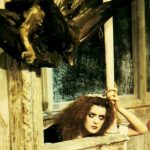 The world of Rocky Horror has continued to be part of Patricia’s professional career, and she often returns to it, appearing at fan conventions, screenings and live performances around the world. “I’m very proud of Rocky Horror. I think it’s brilliant,” she says. “Extraordinary performance. It never bores. You wouldn’t believe the number of people who have told me that the film has changed their life. People who don’t fit in or are confused about their sexuality can relate to the film, and they find comfort in that.”

Post-Rocky, Patricia went on to star alongside some of the biggest names in entertainment on stage, film and in television shows – including Doctor Who, Minder, I, Claudius, The Professionals, Bergerac and Tales of the Unexpected. 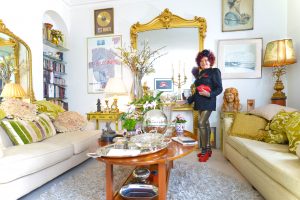 After almost two hours of highly entertaining tales from showbiz, I finally get her to focus on Primrose Hill, where she has lived since the 1960s.

“I was a Primrose Hill Girl, even before Primrose Hill was invented. My son Quinn was born in this flat in St George’s Terrace in 1970. The only reason I came to dreary Chalk Farm from the swinging Kings Road in the 1960s was to attend the amazing Drama Centre in Prince of Wales Road.” Other alumni include Colin Firth, Piers Brosnan, Tom Hardy, she adds.

Two years after moving to London she married fellow student drummer Don Hawkins, and their first flat was on Haverstock Hill. “Below us was Ben Kingsley. Then a girlfriend offered us her place in Chalcot Square. Alan Bennett lived across the road.” She pauses. “He never wrote me a part, the rotter; I’m not posh enough,” she laughs. “Can I say that?”

The house owner wanted to re-develop. “He offered us £800 to vacate, a huge sum in those days.” Passing a sweet shop she saw a flat for rent on St George’s Terrace. They got the place for £7 a week plus £5.90 for the electricity. “It was a dump, but we had the £800 to do it up. I skipped down the road with delight.”

Some years later, the Euston Trust offered to sell five houses in the terrace. “Thanks to Robert Stephens putting up the deposit, I was able to buy it. Only £14,000. It was worth double, but I wouldn’t sell,” she says looking out the sun-drenched window to the trees and the park. “Primrose Hill is my life. When I thought I might have to leave, I would cry.”

And finally, any tips for aspiring actors or actresses? She quotes the main theme of Rocky which could also be Patricia Quinn’s theme song: ‘Don’t dream it, be it’.