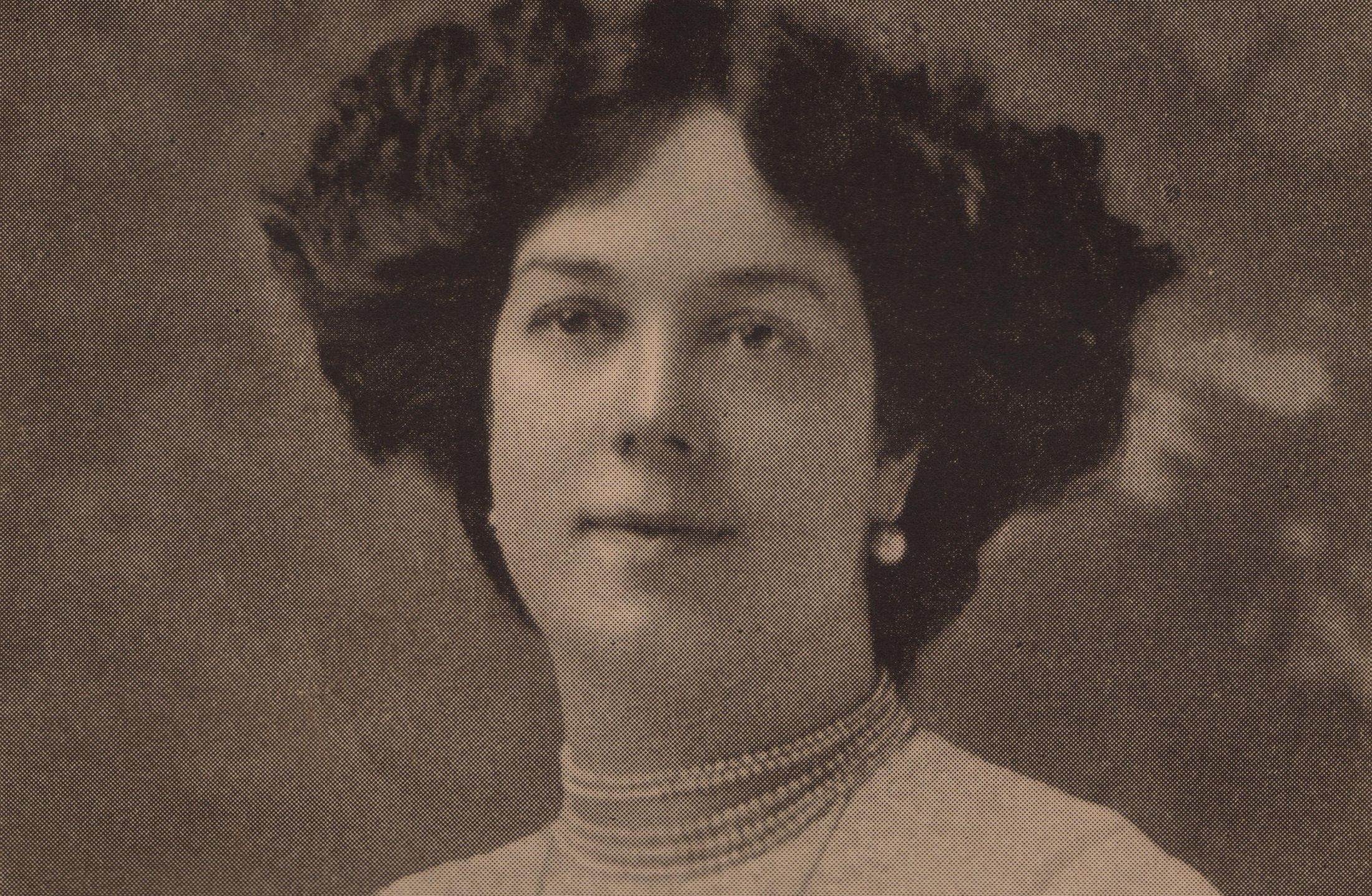 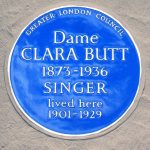 A blue plaque on the front of Compton Lodge is dedicated to its original owner, Dame Clara Butt. Dame Clara entertained Edward Elgar, Sir Henry Wood and Ellen Terry regularly after buying the place in 1903.

Today Compton Lodge offers residential and dementia care for up to thirty-four people. It is managed by the Central and Cecil Trust, also responsible for the Oldfield Estate on Fitzroy Road, Rackstraw House in Primrose Hill Road and Dora House in St John’s Wood Road.

I asked Care Home Manager, Mary Walsh, what makes Compton Lodge unique; and about changes in care over the twenty-five years since she started as Deputy Manager. 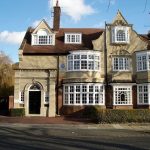 “It is the residents’ home first and foremost, and we the staff just work here. When people visit, they notice a very homely atmosphere and everyone is friendly and welcoming,” she explains.

“People are invited to visit the home at any time, and residents have visitors whenever it suits them. There are the beautiful building and wonderful gardens and we involve families and friends as much as possible to try to maintain contact with the community.”

The Compton Lodge calendar has a number of annual institutions, including the Summer Garden Party, barbecues and the Christmas Party.

“The relatives of residents who lived here twenty years ago come back to visit. We have a lot of contact with the community, including schools and colleges who come on a weekly basis for work experience. They also entertain us at Christmas with carol concerts, including the very young from nurseries.

“Years ago, care homes were about security and companionship. In the 1980s, everyone was expected to be up at the same time and into meals; everybody followed the routine of the home. Whereas now routine is worked around the individual; it’s moved from a task-oriented approach into person-centred care.”

Nowadays people stay on at home much longer before moving into care, and the last two people who came into Compton had live-in care beforehand. Compton Lodge currently has some vacancies.

“Once it was all word-of-mouth; now we’ll have enquiries mainly through the internet. The local authority no longer places residents at Central and Cecil, as they are unable to pay the necessary fees to support our standard of care. Central and Cecil generally do not advertise their homes, but recently put an advertisement in the Ham and High. On a regular basis, I will let the local GP surgeries, social workers and hospitals know when vacancies arise.” 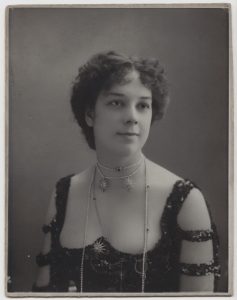 Last year, the Royal Albert Hall invited a group of Compton Lodge residents, friends and family to view a collection of Dame Clara Butt playbills, and other memorabilia in their archive. Clara performed there 112 times and is considered to have been their most prolific female performer between 1892 and 1930. She organised many important fund-raising concerts for charities there during the First World War.

Patricia Fell-Clark was the daughter of the next family to live in Compton Lodge. She married an Indian writer and intellectual named Ayana Angadi. They lived with their children on the top floor of the house, and founded the Asian Music Circle with the aim of introducing Asian culture to Britain in the 1950s. George Harrison broke a string on his sitar while recording ‘Rubber Soul’ at Abbey Road Studios and made a call to the Indian Embassy, which put him in touch with the Asian Music Circle. Patricia painted Harrison and introduced all the Beatles to the Indian classical musician, Ravi Shankar.

On a Thursday afternoon, Dr Gary Ansdel gets out a stash of instruments hidden behind the piano for music therapy. I count a cymbal and brush, a guitar, a large hand drum, tambourines, bells, maracas, another drum and drumstick. He waltzes Anna across the sitting room to a wing-backed chair before picking up the guitar to play ‘Oh My Darling Clementine’.

A squabble develops over whether to sing a happy or sad song, and Gary compromises with ‘When the Saints Go Marching In’. Before long, a rousing chorus rings out. Gary sits down at the piano for ‘Cheek to Cheek’, written by Irving Berlin in 1935, but he’s soon back on his feet offering everyone a tambourine to tap while he sings to them.

“It’s about participation, simple as that,” Gary explains when we speak after the session. After a noisy rendition of ‘What Shall We Do with a Drunken Sailor’, they wind down with ‘Loch Lomond’. He’s spent thirty years as a music therapist working in psychiatry, with children and most recently elder care. “Music and animals, they’re both sensory and accessible,” he explains.

Gary takes time to foster abilities and interests, because he believes there’s a risk of losing individuality in a care home. He values the opportunity afforded by the sessions to enliven someone’s day and create an atmosphere of joy. During the afternoon, he encouraged one resident to sing a French song learned at school, and two others to choose songs they especially like. “It’s a chance to bring out individuality – skills, talents and personality ? for others to see and appreciate.”

“Oh, I love it absolutely,” Viv agrees on my return to the sitting room after chatting with Gary. “I look forward to it lots.” Neville looks up from a book and says, “It’s a wide breadth of different types of music. I enjoy the rhythms.”

The history of Compton Lodge reaches farther than the blue plaque dedicated to Clara Butt. I first learnt about charabancs here from a lifelong Camden resident with vivid memories of selling coats in Debenham’s on Oxford Street. I’ve heard about wartime London from a child’s perspective and stories of naval service. If you’re looking for lived experience, these are the people who know what that means.