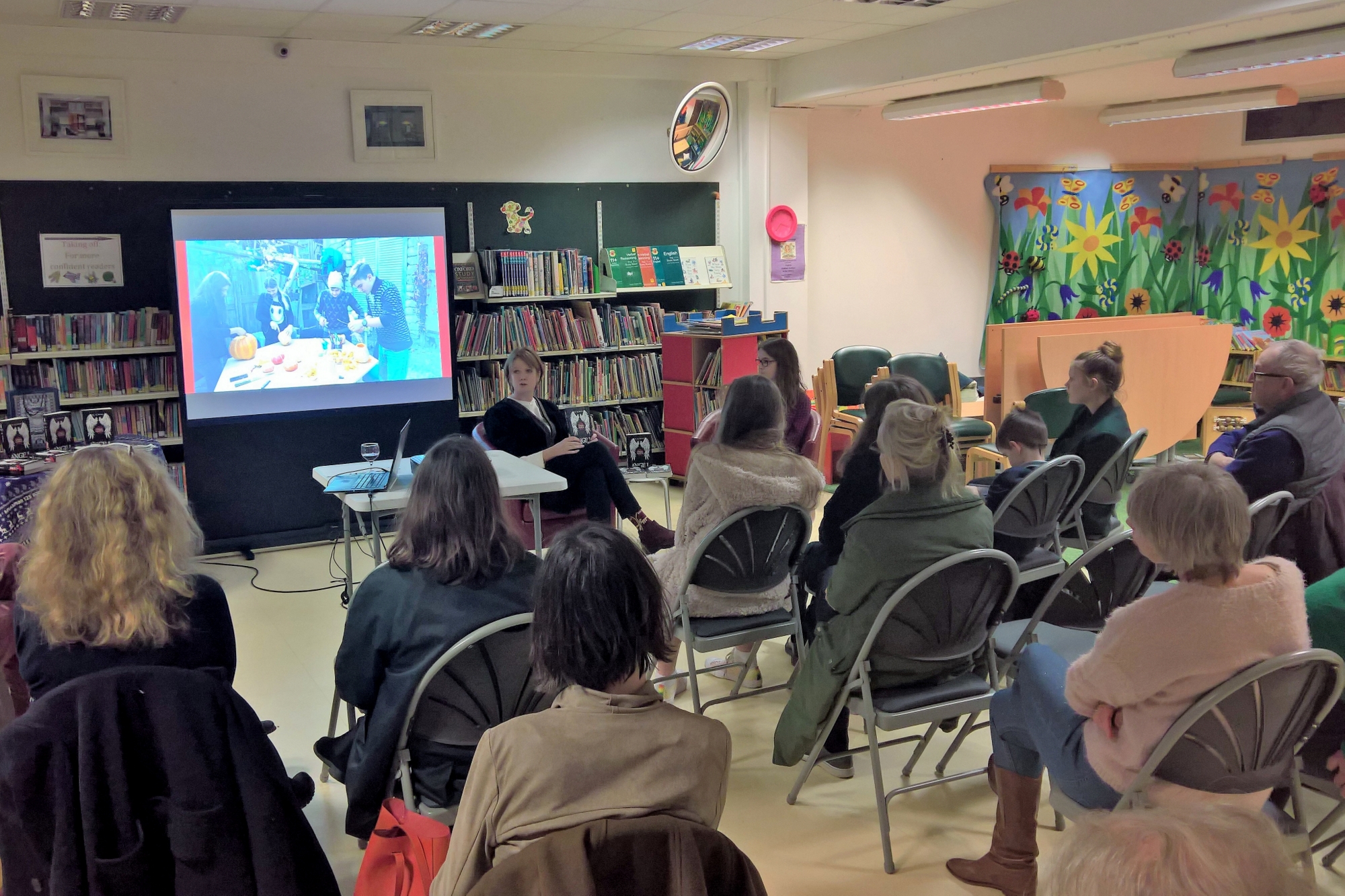 When Rob first asked if I would do an interview at Primrose Hill Library with Katie Ruth Davies, the up and coming author of Angel, I quickly accepted, reassured that it was several months in the future.

It was only as the day dawned and nervousness set in that I feared I had been foolhardy as I had no idea how to conduct a public event. I was interviewing a real author from the republic of Georgia who had come all the way to Britain to launch her book, and she was starting her tour right here in Sharpeshall Street. It is true that this event could not really compare to the Henley or Hay literary festivals, where I have watched Philip Pullman and Mary Berry answer questions about their books in front of audiences of hundreds.

Yet I was still nervous when the pair of us sat down in front of the audience, which included best-selling authors such as Sinclair McKay and Kate Summerscale, who wrote The Suspicions of Mr Whycher.

Katie grew up in England but is a restless traveller, having spent the last twelve years living in Spain, New Zealand and Georgia. She teaches English, is the editor of Georgian newspapers and has three children, and yet she still finds time to write. For many authors the infinite ideas for plots and characters in one’s head would make having another full-time job impossible, and the prospect of having three simply mad.

Obviously this is not the case for Katie who, having already finished her Blood Omen series has embarked on Dark Wings, of which Angel is the first part. Katie maintains that she believes the story is always there, just behind a metaphorical wall that she must break down. She explains the feeling of knocking down the wall, brick by brick, until she can visualise the whole plot.

Moving onto Georgian culture, Katie revealed the relevance of her clothing. Her robe was traditional warrior dress, fitted with bullet holders that could do very well for pens, I thought.

I also asked Katie about the inevitable presence of Socialist ideologies in Georgia, which after all was the homeland of Joseph Stalin. Using her husband’s parents as an example, she said that much of the older generation of the country looks back with nostalgia on the times when they could rely on the government for healthcare and education. Young Georgians, Katie assured the audience, understand that they have to work for the things they want.

Audiences at literary events like to be part of the action so I had agreed with Rob to throw open the final minutes to questions. Katie and I were lucky that the library regulars seemed genuinely interested in the book and in life in Georgia, so the session ended on a high note with their penetrating questions and Katie’s answers.

All the time we had been speaking I hadn’t realised how I had forgotten to be nervous. Katie’s kindness had put me at my ease and, though I was glad to get out of the limelight to sample some of the Georgian food she had brought, interviewing Katie is probably one of the most interesting things I have ever done.

You can buy Blood Omen 1: The Vampire Wars for Kindle on Amazon here.