Crime on the Hill 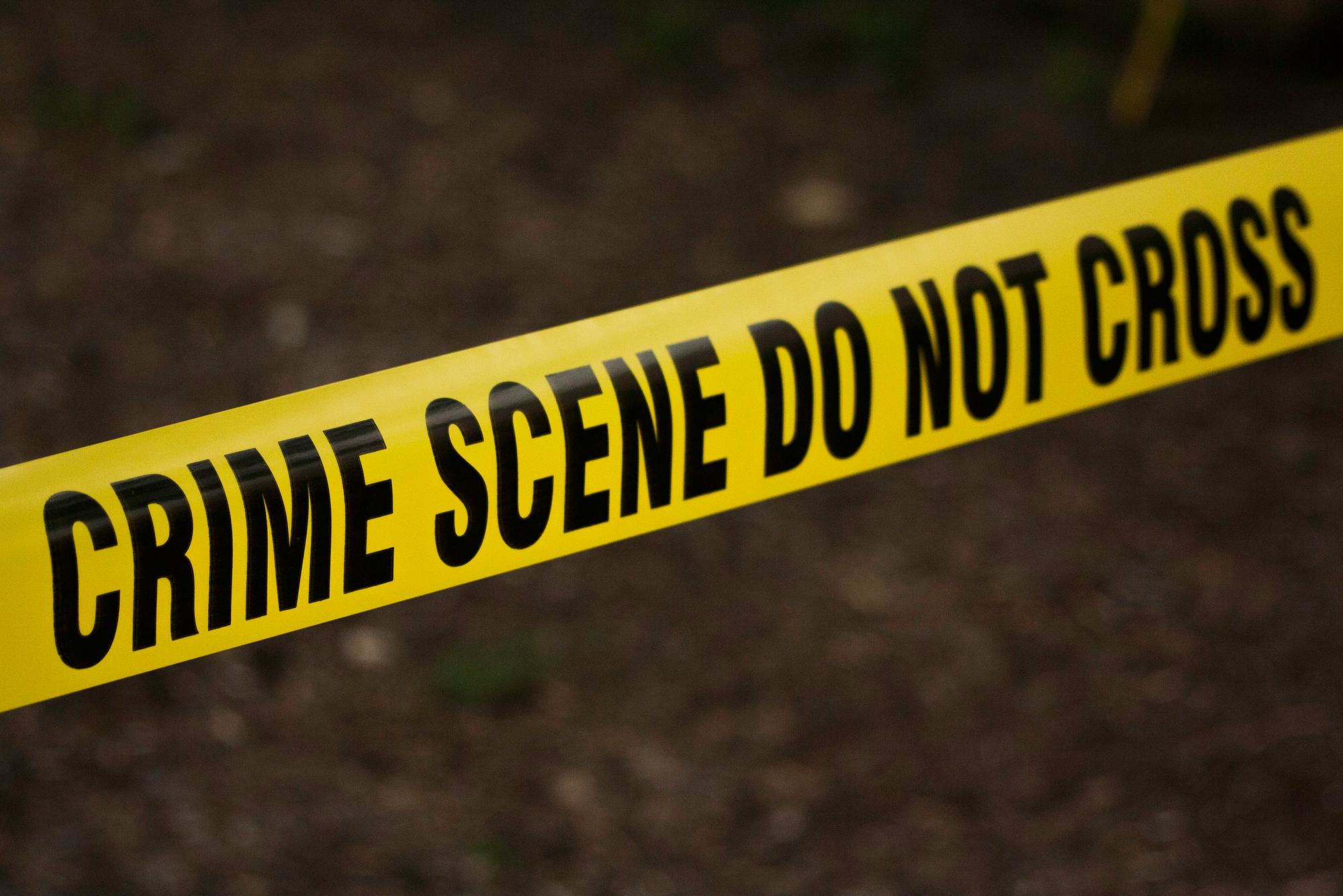 Primrose Hill prides itself on being an oasis of calm, despite being located just minutes from the centre of our capital. The village-vibe and strong sense of local community have made our neighbourhood one of the most sought-after in London, but a spate of crime has interrupted that calm and created a new sense of unease.

What is happening and why?

In the last six months Primrose Hill has seen homes and businesses burgled, car thefts, muggings, moped thefts and even the stabbing of a sixteen-year-old boy. Having been on the receiving end of an incredibly unsettling and well-planned burglary myself – the perpetrators smashed down our front door at 3 o’clock in the afternoon and stole all of my wife’s jewellery, including an irreplaceable engagement ring – can make one feel that perhaps our neighbourhood is being specifically targeted. But we need to consider what’s happening elsewhere in London and the rest of the country as well.

Crime in London is nothing new, though overall crime rates have actually been falling after a peak in the 1990s. It’s no comfort for victims, but the average person is still much less likely to be affected by crime than two decades ago. The recent national picture is not pretty, however. According to the Office for National Statistics, crime in England and Wales is at its highest level in a decade. Violent crime has increased by 18% in the last year, and overall recorded crime went up by 10% in 2016. Burglaries increased by 9%, robberies 33% and vehicle theft 17%. London has sixteen out of the top twenty worst postcode districts for burglary in the UK. Fortunately for On The Hill readers, Primrose Hill and our neighbouring postcodes do not feature in this group.

Having spent some time living in New York City, I’d always felt London to be a safer, less violent place (not having nearly as many guns on our streets is a big help) and the evidence has supported that assumption until recently. But in February and March this year, London’s murder rate overtook New York’s – certainly a worry, and we must hope that this is just an anomaly and not the start of a trend. Knife crime is the major factor, and we’ve seen a number of horrifying murders recently. Donald Trump may be wrong about most things, but he had some justification in referencing London’s knife crime in a recent speech.

Moped crime has been a particular challenge for the Metropolitan Police and has been occurring with unfortunate regularity in Primrose Hill, with handbags and mobile phones in particular being targeted. During a moped raid at Gail’s Bakery in nearby Highgate in November last year, thieves left customers terrified after smashing the shop window in broad daylight and making off with a laptop. In December a moped gang targeted 24 civilians across North London in one day. Moped thefts have increased dramatically in the last couple of years. In October 2015, 1,009 mopeds were stolen in the capital, compared to 1,598 in April 2017 ‒ a rise of 60%.

Before our former Home Secretary, Amber Rudd, was forced to resign over the Windrush scandal, she claimed that cuts to police numbers were not to blame for an increase in crime; but it does seem likely that a lack of resources has had an effect. Police officer numbers are at their lowest level in more than thirty years, according to Rudd’s former colleagues at the Home Office. In addition to a reduction in crime prevention capacity, there have been substantial decreases in central government funding for youth services and social care. Homelessness has also risen significantly.

Income inequality has grown substantially in recent years, and there is specific research indicating that income inequality leads to violent crime, with income gaps creating social tension. There is less of a consensus when it comes to property crime, though research undertaken by academics at the University of Central Oklahoma and published by the London School of Economics in 2016 claimed that as income inequality increases, so does property crime.

I asked one of our local police officers, Inspector Richard Berns from the Camden Neighbourhood Policing Team, for his views on local crime. Recognising a current spike in crime, Camden police carried out a special operation at the end of 2017. Officers worked night shifts to help bring criminals to justice. During ‘Operation Autumn Nights’ local police made a total of 48 arrests. Moped crime is also a particular focus for Berns and his colleagues.

“Moped enabled theft is our top priority. In the past six months, there has been a sharp rise in theft snatch offences. This is unprecedented, but we are determined to do everything we can. Many of our residents are understandably concerned and frightened,” says Berns. “The thieves conceal their identities with balaclavas and full face helmets, wearing generic clothing and riding stolen mopeds. They do not fear CCTV or witnesses. The crime takes place in a matter of seconds and the criminals flee to other parts of London. This often leaves those witnessing it with a sense that nothing is being done.

“It’s not easy, the Metropolitan Police Service has to save another £400 million and officer numbers will fall further,” says Berns. “We are tackling it on all fronts and taking innovative new approaches. They ride dangerously and don’t care who they hurt, preying on anyone in their sights ‒ they are brazen!

“Why do they do it? Young offenders are groomed by older criminals into this highly profitable crime, which requires very little skill. It is not uncommon for children to start as young as twelve. To the disadvantaged and those who have opted out of society, it is a very easy way to make fast cash with low risk of what they would perceive as ‘consequence’. As long as people are willing to purchase stolen phones, there will be a market for theft; and this market is international.

“We are arresting lots of offenders, many of whom are young and known to us; but unfortunately re-offending is high. We are working closely with councils to see if we can evict problem families, and the council is also installing ground anchors and barriers to slow the mopeds down. Watch this space for new tactics such as drones, cars with tire deflation devices, and DNA sprays!”

Primrose Hill resident Lisa Sexton described her own recent experiences with crime in the neighbourhood. “A group of young guys have tried to steal my bag twice in Primrose Hill,” she said. “The first time they used a girl who looked like she had a broken leg who asked to use my phone, and then the rest of the group surrounded me. I was able to run to the high street and luckily they didn’t take it. The second time they rode past on bikes and tried to grab my phone, but failed.”

Another local resident wasn’t so lucky. “After trying to take mine, they took a phone from a lady about 10 metres ahead of me,” said Sexton. “She was a teacher at the local primary school just on her way home. My boyfriend also had a Vespa scooter which lasted for three weeks before being taken in the night.

“It’s so sad that there is so much crime going on in Primrose Hill ‒ two friends have been broken into recently as well. I do generally feel safe, although this may be because I don’t think about it too much. I would be supportive of having a private security patrol active around Primrose Hill. If residents rallied round to do this, I think it would be a good deterrent and would make people feel safer.”

Fellow resident Tom Greenwood is another recent victim of crime. “Within the space of a few weeks my car got stolen and my wife, who was eight months pregnant at the time, had her phone snatched by a moped gang just off Regent’s Park Road,” said Greenwood. “It made her feel unsafe walking the streets. I think a greater police presence would help deter the thieves.”

The recent spike in crime in Primrose Hill is a worry, and residents need to be cohesive and resilient. Although our village can seem like a bubble, we aren’t immune from wider problems that have been impacting on London and the UK as a whole. The fact remains, though, that Primrose Hill is one of the very best places in the world to live, and we have a fantastic local community. I for one am very grateful to call it my home.