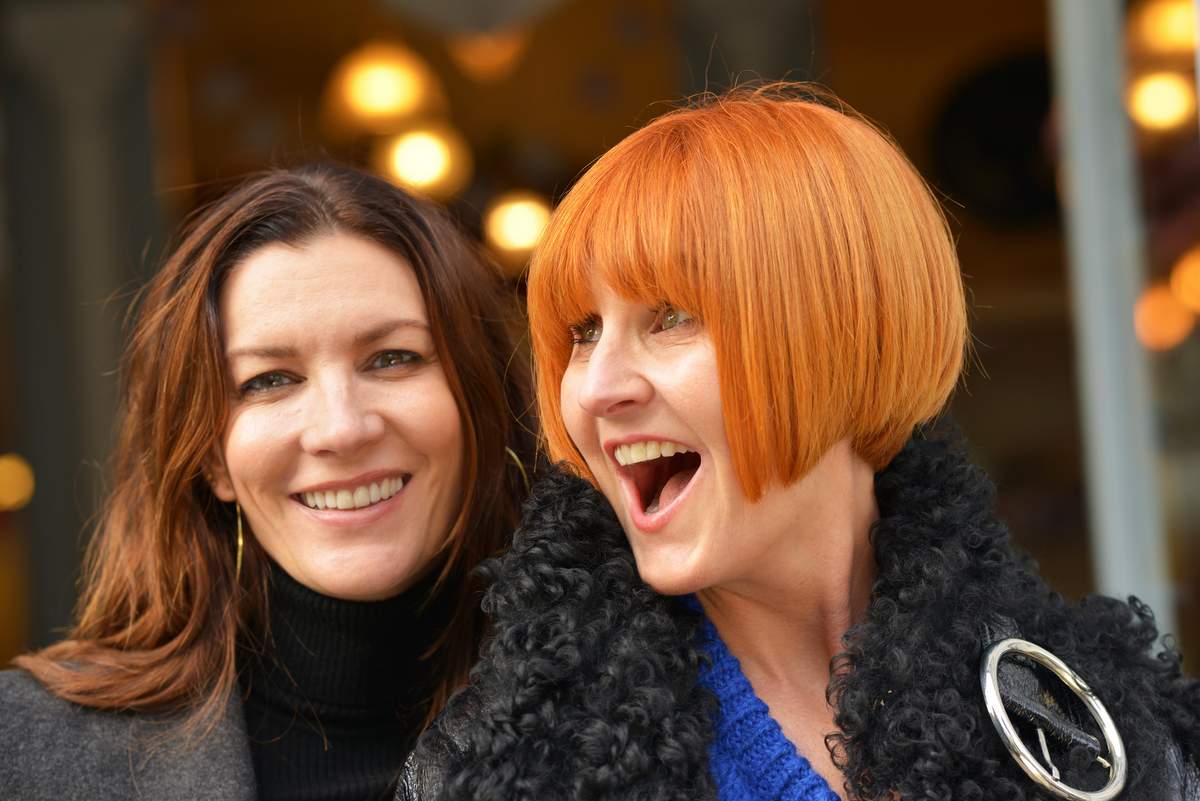 In a special interview for On The Hill, retail expert and TVpersonality Mary Portas talks to Micael Johnstone about how she hopes her new book, Work Like a Woman, will inspire a new way of working and living

A career in business

Mary Portas grew up in Watford as part of a large Irish family. Even from an early age, it was clear that she was instilled with a work ethic and drive that would propel her meteoric rise to the top of the retail world. is a huge priority for Mary, whose parents sadly passed away in her late teens. Mary has three children (Mylo and Verity in their twenties, who is six) and lives in Primrose Hill with her wife MelanieRickey.

Mary started her career on a management training scheme at Harrods, moved on to Topshop and Harvey Nichols, where she was creative director and a board member before the age of thirty. Her new book, Work Like a Woman, A manifesto for change, begins by describing her early career and the numerous challenges faced by women in a male-dominated corporate culture. She refers to the fact that she – as with so many women – felt compelled to adopt a more alpha approach to working life in order to navigate a patriarchal network.

Mary’s recognition that there must be better (less old-fashioned, less linear) ways to run businesses was one of the reasons why she left the security of a well-paid job at Harvey Nichols in 1997 up her own retail agency, Yellow Door, which she rebranded as Portas in2013. Mary has developed a reputation as one of the world’s leading retail experts: she has been a senior adviser to the UK government as well as making numerous television series on the subject. On The readers will be familiar with the vibrant Mary’s Living and Giving shop in Regent’s Park Road, the first of her 26 across the and raising £15 million to date for Save The Children.

“I want to get to a place where significant change can happen – that’s what motivates me,” Mary says. “After the last five years of disruption in politics and the arrogance from world leaders, I feel that I want to share my experiences and ideas so that success and the way we work are seen in less aggressive and hierarchical ways.

I want my children to go into a world of work that enhances their lives. It was cathartic to look back at what I accepted then; but we’ve got better, although things are still not nearly good enough, says with real feeling. “My kids have been affected by the global crash that was caused by blinkered and greedy aggressive behaviour incorporate offices. It has affected a whole generation in a toxic way. Right now we’re still not dealing with the root causes.”

We discuss what working life was like for Mary in the early part of her career. There are numerous examples in the book of how challenging things were for women in the hyper-competitive era of the 1980s. We don’t actually talk about Margaret Thatcher in our interview, but the fact that our first female prime minister felt compelled to adopt male characteristics to earn the respect of her predominantly male peers in politics and business is well documented. Mary refers in the book to the fact that Thatcher also felt it necessary to take on traditionally male behaviour. “The power was in the hands of the men,” she says. “Even though 75–80% of buying decisions today are made by women, we only have 10% women on retail boards. There were implicit codes. Things were very hierarchical, with power at the top. In order to reach the top you had to become alpha and play the game. Most women just didn’t want to. It was exhausting.

Mary believes that these traditional hierarchies have little merit in a progressive workplace. “I think we should have hierarchies based on competence power in business should teach, train and guide others. I try to be feed from the ideas of the team. Everyone should have a voice.”

Mary has been implementing the new ways of working that she describes in the book with great success at Portas. “Collaboration means not just ‘me’ and ‘I’, it’s ‘us’ – so that everyone feels part of it,” she says. “Everyone is recognised, so that it’s not just one individual taking the credit. Everyone is hired for a reason and they bring something valuable to the team; we have an open-plan office that encourages this.” It’s clear that Mary genuinely values the opinions and input of all of her colleagues, regardless of their age or seniority. Portas has established a ‘Sunshine Committee’ made up of juniors in the business who regularly put forward suggestions about what they think the office needs to ensure continuous improvement.

Two other ‘female’ characteristics that Mary thinks we need to bring to the world of work are empathy and trust. “We are humans and other things happen outside of work,” she says. “It’s about accepting vulnerability and showing this from the top. Trusting each other – and sticking to what you say you will do –creates mutual respect and others will support you. We need to keep creating space for this.”

I ask Mary why business people are looking at these values now, as opposed to the traditional success measures that focus on individual performance. “Shifts happen,” she says. “There’s a clash of toxicity versus the new openness of millennial ideals. After the financial crash, millennials want to enjoy life now as they have no security. There’s also the ‘Me Too’ movement and the new businesses are disrupting things as well.”

Although some positive shifts are happening in the business world, there is still a long way to go. Mary says that it will take her 22-year-old daughter Verity until she retires to achieve pay parity with men. She believes that we also need significant policy change from the UK government to support women at work. “Governments have only worried about economic growth, not happiness,” she says. Mary describes having children as ‘the elephant in the room’ when it comes to equality for women at work. The new book details the huge economic opportunity that a more progressive commitment to paternity leave and shared parenting could unlock, by allowing more women to continue their careers. A lack of affordable childcare is another key area that Mary believes needs to be addressed (on average childcare in England is more than four times as expensive as it is in Denmark).

How does Mary hope to get more businesses to adopt the progressive principles she is advocating in Work Like a Woman? “First of all, people need to read the book as a business-owner and agree that this makes sense. The values are more important than linear ‘me values’. This is the way it’s going. Women need to come together as a group and build alliances. I hope to put these issues on the public agenda and really question things.”

At home on the hill

We finish our conversation by talking about the local neighbourhood. Mary has lived in Primrose Hill for six years, but had hoped to move in sooner. “I wanted to move here fifteen years ago, but my purchase fell through! Primrose Hill just has an energy that connects with you, it vibrates with you at a deep level,” she says. “There is this idea that it’s all party crowds – rubbish! Primrose Hill has a really eclectic mix of people that believe in the place. It’s the sum of the trivial interactions ‒ walking the dog, chatting to local people.”

Mary has a few ideas for positive changes to make Primrose Hill even better: “I think we need an Indian restaurant, don’t you?! I’d move the farmers’ market to the bridge instead of the school, to encourage people to flow into the neighbourhood and visit more of the local businesses. I’d also allow more flexible parking on Regent’s Park Road during the week, to make it easier to shop.”

What would her ideal day in Primrose Hill involve? “I don’t have one day in just one place – that would be heaven! I’m driven around on a motorbike to a shoot in Hackney or to the office in Bloomsbury.”

And her other favourite places to spend time in London? “I love Leroy in Shoreditch (a newly opened wine bar and restaurant). Also Lamb’s Conduit Street and Bloomsbury. Spring Restaurant in Somerset House is great, and the Royal Academy for a show and a glass of wine.”

Primrose Hill is fortunate to have a passionate, dynamic resident playing such an active role in our local community. Mary Portas is looking to change the world radically for the better, and her passion and ideas may well play a big part in doing just that.

Have fun.
Be kind.
Do your best.
Use your voice.
Stand up.
Speak up.