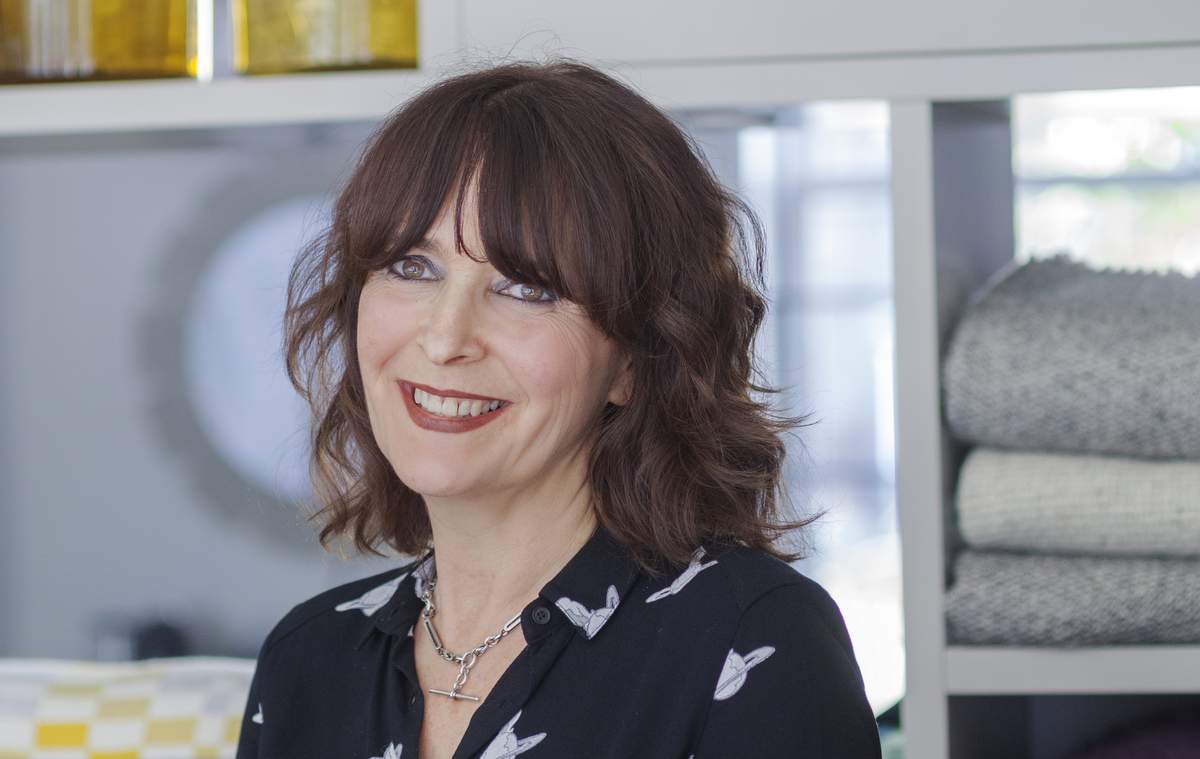 When Georgina Cave was at school in the 1980s, she was not allowed to study Art A level as it was considered non-academic. After leaving school, she worked as a photographer’s assistant in the fashion world. Soon after she married, she found her calling. With little money, she did up the first home that she shared with her husband. She stripped floors, painted cupboards, sourced reclaimed worktops and vintage furniture, and even painted a mural in the room for her firstborn. Before long, friends were asking her for interior advice and help with redecorating their homes.

After her second child was born – a daughter who now works with her – Georgina studied for a year at the Interior Design School in Queen’s Park. She felt as if she had found her way back to the art that she had wanted to study at school; and with a mother selling antiques in Camden Passage, Islington, it was no surprise that her teachers at the school thought she had the passion and flair for a career in design.

From the start, Georgina was intent on reflecting her clients’ personalities and tastes in the functional and creative homes that she designed for them. She works organically with her clients, giving them the confidence to mix different materials, colours and textures. Georgina speaks enthusiastically about combining twentieth-century modern furniture, antiques and vintage pieces that she sources from fairs with other items obtained from trade shows or which she designs herself. She may well hang a beautiful chandelier over a concrete kitchen worktop or pair a modern lampshade with a lamp base from the 1800s, or use pattern on pattern in fabrics.

Georgina opened her shop, Cave Interiors, at 29 Princess Road in 2010. Since then she has been designing her own bespoke pieces – lights, tables, desks, beds, sofas and more. She carefully selects her materials to be always humanely sourced, and often reusing existing pieces so as to recycle wherever possible. If you visit her ‘curiosity shop’, you will find an array of mirrors, lights, vases and cushions. She is also assisted by her niece Sophia Marks of Ruby Watts, and her daughter Anouska is about to launch quality old-fashioned eiderdowns with vintage-inspired fabrics. Although Cave Interiors is all about style and individuality, it is clear that Georgina’s instinct is for comfort and to please the senses. She says, “I like to think that I create beautiful but real homes where our clients can kick off their shoes and live in a relaxed and comfortable way.”

In 2006 Georgina appeared on BBC1’s Britain’s Empty Homes. She found a 1990s bachelor pad property in Belsize Park, which she gutted, stripped and fully reconfigured, transforming it into a home for a family of four and their huge, bouncy dog. Thereafter came one of her most memorable jobs – what she calls the Queen’s Park Project. Working with architects, she reshaped a house that had been owned by the same family since the 1930s and had never had any electricity installed. Still she remembers the zinc worktops, calacatta marble subway tiles, reused doors, mismatched handles, antique French tiled floors and the restored Victorian ones. With muted colours, she mixed eras and delighted her clients who later told her, “We shall miss sharing everyday life with you.”

Possibly the pinnacle of Georgina’s career has been renovating historic and landmark listed buildings. She spent three years putting her heart into a development project on a Grade II* listed Georgian house in Hampton. During the 1970s the house had been carved into offices, and the aim was to work with a surveyor to make it into a single family home. Georgina reinstated panelling, cornices, fireplaces and gave particular attention to restoring the music room, which had been inspired by the Alhambra Palace in Granada.

Georgina’s design focus of mixing modern with old is reflected in the kind of person that she is. She likes to visit art galleries and historic houses as much as walking her dog. Paris is one of her favourite cities, and yet she also loves the vibrancy of a modern city like Tel Aviv. Although she is driven by her work, and believes it is important to live your dream, Georgina is also a family person and regards the best moments of her life as the birth of her two children.

More recently, Cave Interiors have undertaken a three-year project on an art deco villa in France. Working with French architects, Georgina and her team have completely gutted the seven-bedroom house and are building a basement across the full width of the building. Georgina points out, with a smile, that unlike her UK projects, they are digging not into clay but into rock. On such a big job, indeed on any design project, stress, deadlines and expectations all have to be handled. Georgina guides herself through the process by trusting her instincts and with the knowledge that things always work out beautifully in the end. Which is why she was recently named by House & Garden magazine as one of the top one hundred interior designers.