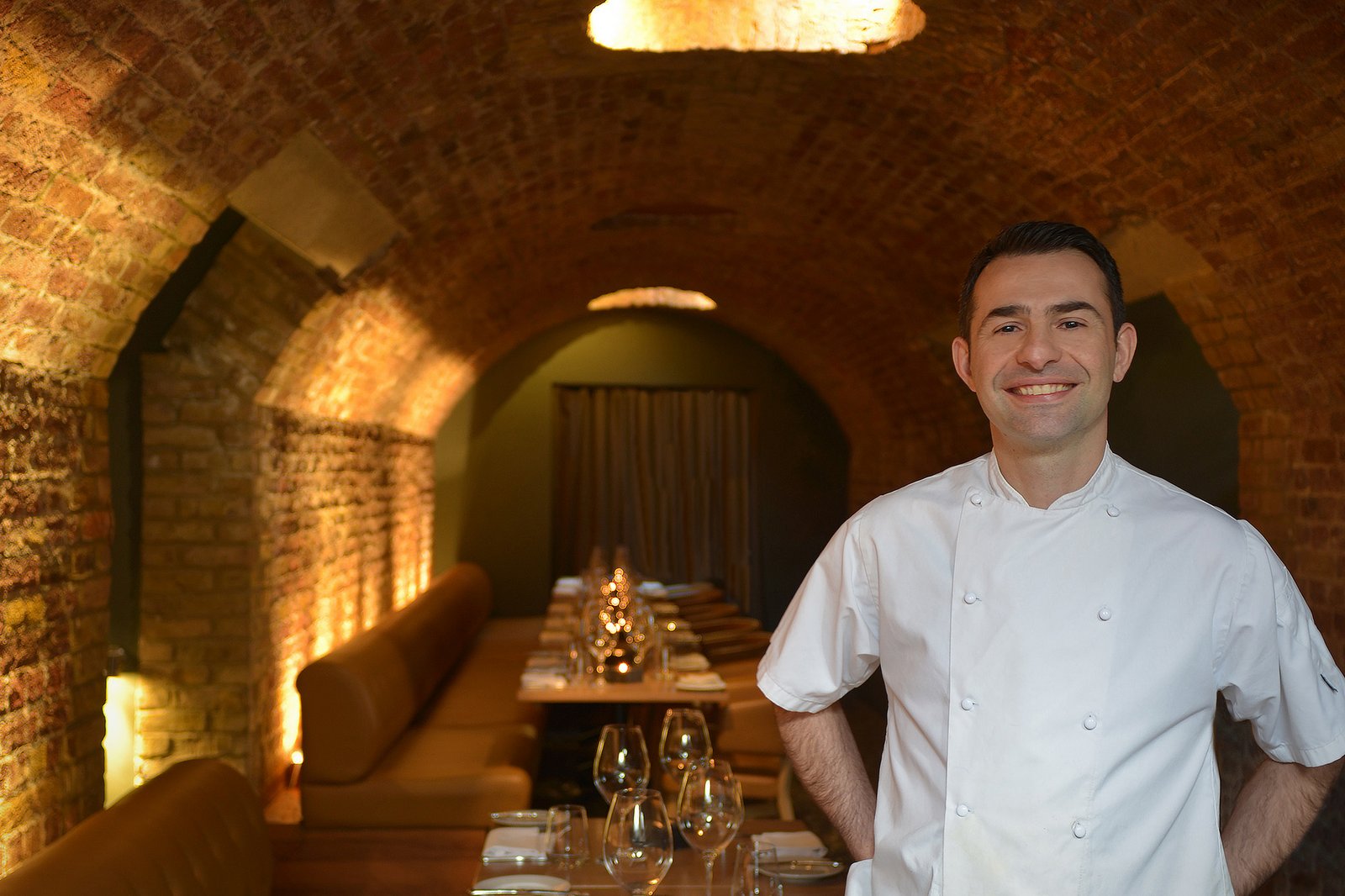 We all know we are spoiled for choice when it comes to going out in Primrose Hill, but when you walk into Michael Nadra you can rest assured that you are in for something special.

Whether you fancy a celebratory meal in the historical horse tunnel, a hand-crafted cocktail with friends at the bar (with stools!) or a simple cup of coffee on the heated terrace, Michael Nadra invites everyone to make it a place of their own.

Things could have been very different for Michael Nadra, who studied Naval Architecture & Ocean Engineering at Glasgow University, but soon after taking a summer job at Sir Michael Caine’s Michelin starred restaurant, The Canteen, he was hooked. He continued in Nick Nairn’s restaurant in Glasgow then went on to work in Gordon Ramsay’s Petrus, Chez Bruce and La Trompette. Michael has been in the industry for twenty years and a restaurateur for the past fifteen. His first restaurant was Fish Hook, a seafood restaurant in Chiswick, refurbished in 2010 under his own name when he was only 30. Having always wanted a restaurant in Primrose Hill, he opened here in 2012 in what used to be known as Sardo Canale.

The food is French-based with classical and modern techniques including a slight hint of Middle Eastern cooking thanks to his Syrian heritage. Michael’s mother and father were from Poland and Syria respectively. Michael was born in Wales, so Welsh lamb is a regular fixture on the menu. But the focus is on taste and a desire to create punchy flavours. The menus change seasonally and depend on what is fresh that day. Everything is high quality as a result of Michael’s discerning taste – even down to the bread, which is homemade and served with French butter.

Michael is keen to provide something for everyone. Besides the A La Carte menu, an Express Menu is available every lunchtime, Sunday evenings and between 6–7pm on other days. He offers a 2-for-1 happy hour from 4 to 6pm every day and all day Thursday, and if that doesn’t sound inviting enough, there’s also a Saturday Lunch with bottomless Bloody Marys, Mimosas, or Primrose Martinis for an hour and a half. If you fancy an evening in front of the telly, Deliveroo will bring items from the Express Menu directly to your door – which is basically the best-quality steak and chips, home delivered, for £12.50.

The restaurant is happy to make adjustments for dietary requirements. Dishes are made to order and can be adapted to suit different needs.
Other menus include a six-course tasting menu and a selection of party menus including a canapes. Private rooms are available for parties or other functions. One of the rooms in the restaurant is a Grade II listed horse tunnel, heading into the Stables Market, and on the other side of the wall is the tunnel which leads to the old winding engine vaults from the early railways.

This is great value, contemporary food with the Express Menu providing high-quality food at a fraction of the cost.

Now is it Thursday yet?