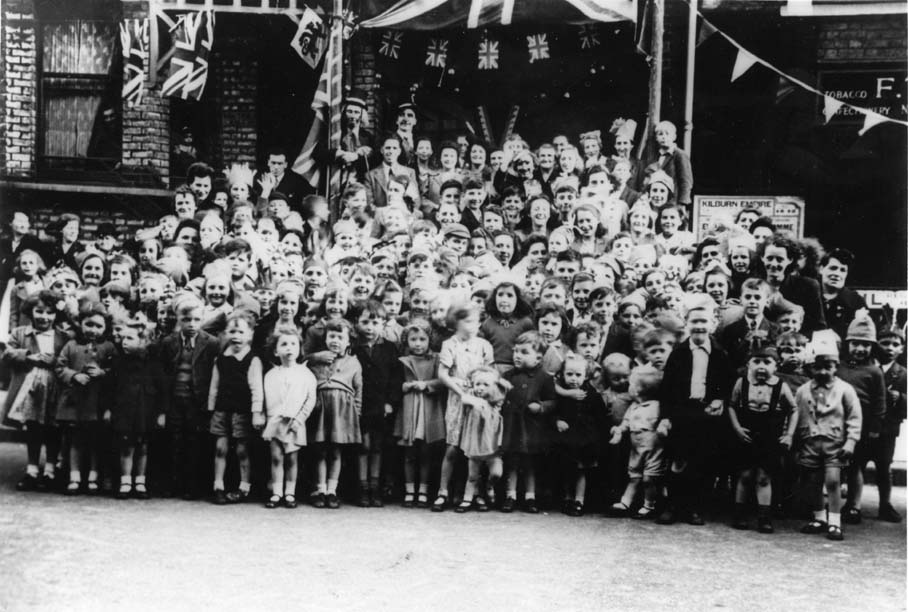 The generation who were children during the Second World War remember VE Day 1945, on the seventy-fifth anniversary

Residents of the London boroughs of Camden, Ealing, Croydon, Hounslow, Kingston and Merton shared their memories of VE Day for a short (6 min) film created by Digital Drama in partnership with the Camden Local Studies and Archives Centre.

People wore fancy dress and danced in the street. A line of tables that reached down the road was piled with sandwiches, jelly, cakes, ice-cream and lemonade after long years of scarcity. One gentleman recalled his wonder at foods never seen before; as well as his disappointment at the taste of bananas.

Others remember playing in the streets as the bombing finally ceased, or the thrills of a first ever fireworks display. For some, the fear of going to bed in case the sirens began was finally at an end.

There are also the stories of reunion with fathers returning from the war. One family painted a Welcome Home poster for the front door, while a son recalled the instant recognition when his father arrived home. For other families, there were fathers and sons who remained away at war, or who never returned.

After St Paul’s Cathedral became a symbol of hope for people across the nation during the war, it held a Celebration Service on 8 May 1945. But even on VE Day, news of deaths was still arriving.

This moving account is available to watch online through the Camden Local Studies and Archives Centre: Camden.gov.uk./local-history-exhibitions-and-events