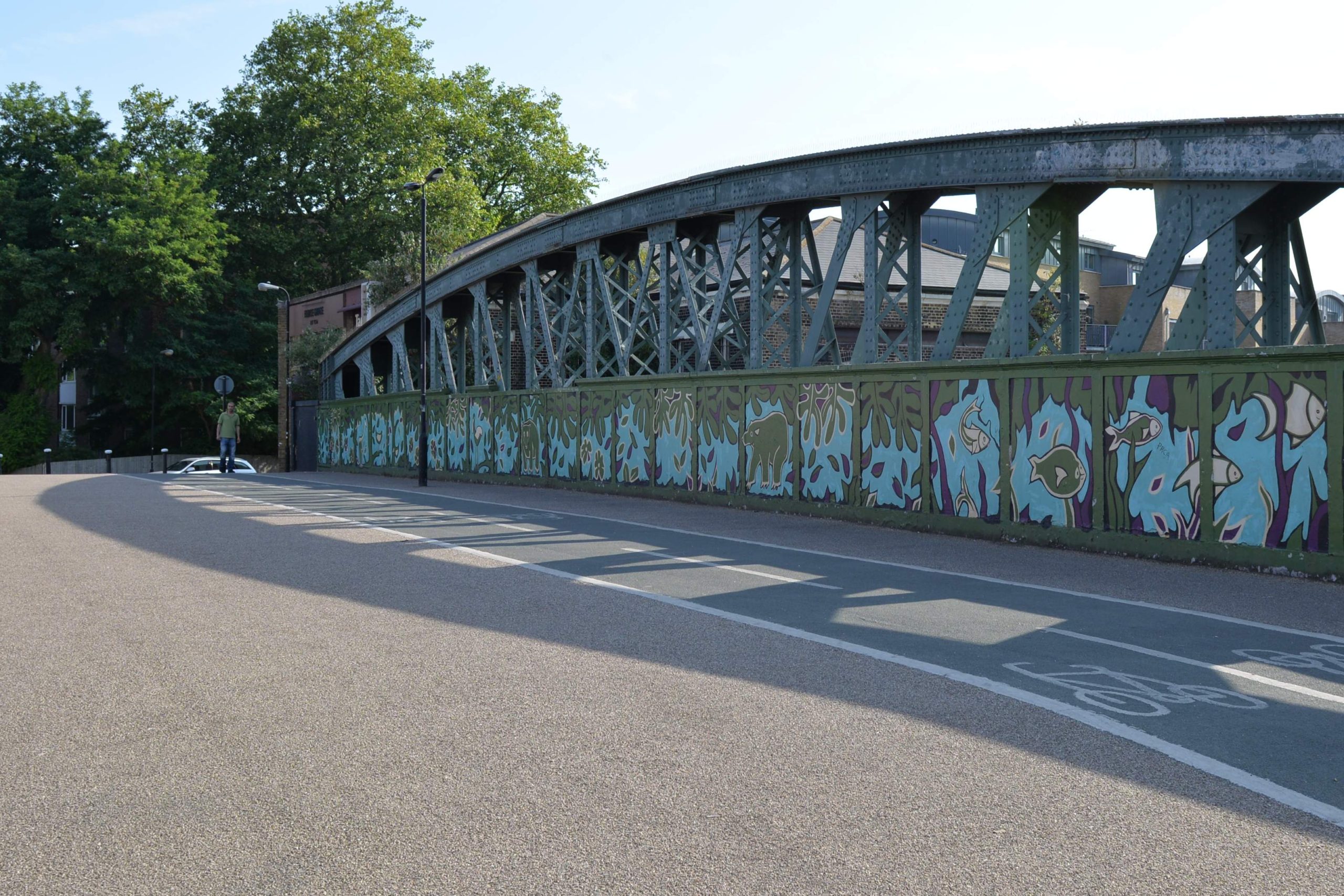 In the 1960s, heavy traffic roared through the residential streets of Primrose Hill. Regent’s Park Road, and even Chalcot and Fitzroy Roads, were through routes to the West End. Colin St Johnston, resident of Fitzroy Road for more than half a century, was chair of the local environment group at that time and recalls, “Every proposal for blocking one road was opposed vehemently by residents of another one.” Eventually in 1972, despite opposition from shopkeepers and taxi drivers, the bridge over the railway was closed – and what a difference it has made to our ‘urban village’ to have our shopping street free of through traffic. Any cars going through Regent’s Park Road are now coming to Primrose Hill for a reason, not on their way to somewhere else. Contrast it with other roads such as Kentish Town High Road and even Hampstead: we are so lucky.

Now Camden Council has put up a consultation for the closure of Elsworthy and King Henry’s Roads as through routes, and there are arguments both for and against the scheme. The arguments for ‘Low Traffic Neighbourhoods’ – or people friendly streets – are that they cut car use and make walking and cycling comparatively more attractive. Road transport is the main cause of air pollution in our area; even electric vehicles give off small particles which damage lungs. The arguments against the scheme are inconvenient access by car, fears that traffic will increase on roads around the scheme and that the changes will actually increase air pollution.

Local resident Doro Marden believes that streets are not just for traffic, they are also places for social interaction and exercise. Once the number of cars decreases, she feels that people will relax and use the space differently. “Parents and children from the tower blocks cross these roads to reach St Paul’s, and teenagers walk along them to get to UCL Academy. Higher numbers of walkers and cyclists will add to security as there are more ‘eyes’ on the street, noticing more than drivers do as they pass by.” Doro admits that there are not traffic jams on these streets, but vehicles driving through routinely break the speed limit. “I have been a driver for most of my nearly 40 years in Primrose Hill and always use one of those streets when going west out of the neighbourhood. I wonder how residents of the eastern half of King Henry’s Road, which benefits from being partly blocked at Primrose Hill Road and is therefore not a through route, would like it if traffic could drive straight down there to get to Camden Town?”

As a member of Transition Primrose Hill, Doro is keen to stress the problem of air pollution. “I helped with air pollution monitoring in the area in 2016 and 2017 – NO2 levels broke the WHO recommended limits everywhere, and they were higher than the EU legal limits in three-quarters of sites monitored, including outside St Paul’s School playground. A reminder that air pollution has been linked to smaller lungs in children, Alzheimer’s, higher Covid death rates and an estimated 9,600 premature deaths a year in London alone. A group of us from Camden Air Action did a tour of the ‘mini Holland’ in Waltham Forest, where Low Traffic Neighbourhoods have transformed residential areas. Research has shown that residents walk an average of 32 minutes more a week, and cycle more too. Car ownership has also decreased.”

She added, “As part of our air pollution campaign, Transition PH did a project with St Paul’s Year 4 kids for an Assembly. They did a survey of how children came to school, and in fact very few were dropped off by car. Primrose Hill School has a Healthy School Street in Princess Road at drop-off and pick-up time, which has completely stopped cars idling outside the school, to the delight of locals. The scheme would give more pavement space for the playground entrance, which must be a good thing.”

Clive Hale, headteacher at St Paul’s, has concerns that the council are seeming to mix two traffic schemes – the Healthy School Street’s scheme and the Lower Traffic Neighbourhood’s scheme in the one consultation – highlighting one over the other in the promotion of the works and consultation. He believes the plan would actually make air pollution worse for the pupils.

“We have considerable concerns about elements of the programme that will have an impact on children’s safety and air pollution. We believe the traffic restrictions on King Henry’s Road and Elsworthy Road will add to traffic on Primrose Hill Road, creating more safety concerns and causing more pollution – air and noise – particularly along the school playgrounds, especially given that most children access the school via Primrose Hill Road.” He added: “Where do parents drop off children safely if they have to drive, and the safest area for drop-off is part of a Healthy School Street which has restricted access at key times? The proposals make it harder for teachers and visitors to access the car park and the school.”

A number of residents have expressed concern that the proposal has been rushed through without the opportunity for any form of public meeting. Clive Hale said, “It has been very disappointing that in trying to engage in expressing our concerns, appropriate planners and councillors were not available for discussion, short of directing us to the consultation, especially where the plans are supposedly on our behalf.” He expressed hopes that the council would express due regard to the school’s appreciation for the considerations, and their equal concerns around the safety and health of their pupils. “Within this concern is the worry that the changes the scheme recommends will impact negatively on the safety, health and well-being of our pupils, concerning air and noise pollution.”

The Reverend Marjorie Brown, vicar of St Mary’s, shares similar views to Mr Hale and said, “I welcome any plan that will create a safer environment for St Paul’s School. However, I am concerned that the proposed changes will increase traffic on Primrose Hill Road, where the main entrance used by the children is located. The limitations on access to Elsworthy Road will cause problems for school staff and disabled visitors to St Mary’s Church. The proposed scheme risks creating quieter streets in richer residential areas, at the expense of worsening traffic and air quality for people who live along Adelaide Road. I believe pedestrian safety would be better safeguarded by adding zebra crossings to Elsworthy and King Henry’s Roads at the junction with Primrose Hill Road, and perhaps a mini-roundabout where King Henry’s Road crosses Primrose Hill Road.”

Other schools, notably the Rosary Primary School on Rosslyn Hill and Hampstead Hill School on Pond Street, have big banners sponsored by Budgens asking cars to turn off their engines while stationary. There is a new campaign, ‘Engine Off Every Stop’, with some helpful material – see https://idlingaction.london

Princess Road resident Pam White said, “I am usually opposed to road traffic changes here, but the Healthy School Street has been a great success and no problem for us who live here.”

The charity ‘Living Streets’ (formerly the Pedestrians Association) says: “There is sometimes concern that modal filters will increase congestion and therefore pollution on main roads. The evidence shows this not to be the case. It can take months for the traffic patterns to settle, but medium-term ‘traffic evaporation’ is well evidenced. Around 15% of displaced traffic disappears from the area entirely as drivers adjust routes and behaviour.” So just as expanding road capacity increases traffic, restricting it seems to decrease it.

Dr Audrey de Nazelle, local resident, mother and senior lecturer in air pollution management at Imperial College London, said, “I understand it’s hard not to be worried that protecting some streets from traffic will mean automatic increases in traffic in other streets. However, in the long run people do adjust and reduce their car use if it becomes more inconvenient to drive, so it’s worth pushing for traffic calming in other people’s streets too if you’d like to see less traffic in the neighbourhood. I would like to see this implemented more widely across the neighbourhood, especially around all schools and nurseries (state and private), but more generally across our neighbourhood streets, all of which suffer from way too much traffic and speeding vehicles.”

Gloucester Avenue resident Martin Sheppard believes that no decision on road closures should be made until local residents have had the chance to discuss the question at a public meeting. The shut-down of meetings during lock-down should not be used as an opportunity to push through measures advocated strongly by a minority, for which there is no local demand. He agrees with Clive Hale that the current consultation confuses two different schemes. These would be better taken separately. The current consultation document is not even-handed, being heavily skewed in favour of the proposed road closures. While everyone is in favour of child safety and cleaner air, the benefits and costs of the proposed closures are unclear on these issues.

How do you feel about these proposals? Will traffic just increase on other roads? And would the scheme be inconvenient for local drivers? The consultation has been extended to 21 March. Whatever your views, please have your say at: