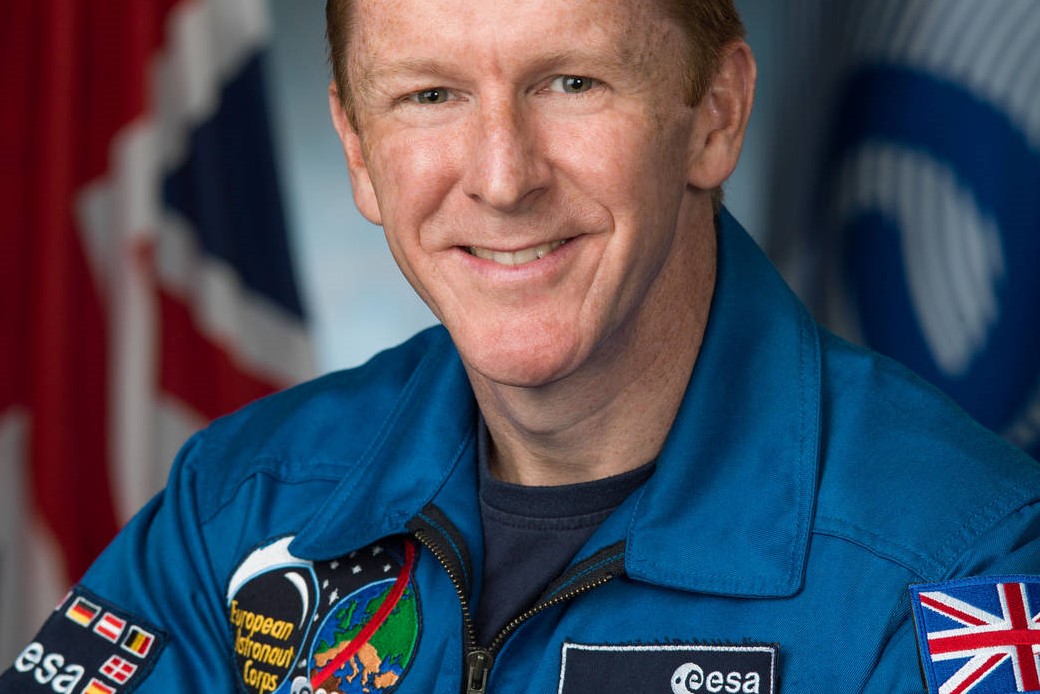 Belfast, Bosnia, blasts of gun fire and snap of shells: Major Tim Peake was used to danger, but when the Soyeuz spacecraft he travelled in initially refused to connect to the International Space Station, he experienced a threat of a different kind. Failure to attach would have meant the spacecraft spinning around in space until the fuel ran out or it hit something.

My metaphor for peril in space is symbolised by the astronauts’ space suits. They look robust but in the middle is flimsy string holding everything together; breakage means the space suit floats off and the astronaut’s ability to survive ceases.

Things are often not how they seem in space.

One evening, Major Tim looked out from the observation deck and spotted silver discs floating towards the spacecraft. He thought they were UFOs, but later found out that the discs were from the neighbouring Russian Space Station and were the astronauts’ frozen urine!

There is a world of silence within the infinity of space. Everyday sounds like the birds in the trees, or sensations like feeling the rain on your face or the wind in the air, don’t exist.Yet when looking down to the cradle of life that is our Earth, I felt serenity.

For six months the Major spent almost every moment in the European Space Station. He described the experience as being similar to lockdown – except in lockdown you can order takeaways and go for walks. In his free time he did simple activities like reading books. This activity had a Harry Potter feel to it: looking up from reading, he saw his other books floating around him.

Major Tim sacrificed precious time with his two small children and wife because he feels strongly about the positive effects of space expeditions, including medical research and expanding frontiers. Over 8,000 applicants applied to be one of the six astronauts working in the European Space Station. Although he felt his chances were small, he researched the role, and space, and worked extremely hard on his application form. Major Tim is an excellent example of what dedication, determination and discipline can achieve, and he is an inspiration to me

Thank you, Major Tim, and the Future Talent organisation for organising the Q&A. I will be following you in 2024 when you return to space.