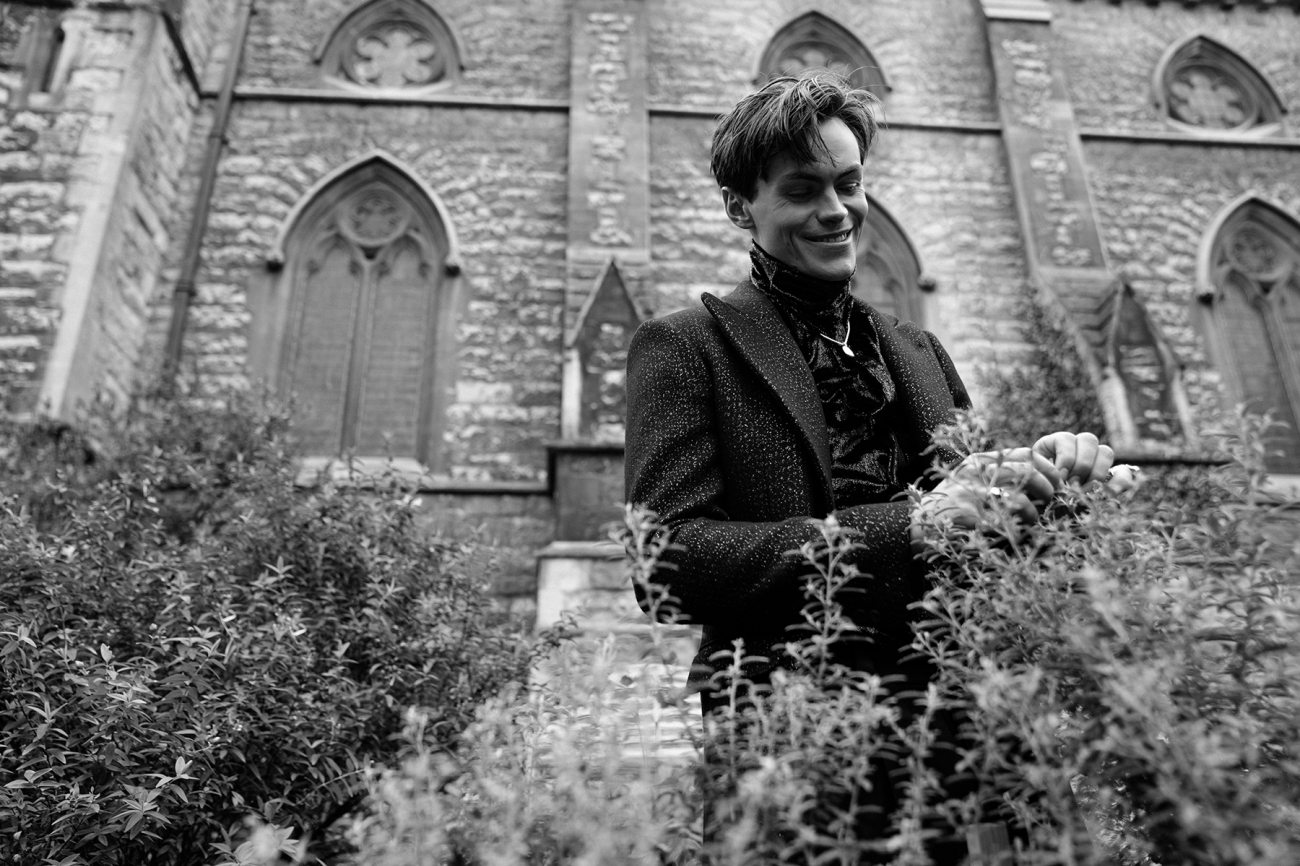 When Freddie Carter was creating the character of Kaz Brekker the cunning gangster and con man for the new television series Shadow and Bone, his neighbours probably thought he was going crazy!  The lyrics of ‘Sinister Kid’ boomed out by the Black Keys, and then there would be sudden silence replaced by the endless tap, tap, tap of a cane. Why? The character of Kaz Brekker based on the Grishaverse novels by Leigh Bardugo was far more challenging than other roles he’d played such as the gentle stable boy in the Netflix series, Free Rein. The opportunity to play this role was a much-embraced challenge

Freddie told us at the MCM Comic Con panel:

“I had the challenge of creating the character of a sociopath with a heart.”

Freddie’s process made him think about other people he had met, and he drew on his memories. He asked himself questions about Kaz, for example: the injury from the accident Kaz had when he was 14 and fell out of a window resulted him in needing a cane. Had the constant pain changed his personality? Freddie wanted to create Kaz as a character with a mysterious charm that the audience would root for despite him being a cunning criminal.

He went onto explain that he used Kaz Brekker’s cane as a way to develop his character and as a fifth limb because he got the impression from the books that Kaz’s thoughts were constantly in motion. He was determined to make the cane part of him and not just bring it on set and then leave it there; he actually used it as if it was his own cane and worked out how to do everyday things with it like sitting and rising from a chair. Freddie explained that the tapping of his cane reminds Kaz of his many deals whilst he plots his next one.

Freddie went on to explain that he creates characters by:

“Finding himself through others and relating to a bit of himself.”

Our research found he was sent to boarding school; we think that’s where he might have found characters.

Freddie Carter’s portrayal of Kaz shows great talent and his approach and dedication to the way he created Kaz has inspired us in our acting roles.