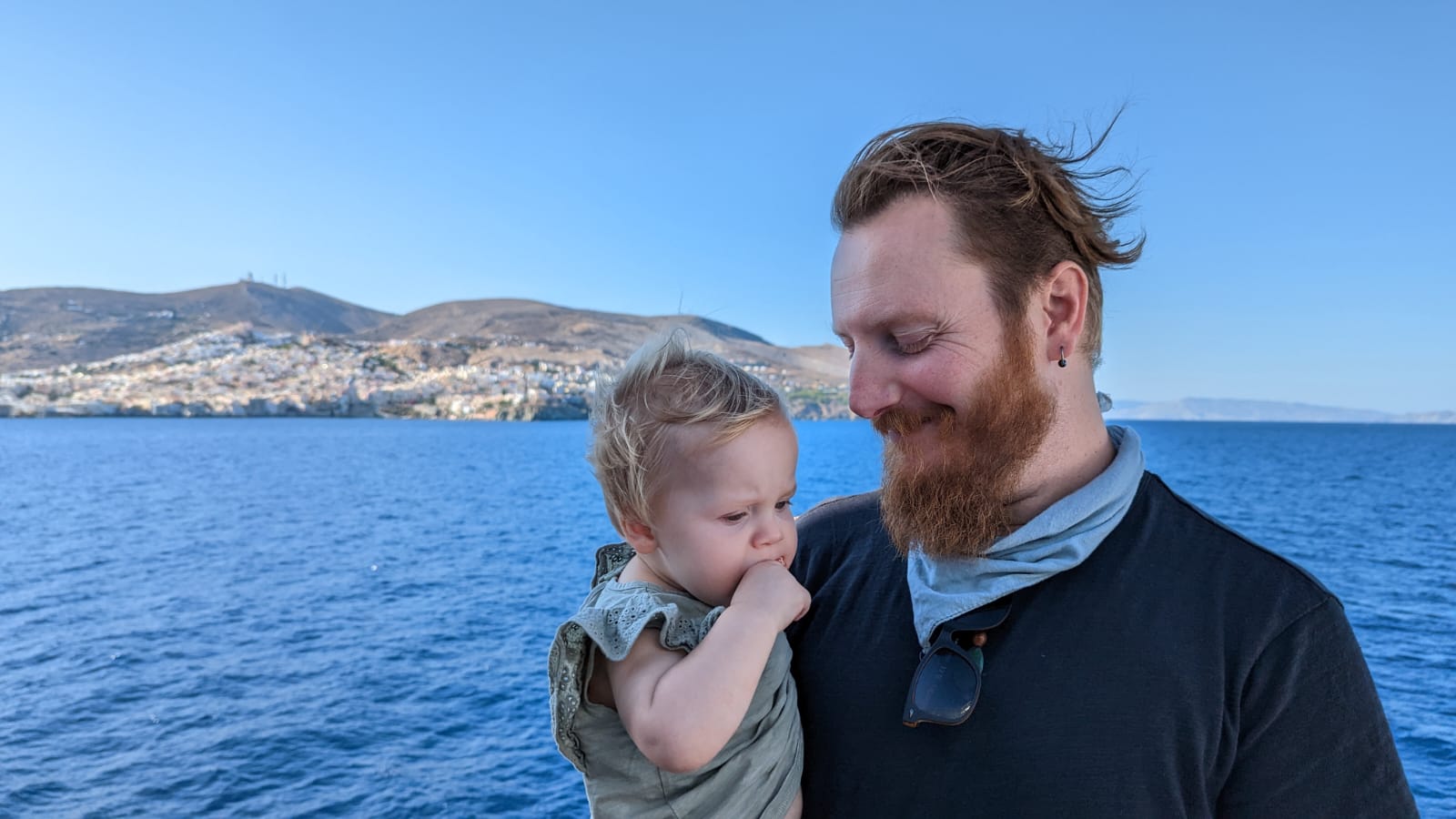 Cornelius Koundouris, 38, planned to surprise his long-term partner Celyn with a marriage proposal on their Greek holiday. They had taken their baby Clio back to Mykonos where Cornelius grew up, the son of a British mother and a Greek father. He came to London at age 17 to pursue his creative interests and met Celyn, the love of his life. Cornelius wanted to show her his childhood home and friends. But before he could pop the question, Cornelius suddenly died. His desolate partner found the engagement ring among his personal effects.

Cornelius had lived in the shadow of death ever since he was born. He had a chronic heart condition that required life-saving surgery as an infant. Against all the odds he survived major heart surgeries, a pacemaker, and came back from clinical death twice when his heart stopped beating. But in September he lost his battle. He died very suddenly in the arms of Celyn and in front of little Clio.

Cornelius and Celyn were an inseparable couple, even working together in the same job, bringing their baby to work alongside them. They ran the office at St Mary’s, Primrose Hill, organising bookings, social events, lectures, concerts, services and the winter night shelter. Many in the community knew and appreciated them both. Always ready with a helpful response, and normally with a smiley Clio in tow, they made everyone feel welcome. Cornelius, like Celyn, didn’t profess the Christian faith, but he lived by its values.

Cornelius had a huge international network of friends and will be missed beyond measure. Now Celyn is left to bring up their child alone, just before Clio’s first birthday. The church and the wider community are deeply shocked by his death and want to help her give Clio a secure future. A JustGiving page has already raised over £10,000.

If you’d like to donate, visit the JustGiving page here.