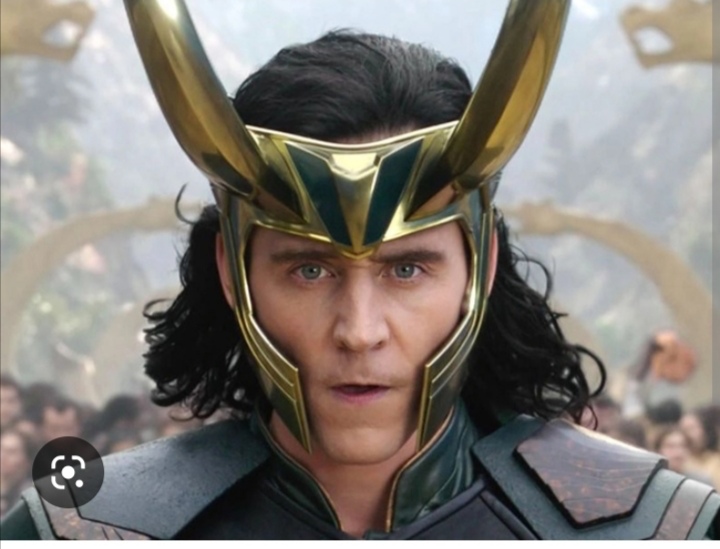 Thor, the God of thunder’s roar was so loud that as he lunged at the camera, we all jumped! Unfortunately, Tom Hiddleston, even with a blond wig and a lot of workouts was not suitable for the character. He told the MCM Comic Panel that deep down he knew before he auditioned that he wasn’t ‘right’ for the part but just thought he would have a go. Tom was then given the part of Thor’s half-brother, Loki, the frost giant and impish god of mischief, who has the magical ability to shapeshift – change into different characters and play tricks. Loki feels, angry, left out hurt by Odin his stepfather and is consequently fuelled with anger towards his family. His performance feels Shakespearian but with a difference: Shakespearian actors don’t get hogbashed like Loki!

TH: Even now when I go to airports people remind me about the hogbashing scene and wave their arms in the air. There were four strong stuntmen at the side of the set holding onto a metal pulley and a hidden mat; when the director said ‘Action’, the stuntmen pulled and I flew through the air and then they dragged me off set. Being hogbashed is something I will never forget. Loki is like all of us humans full of contradictions. You don’t know whether he’s going to betray you. You don’t why he’s doing what he’s doing. If he’s shapeshifting so often, does he even know who he is?

At the end of the last series of Thor, Loki delivers a defiant and sad speech during his final death scene that feels like he’s forgiving his family.

TH:  “It felt very, very final, and I thought, ‘Okay, that’s it. This is Loki’s final bow and a conclusive end to the Odinson saga,'”

To Tom’s delight he was offered a series starring Loki as the central role and in October 2021 MCM Comic Com rocked to the roars of horned fans as the new series with Tom Hiddleston’s Loki was released. He told us:

TH: The series explores ideas about identity, ideas about self-knowledge, and self-acceptance…

The first series has been a huge success and there is going to be a second series released in 2023.

Thank you Tom Hiddleston for your insights and inspiration.