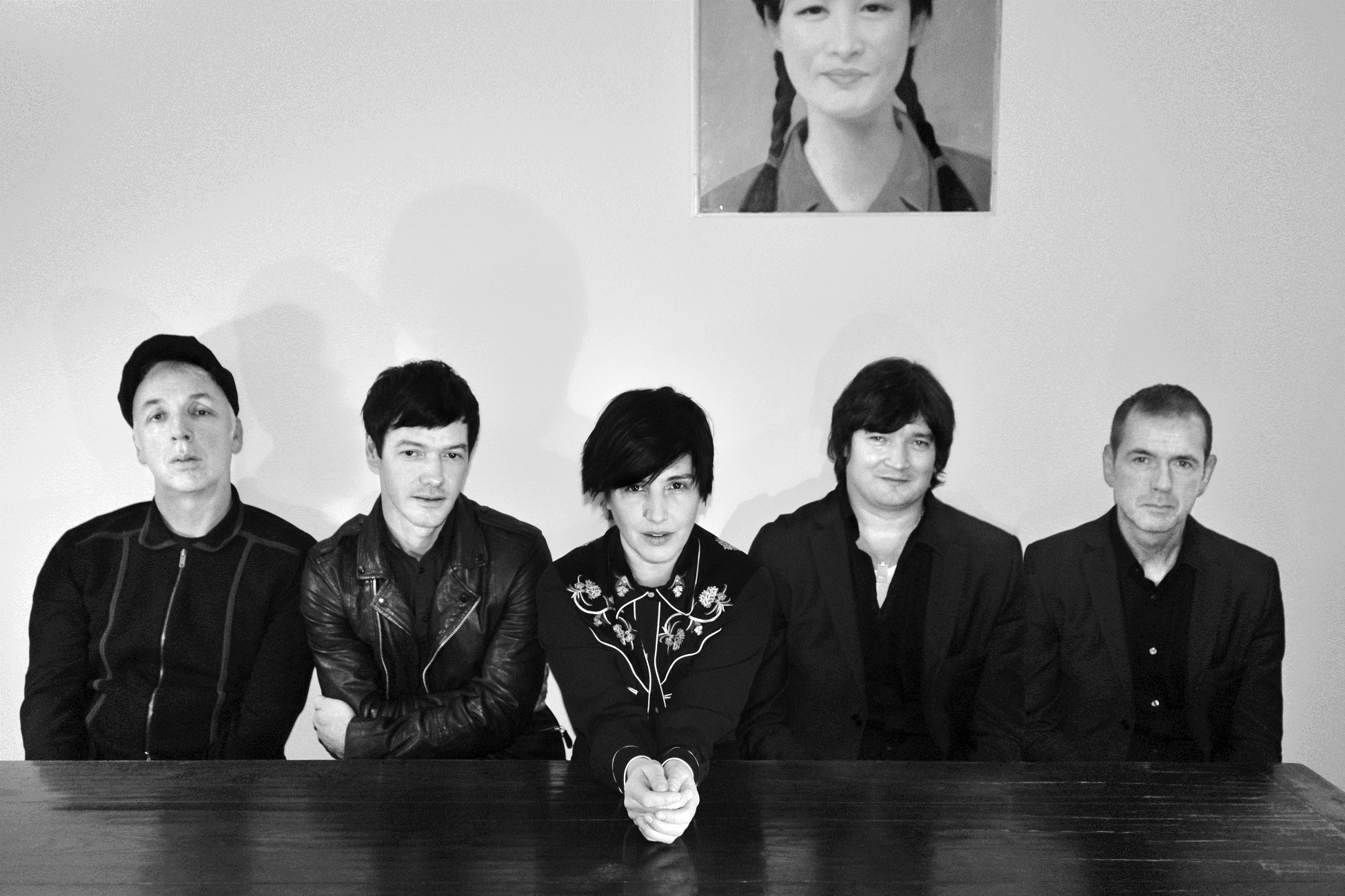 The latest Texas album is out so we sent Leanne Roche along to meet up with their lead singer, Sharleen Spiteri, to chat about music, love and apple pie.

As we sit in the Greenberry Café, Sharleen recalls that it has been 17 years since she first moved to the [Primrose Hill] area. “It’s beautiful, but it’s more than that: it harnesses so much creativity. It’s a great mix of people from a lot of different walks of life. It’s great to live among writers and artists; I like the air. Or maybe it’s because we made our first record here in 1986 or ’87 that I have a really romantic idea of Primrose Hill.
I try to be here as much as I can.”

It messes with your head: you can’t comprehend how a 25-year-old could know your music 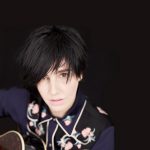 Sharleen is lead singer of the band Texas, about to embark on another of their sell-out world tours promoting their Texas 25 album. She discusses how the nature of touring has changed. When the band were younger they would enjoy life on the road, away for years at a time. However, with different responsibilities, family life and musical gaps in-between, she now finds that touring, although still great, is a very different experience. She remarks on how big the festival scene has become, recalling, “When we started out in 1989 there were about two festivals; now there are about two hundred.”

Sharleen also describes how surreal she finds the age and the size of the crowds she sees at her concerts. “It’s weird looking out at the audience: there are lots of people my age, but then there are 20- and 25-year-olds. It messes with your head: you can’t comprehend how a 25-year-old could know your music, and then you think, oh they were the six-year-old in the car, listening to Texas.” Surprisingly, Sharleen is still overwhelmed by the crowds that rally to their shows, but this is a sign of their unbelievable success over the years: 10 albums, over 35 million records sold, and every tour sold out. Their music is evidently timeless and still resonates with all ages.

Their latest album, Texas 25, includes reworked classics as well as four new tracks. “The inspiration behind the new tracks is life. Relationships are massive for me, all different relationships. The people you meet, the different things that happen and suddenly what you feel is important.”

Many of the songs on the album are instantly recognisable: “The idea of this album was a celebration of 25 years and all that we’ve done. We thought, what would it be like to record all the sounds as one: how would it sound, what would be the feeling, the mood? That was the whole thing behind it, to celebrate song-writing, but also to celebrate where we are at this point now in our lives as musicians and as song-writers.” She says how lucky she is to do something that she really enjoys and with people she really cares about: “We are a close band, there’s no drama or bullshit.”

Despite the years between their earlier recordings and now, the feelings created by the music are just as present and important as they were at the beginning: “I remember it was one week before my eighteenth birthday. We performed ‘I Don’t Want a Lover’, the first song we ever wrote. It’s weird, I’m a 48-year-old woman now and I still feel and believe exactly what I said then. I said I didn’t want just one thing, I don’t want just a lover, I don’t want just a friend, I want it all, the package, I want you to be my best friend, and I want you to be my lover. I want you to be my everything, and that’s what I was saying. Basically that’s what I still look for.

Prior to the success of Texas, Sharleen was a hairdresser in Glasgow but also always had a passion for art.She attended Glasgow School of Art for Saturday and evening art classes, while hairdressing was a means of earning money for supplies. I had to enquire whether it was her days as a hairdresser that inspired her iconic cut. She described how as a kid she wasn’t allowed short hair, yet as soon as she cut it, that was it. “Whenever my hair is long I have a Nana Mouskouri moment: the long straight hair with a centre parting and glasses.”

Alongside art, music had always been a huge part of Sharleen’s life, something she had always loved yet something she referred to as ‘unreachable’ when she was growing up in Scotland. She believed that the music industry was reserved for those from London or America. Texas surprisingly is the first musical band she was involved in. “Music was a big thing. A guy I had known for years said he’d heard I could sing, and I just said yeah, yeah. He continued to offer me this opportunity: all I had to do was turn up and sing.” She recalls how at seventeen she thought it was just a line, and she never paid any attention to it, thinking he was being a big shot. She did eventually turn up at the guy’s house after her night class and sang a Culture Club song, she recalls: “At seventeen, the world is behind you and I was so brave, I had that arrogance.”

After that she and Johnny McElhone started the band, and Texas progressed from there. They looked for other members: Ally McErlaine joined as lead guitar, and their numbers gradually grew over the years. When she refers to the ‘newer’ members, she laughingly recalls that they have been in the band for eighteen years. So why ‘Texas’? “Johnny and I were mad about the film Paris, Texas. We just loved the movie, and visually, the way it looked. I don’t know what it is, but we Scots always have this mad yearning for America, I don’t know what it is.”

And her solo work? “I never see it as solo work; it’s seen as a project, but it’s still very much part of them too. At the point when I did it, I had some personal stuff going on in my life and the song-writing was very gentle and was very feminine, and it was a moment for me that I needed to clear. It wasn’t about guitars, about us playing. It was gentle and soft, and it was not a Texas record. But in order to go on and make another Texas record, I needed to clear this out, and that’s really what was done.”

I wanted to delve deeper into her life, beyond her incredible twenty years in the music industry. She responded that her interviews usually centre around music, her song-writing and writing her own music, being a woman in the music industry, and although this is all personal to her, questions any deeper than that really threw her. “I’m pretty normal, I’m really normal actually. I love cooking, which people probably don’t know about me. Whenever we’re working on records and the mixes come in, I need to cook; then I listen on the stereo, so I can hear it while I’m cooking.”

So this other passion, for cooking, naturally becomes part of the recording experience. “At home I do all the cooking. I do a lot of food that I love when my friends and family are about. Sitting down to eat is important, the idea of sharing what’s going on, each other’s lives. You have a different chat when you sit at the dinner table, plus it’s a relaxing atmosphere. Eating is a comfort, and gives you the ability to share things. The experience of cooking and the times it creates are what’s important.”  So what is her signature dish? “Home-made apple pie, with apples picked from my own garden, of course.”

From the hours we spend chatting over a pot of tea, I can see that Sharleen is anything but ‘normal’. Sharleen is an artist in all forms, which comes out in every aspect of her life. From her incredible song-writing, to the band’s name inspired by the film, to her artistry in food, her art classes and early years as a hairdresser, everything relates to her creative experiences, being a total artist. Her life in Primrose Hill is a perfect combination; her description of Primrose Hill and what she admires is what she herself is: an incredibly honest and creative individual.