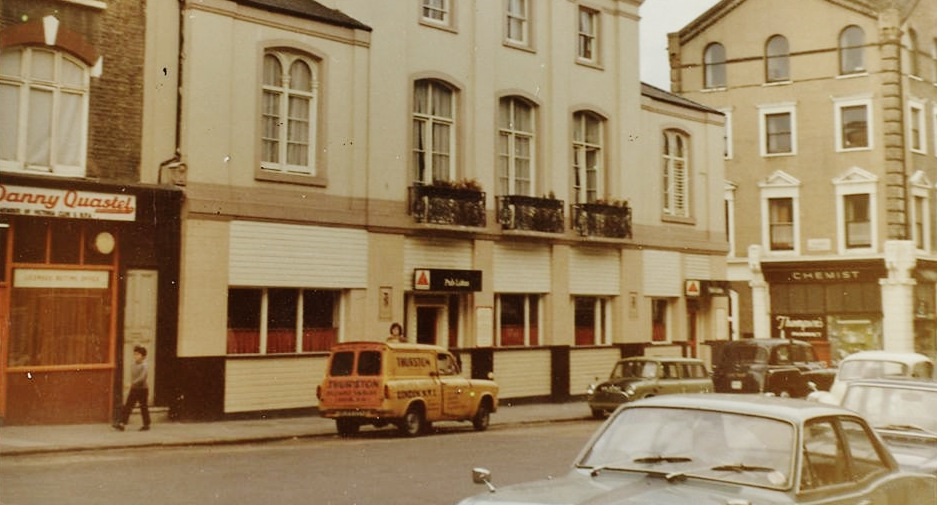 http://www.thelansdownepub.co.uk/Jeremy Swinson looks back at Primrose Hill used to be…

More than 40 years ago, I lived in a student flat in Ainger Road, at number 33. We now live north of Liverpool, but on our weekend trips to London we inevitably end up spending our Sunday mornings in Regent’s Park Road, nosing around the shops and enjoying the particular atmosphere that seems to epitomise the area. Whenever we come back, what strikes us is how little the area has changed.

Almost all the pubs are still pubs. Yes, the decor of them all is now more contemporary, but unlike elsewhere in the world they are still pubs. In our day the Queen’s was all velvet curtains and smoke. Most lunchtimes young out-of-work actors used to dominate the tables at the far end, and in the evenings people like Brian Waldron, MP and media person, could be seen chatting with Clive Jenkins, the scientific workers’ union boss. The Engineer, the Lansdowne, the Pembroke Castle all remain, although the Lansdowne has long ago given up the topless dancers that were once a Monday night attraction. 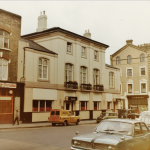 The one pub that is now longer with us was called ‘Pub Lotus’ on the corner of Erskine Road and Regent’s Park Road, now Lemonia. Back then it had a racing car theme, as its name suggested; steering wheels and helmets decorated the walls, and even a Formula 1 racing car was parked in the back yard. [More information on this at www.primrosehillhistory.org]

Also, there are more restaurants now, though some have gone. Whatever happened to Mustoe Bistro, I wonder? It had only about twenty covers, and was run by the avuncular Monsieur Mustoe whose only previous experience, he informed us, was hosting his own dinner parties. The food was sort of French; you had to go through the minuscule kitchen to get to the loo, but it was fun. Manna is still here, although it used to be scrubbed pine tables, not the white linen of today. I guess vegetarians have now gone up in the world and expect such luxury, but the food is as good as ever. So too of course is the food at Odette’s. In the 1970s we couldn’t afford to step through the door, but now we realise what we missed.

Many of the shops have inevitably changed: Ron Weldon’s antiques is now a charity shop, the hardware store has finally gone, and the chemist’s is now the Post Office; but Richard Dare’s is still with us, and the doctor’s is in the exact same place. So too is the bookshop. I remember bumping into Katharine Whitehorn there 40 years ago, and would you believe it, we repeated the same experience this summer.

Katharine is not alone in being a very long-term resident. Alan Bennett can still be seen riding his bike on Sunday morning to collect his Observer and Independent from the Post Office. I once saw Jonathan Miller playing football with his son on the hill when both were much younger, and I saw them again during the Regent’s Park Road street festival. Sadly the Hill’s most famous resident is no longer with us: I do remember being fascinated by Miss Shepherd’s famous van. She must be the only local resident to have a book, play and film written about her. Certainly Alan’s account of her life captures a great deal of the personality of this neighbourhood, its friendliness, its generosity but above all its tolerance. I gather the area still attracts its collection of ‘celebrities’, the only difference being that nowadays I don’t recognise them. I realise that says more about my age than their notoriety.

The things that have changed, we notice, are coffee, Lycra and dogs. I can’t remember anywhere that one might have purchased a coffee 40 years ago, let alone wanted to drink it at a pavement table. Now coffee is available at almost every other shop. On our last visit we even had coffee and a cooked breakfast at what appeared to be a cosmetics and beauty salon called Cowshed. Both the coffee and bacon sandwich were excellent, by the way.

I don’t think Lycra had been invented in 1970. If it had, it was only worn by ballet dancers during classes. Now almost everybody between 5 and 50 appears to regard it as the fashion choice for Sunday mornings, whether they are running, cycling or walking the dog. And yes, of course there were dogs 40 years ago, but they were limited to the odd mongrel or tatty-looking sheepdog. Now the place seems amass with dogs of every shape, size, colour and breed: poodles, chihuahuas, spaniels, labradors, dachshunds and schnauzers, including every conceivable combination, such as Labradoodles and Cockerpoos, strut past with their owners in tow. I even saw a mongrel and a tatty-looking sheepdog, though obviously not the same ones. I notice that now they even have their own shop and, I gather from a past edition of this journal, their own celebrity dog show.

You have remained one of London’s true villages. Like any village, you have your own distinctive personality, your characters and character. Long may you retain your quirkiness, your friendliness and your distinctive atmosphere. I have a feeling we shall continue to make a beeline for Regent’s Park Road for many years to come.