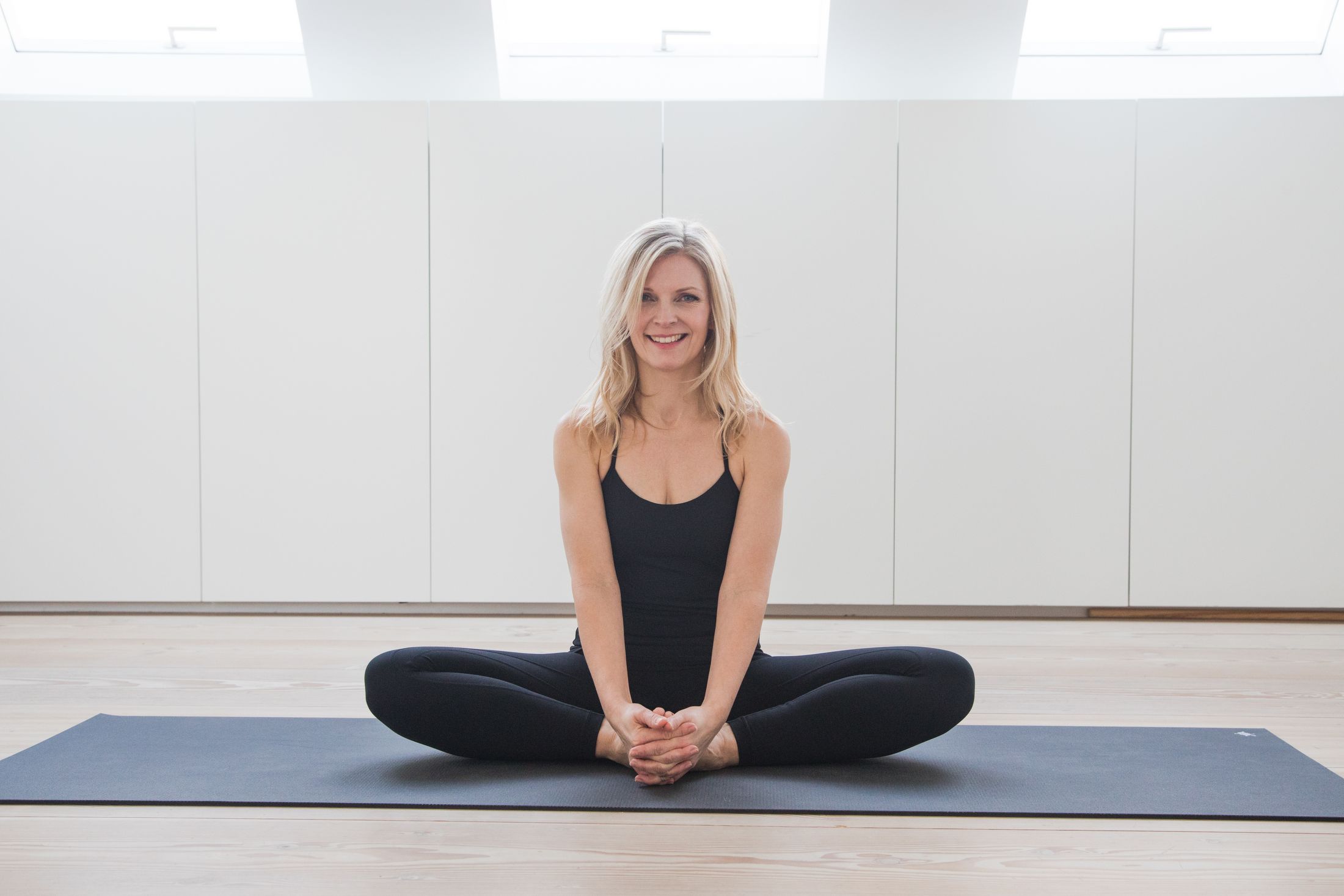 A case in point was when Kiki rang the centre to talk about her yoga studio and classes. Yoga is very popular both at the centre and in the surrounding area. What stood out for me was the fact that Kiki is also a medical doctor. She started yoga at the age of six and has been teaching for over seventeen years. “I teach small groups and one-to-one classes for adults, children and families. I am currently putting the finishing touches to a beautiful and inspiring book of yoga for children.”

Wow, who was this multi-talented woman? I really wanted to meet her, and see what she was all about! So when she offered On The Hill team members the opportunity of a yoga class in her home, there was no way I was going to turn that down. Maggie (our editor), Sarah (our photographer) and I accepted the invitation and visited Kiki’s beautiful home on Edis Street. We climbed to the top, where a calm, uber cool space awaited us. Three skylights form a window to the sky. It was like having a class in the clouds.

Kiki has a very special way about her. Her voice is calm and reassuring. She made all the poses look effortless! We enjoyed the class very much indeed. There is something very comforting about knowing she is medically trained too. We knew we were in very safe hands. I wanted to know more, so we decided to arrange an interview with both Kiki and her husband, John O’Farrell. He has spent his entire life in Primrose Hill, and I was interested in his story. So we spent two glorious hours talking some days later.

I really enjoy my work at our much loved and well supported Community Centre. It’s been nearly eighteen months now, and every day is completely different. By far and away the most wonderful element of my job is all the interesting and inspiring people I get the opportunity to meet.

John was the only child of Gael and Patrick O’Farrell. Gael was born in New York in 1941. She was the headmistress of the UN school there when she met John’s dad. They met at an art party run by Bobby Goldstein in Manhattan. Patrick was a designer (now retired) and was working in New York for the iconic Coke bottle designer Raymond Loewy (1893–1986), a French-born American industrial designer who achieved fame for the magnitude of his design work, often called the ‘father of modern design’. It was at another chic New York party that Patrick was asked by Loewy if he would run his London business. So Patrick and Gael moved to the UK together. Loewy eventually sold the London business to Patrick many years later. The pair got married: John was born in a clinic on Ormonde Terrace in 1974 and has remained here ever since.

So he is as rooted to Primrose Hill as the trees in the park! He went to King Alfred’s School in Hampstead (which all three of his children now attend). Initially Gael, Patrick and John lived in Arthur Rackham’s house (1867–1939, painter, illustrator) at 16 Chalcot Gardens. The house was designated a blue plaque in 1981 by Greater London Council, which John remembers happening. Unfortunately the O’Farrells split. The house was sold to Sting as part of the divorce! Gael bought Edis Street on her own after the divorce, and this is where John, Kiki and their three children live today, with the wonderful yoga studio at the top. To make ends meet, Gael turned the top of the house into a B&B. She went on to establish Primrose Hill Bed and Breakfast Agency, which was a forerunner to Airbnb. She was a brilliant writer and her vibrant descriptions were picked up by the famous Fodor’s Guide, which was the ‘go to’ for visiting Americans to London:

“Expatriate American Gael O’Farrell has fifteen properties on her books, all family homes to which guests get their own latchkeys. A newly accepted one sounded like heaven: ‘a pair of 19th-century cottages in a profusion of gardens with cats lazing around’. So far this has been one of those word-of-mouth secrets, but now that everyone knows, book well ahead.” The business went from strength to strength and gave single mum Gael the flexibility to bring up her son. John recalls that his mum helped start recycling in the area in the 1980s by approaching Marks & Spencer to sponsor the installation of recycling bins, firstly on the bridge and then in other areas. This is before they existed anywhere else in London!

[perfectpullquote align=”right” bordertop=”false” cite=”” link=”” color=”” class=”” size=””]..opposite the Lansdowne pub, which he recalls had strippers at the weekend[/perfectpullquote]

He also remembers that Camden Council would not allow the residents of Edis Street to plant trees on the pavement. Gael persuaded everyone to get together and pull up the paving stones and plant trees along the street themselves. The council liked the idea so much that they used Edis Street as an inspiration to plant more trees around the area! Clearly inspired by his father, John briefly left London to study at the Mackintosh School of Architecture, Glasgow School of Art, then went on to the UCL Bartlett Faculty, which claims to be the first architecture school established in the United Kingdom. It was in Glasgow that Kiki and John met when they were teenagers. He was studying there and she was visiting a friend. As soon as John graduated, he returned to Primrose Hill where he and seven students rented a house together. It was opposite the Lansdowne pub, which he recalls had strippers at the weekend. He also remembers that Melrose & Morgan used to be a warehouse, and they had raves there regularly. John is known lovingly by family and friends as the Mayor of Primrose Hill because he knows everyone! Not at all surprising given that he has spent his entire life here.

“I always think that part of the reason why Primrose Hill has such a strong feeling of community is the geographical shape within London: the railway, canal, Regent’s Park and Primrose Hill all contain the area and give a sense of place. Also, the close proximity the buildings have to each other encourages an intimacy.” Sadly Gael passed away in 2003. She has a memorial bench on Primrose Hill dedicated to her: comfort, I am sure, to John and his family; a place to go and reflect on a truly inspiring woman, way ahead of her time. See what I mean? A brief call about yoga led to a class, which led to finding out about the fascinating history of the O’Farrell family. Meeting Kiki and John was an absolute joy. Thank you for sharing your story for us all to enjoy.

Behind every door in our beloved Primrose Hill lies a story. Do you have one? Why not contact us and share yours?