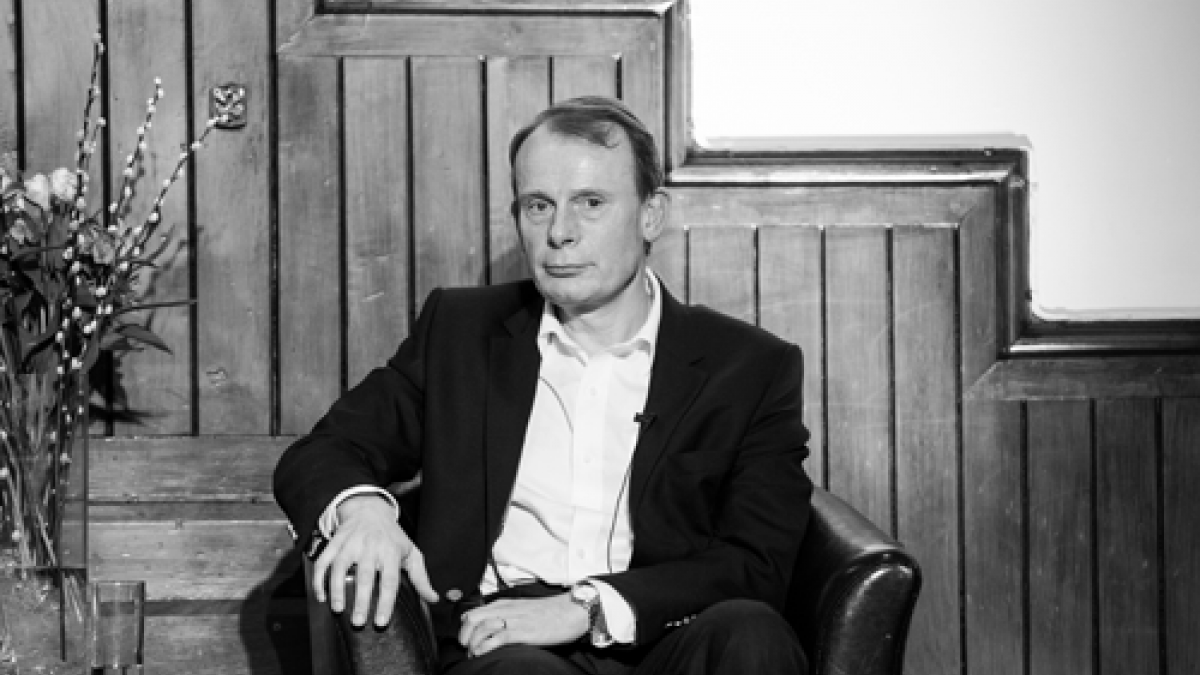 Andrew Marr, as a valued member of our community, is always on hand for political guidance when we haven’t the foggiest. And as for community credentials, he’s the patron of St Mary’s Centre Community Trust, the youth service at St Mary’s. This service works with vulnerable children and young people aged 6 to 25. Calvin Bungisa, who was recently stabbed to death in Gospel Oak, was one of those young people.

Speaking at the Primrose Hill Summer Lectures, Andrew explained that money raised at the lectures goes to fund the church’s youth work; that the results of governmental decisions are felt here on our streets, including the disaffection of young people, gangs and the all-too-common stabbings. He asked that we all do our bit to help in whatever way we can, including giving a donation (details below).

Andrew garnered three rounds of applause before he even got onto whether or not our political system is broken. And when he did, he was keen to place Brexit into a longer-term perspective. It may seem as if the consequences of our current politics are destabilising, infuriating and perplexing, but we needed to realise that this country has been through much worse. Andrew came to London in 1984 at the time of the Tottenham riots (where he took a wrong turn into a group of rioters and had to be rescued by Bernie Grant), and reminded us that there have been times of real violence in previous decades. He felt that we tend to catastrophise what’s going on at the moment and have a ‘gooey nostalgia’ for past decades. In May 1968 the government nearly collapsed and we almost had a military coup. We had the three-day week in the 1970s, the IRA blowing people up and the bloated corpses of horses in Hyde Park, the miners’ strike, the Falklands war and the Blair years, with hundreds of thousands dying through the Iraq war.

Of course Andrew has a much greater depth of political awareness than most of us. He has a longer-term historical perspective – being the author of The History of Modern Britain and A History of the World – and he’s had a political career which set off on the left wing before he became the political editor for The Economist.

As far as Brexit is concerned, he thinks that politicians have been handed an impossible question: “Can you get us out of 45 years of the EU without being affected?”. David Cameron was persuaded to hold the referendum by many MPs, not believing he’d lose it, underestimating the importance of the Irish border and the trading relationship we will have with Europe once we leave.

Throughout the country there is a ‘howling vortex on social media’ on both sides, with ‘coarsening venom’ running around the country. As Andrew travels throughout the UK, he hears a lot of anger about hastening Brexit. And when he’s in Primrose Hill, he hears more anger, but from the other side.

The question was raised about violence to MPs, and Andrew, who knew Jo Cox, reminded us of precedents: ‘Ditch the Bitch’ in the Thatcher era, the burning of effigies, and Lloyd George having to be brought out of a political meeting in Birmingham dressed as a policewoman to prevent him from being lynched. Even in Parliament itself, cleaners have reported finding blood and teeth in the House of Commons.

And as for the quality of our politicians, Andrew thinks that the biggest single problem is people going into politics too early without any breadth of experience. They may be better qualified these days, but they don’t have enough practical, hands-on experience. His suggestion was not to let anyone into politics until they’re over 40!

As part of the bigger picture, Andrew feels that change really happens when millions of people decide to do something, and then Parliament tends to follow. Currently there is vast social change going on regarding climate crisis which dwarfs Westminster. We will, in future decades, have to consume less and take fewer lavish holidays as this is ultimately a bigger problem than Brexit.

Andrew ended the evening with a joke about Madame de Gaulle and a penis; so whatever the outcome, at least we can still have a chuckle.