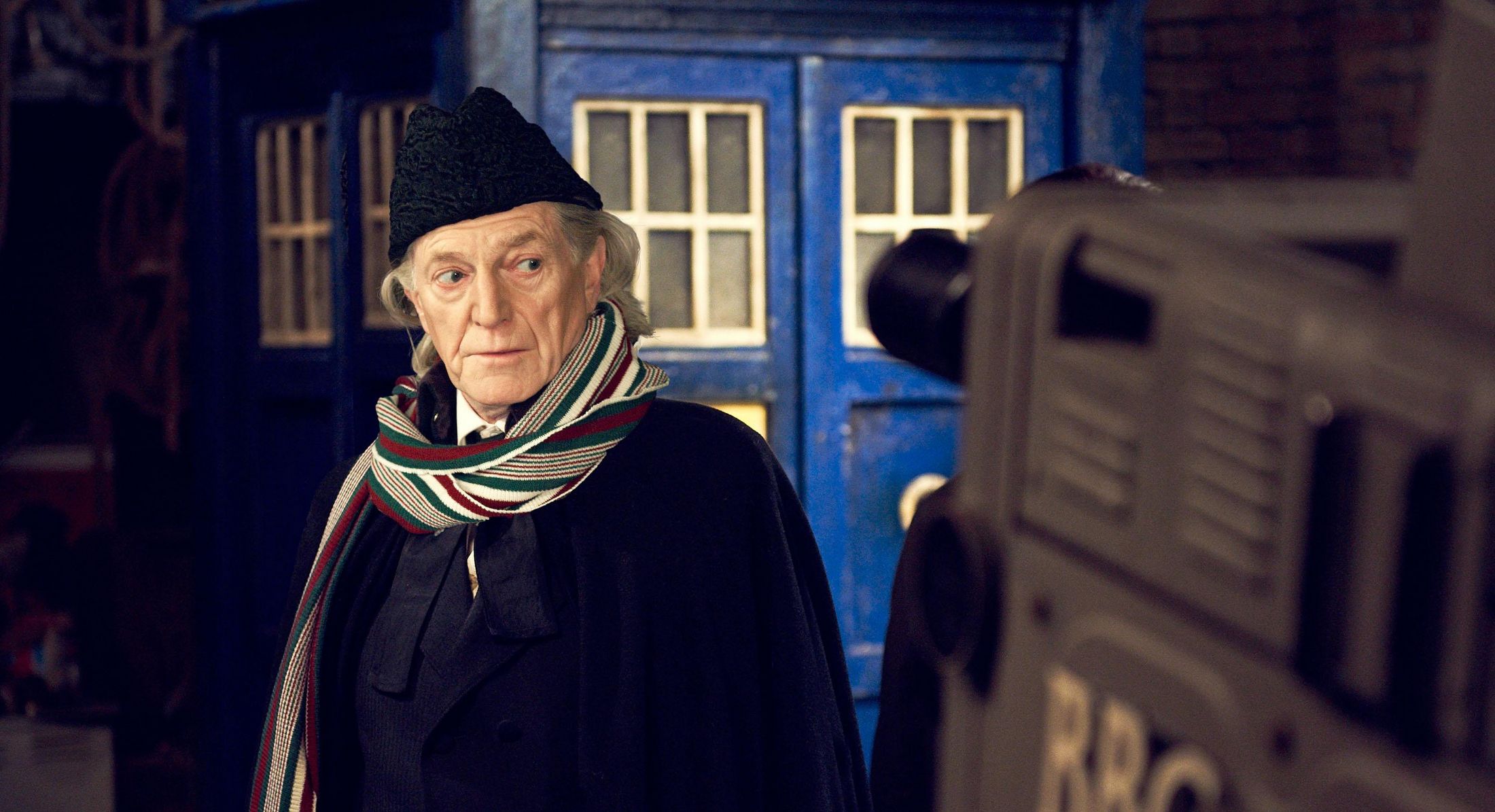 We were honoured to join the MCM Comic Con Press Panel in October 2017 to meet the very talented actor, David Bradley, who is known for his Laurence Olivier Award for Harold Pinter’s No Man’s Land in 2009.

However, we remembered him as the Hogwarts evil caretaker, Argus Filch, in Harry Potter “You ’orrible kids … Look at the mess you’ve made. Out! Out!”

You ’orrible kids … Look at the mess you’ve made. Out! Out!

We were surprised to see how friendly and kind he was towards us, and he even took a selfie with Yousuf!

DB told us: “When the BBC approached me about recreating and playing the oldest Doctor Who, I almost bit their hand off! However, I did feel a great deal of responsibility, portraying the Doctor for the William Hartnell fans in the Christmas Special.”

We asked: What was it like to work with Peter Capaldi?
DB: Peter Capaldi was brilliant to work with, but there was a natural rivalry between us. He greeted me with the words: “Hello. Let me show you around my Tardis!”. When my relatives visited the set, he rushed to greet them before I could get to them: “Would you like a tour around the best Tardis?”

On several occasions the different Doctors do regenerate in time and space and meet, especially when there are Daleks and Cybermen about to take over the world. This made us wonder, could the oldest Doctor return and work with the first female Doctor, played by Jodie Whittaker?

It was strange that in the Christmas Special, the actress playing his assistant, Claudia Grant, was barely used. We wondered, could the reason be that she is coming back? We knew that David Bradley would ‘bite’ the BBC’s hand off to play the character again, but was it really feasible? When asked, there was a huge silence.

Then DB said: The newest Doctor and the oldest Doctor meeting in space and time would bring together two totally different eras, with the attitudes of their time. This would create conflict, and conflict is central to any great drama.

we really hope that the first Doctor returns

We still don’t know, and we’ll watch the new Doctor Who series for clues, but we really hope that the first Doctor returns. Thank you, David Bradley.

Doctor Who will be broadcast on BBC 1 in the autumn.