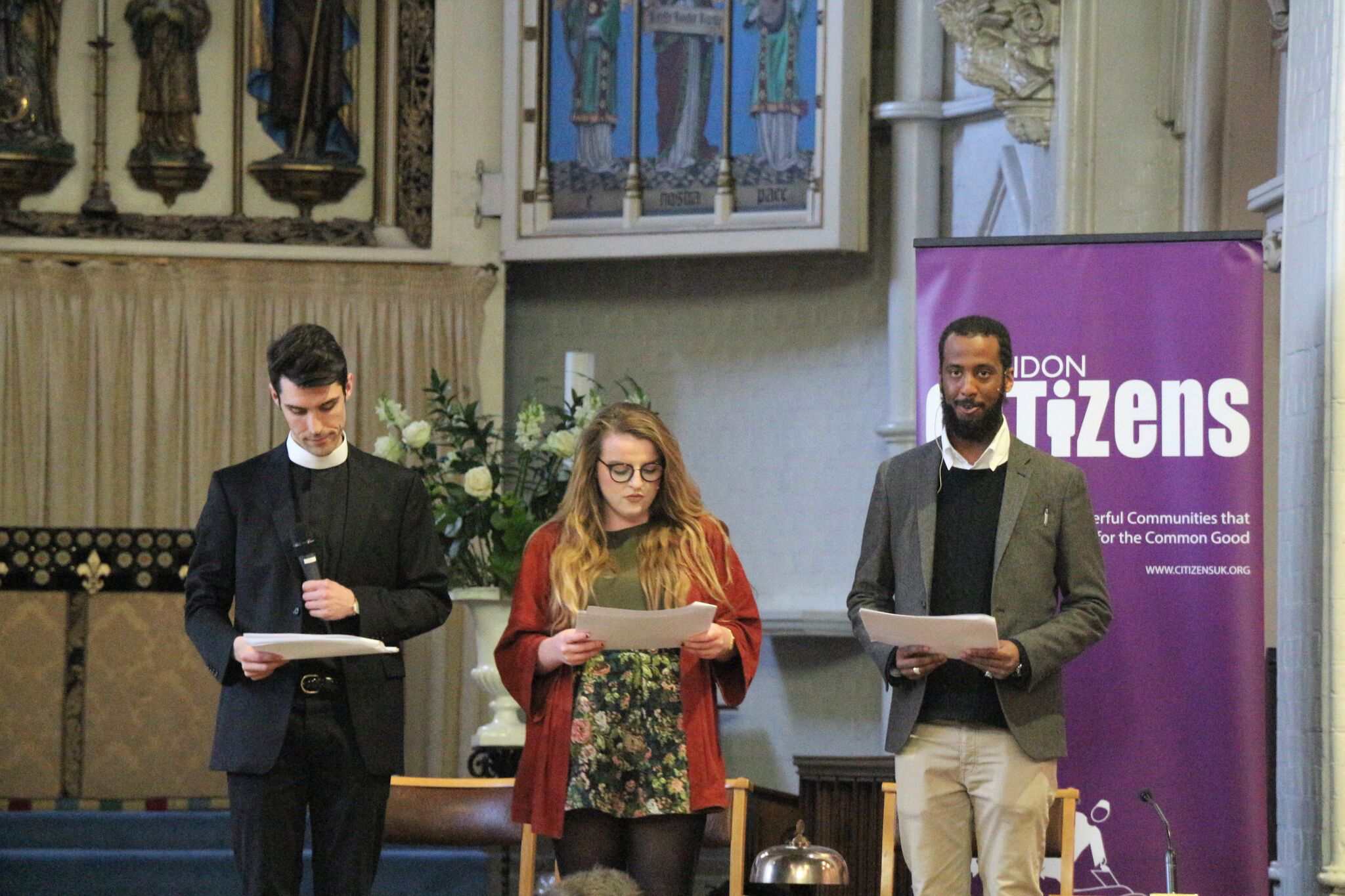 Due to rising levels of knife crime, Camden and Islington Citizens’ organisations met in April at St Mary’s Church to discuss the challenge and make plans to tackle it. Churches, mosques, schools, colleges and youth services sent representatives and MPs Keir Starmer and Tulip Siddiq attended, as did the leader of Camden Council, Georgia Gould, and Cllr Don Williams. 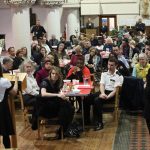 The Reverend Nick Walters hosted the evening, alongside Rosie Gillham from the Institute of Education and Abdurrahman Ahmed from Muslim Welfare House. After an opening song by St Paul’s School’s choir, churchwarden Casey Oppong set the agenda. We were there to talk about issues that blight lives, bring those issues to the table and discuss solutions.

Jason Allen who runs the youthwork service at the church was accompanied by Kai, a young man who has benefited from its services. Kai said that St Mary’s is a safe space for him to go where he can talk about friends he’s lost and get help with his CV.

Jason spoke of the youth work project which runs health and fitness groups, football, and works with young people (6–25) in schools and prisons. He deals with issues of serious violence and with those who don’t want to engage with traditional youthwork or change their lives around as they genuinely don’t see a positive path for themselves. Some of them have experienced heavy trauma from a young age. Other social services tend to work with people for just 6‒8 months, and few follow them through their journey. Jason continues to work with them if they go to prison and once they leave. He’s on call 24 hours a day and 365 days a year, even Christmas Day. It’s literally all year round, as this is such a serious situation we’re facing.

Wahiba Boudiaf from the Muslim Welfare House spoke next. Her son was killed nine years ago, one day before Mother’s Day. She read a poem, Bloody Foreigner Boy – which included the line “Your bed is cold and your room forever tidy”. There could be no more powerful rallying cry to parents.

Saiqa Pandor from Homestart Camden followed. She has long suffered racial abuse and said it has intensified since Brexit. Recently a man on a bus told her Muslims were all wrong: the way they ate and the way they dressed.

The Reverend Rob Wickham, Bishop of Edmonton, gave a message via video. He said that the grassroots response to guns and knife crime involves working in partnership. He made a pledge to all to work together to come up with community responses which would make a difference.

Inspector Richard Burns represented Neighbourhood Policing in Camden. He said that resources had been poured into snatch theft and those figures are diminishing, but knife crime and robbery are on the rise, especially in Camden. Stop and Search in an intelligence-led way does help. There are schools officers and estate sweeps. He would like to see more weapons sweeps carried out, which turn up drugs as well as weapons.

Cllr Georgia Gould reiterated that we need to work together as a community, as parents and as faith leaders to keep our communities safe. Cllr Don Williams said that this wasn’t a party-political issue, it affects all of us. Crime used to be rife in Islington but has now spread to Camden, and we are infected with the same problems. Importantly, bereaved families have come forward to ask how they can be part of the solution.

Tulip Siddiq MP gave the story of how a young man in a mosque had loved football. After the group stopped, he fell into a bad set and ended up getting stabbed. In the stabbings in Camden earlier this year, a mother lost a second son to knife crime. She told Tulip that she felt awful whenever her children left the house, as she could never be sure they would return.

Sir Keir Starmer talked about Georgia Gould’s initiative, the Task Force set up to tackle the increase in knife crime. What can we do in our constituencies? What did Glasgow do? What are other boroughs doing? He said there is no one single cause, rather inequality of every kind. If any positives can come out of the awful things which have been happening, it’s the community coming forward to ask what they can do as individuals or groups to try to make things better for young people in the borough, many of whom are scared and fearful for their future. Kier wants to join up every constitution and every voice. He wants us to ask him what he’s doing and conversely to be able to ask us what we’re doing.

This was not a one-off event, it was a call to action. Each group and institution wrote down suggestions of how to respond to knife and hate crime. A Safety Commission was launched which will look into the causes of youth violence and collaborate with politicians, the police and other services. 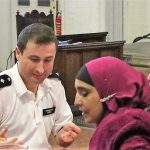 When this same initiative was launched in Glasgow, everyone came together to be led by the community; as a result, last year the city had no deaths from knife crime.

The organiser of this event was Hugh Murdoch of Citizens UK. Their goal is to increase the power of ordinary people to participate in public life and bring about change. Please contact him if you would like to know more: [email protected]