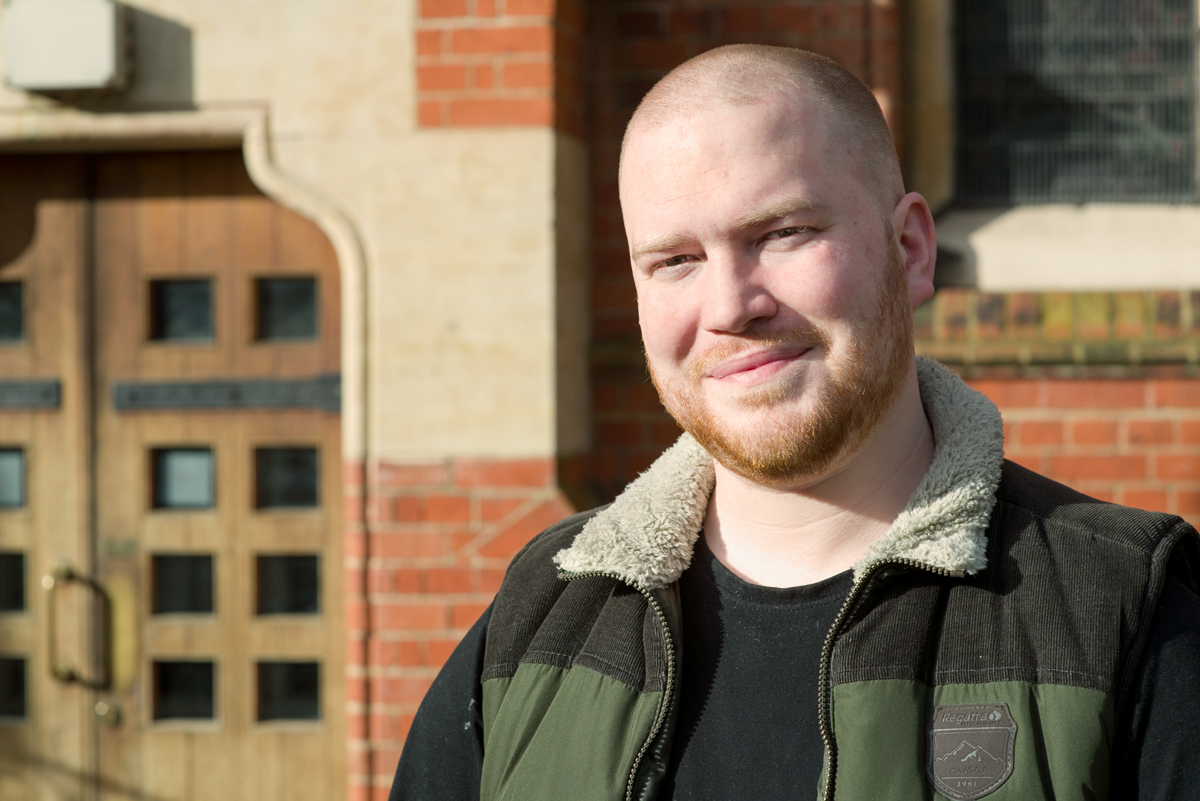 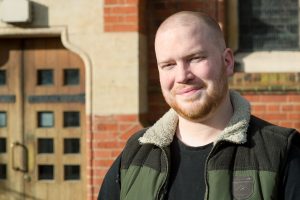 Think of a typical Victorian Anglican church. St Mary’s ticks all the boxes. It has about 30 pre-school kids with their SUV buggies parked around the entrance; a priest, Marjorie Brown (I swear one parishioner said ‘Marge will see you in a minute’); a woman in the sacristy on her knees polishing the brass bits of what might be banner poles; smiling faces offering me tea or coffee three times in as many minutes. But St Mary’s has one rather jagged, irregular character that other churches don’t: Jason Allen.

“I manage the youth service here, particularly the Eirini Project and the social inclusion project. Both are for young people at risk of social exclusion. This is a 24/7 project, not just a job. Life doesn’t stop at nine o’clock when the youth centre closes. In many cases there might be a call at two in the morning. There might be trouble at home or perhaps someone’s been arrested and I go as the appropriate adult because the parents don’t want to go. We work with the most marginalised young people in the community. They are in and out of prison, not in school. If a young person we have worked with gets into trouble and goes to a young offenders’ institution, we’ll keep up the visits. They know St Mary’s is here for them when they come out. I’ve had people who have turned up here with just their prison bag and they say, help me. ‘I need to get into accommodation. I need to go straight. Get me on a course.’ And that’s what we do.”

The centre works with more than one hundred different young people, which produces two hundred interactions a week. They come from Swiss Cottage, Chalk Farm, Gospel Oak, Primrose Hill, King’s Cross and Camden. It might seem that St Mary’s is ideally situated at the centre of this network. But it’s not as simple as that. Because of gang territories, a young person cannot walk from, say, Morrisons straight up Adelaide Road to St Mary’s.

“There are safety issues. They might have to walk to Hampstead, then down Englands Lane. These young people find themselves in situations they can’t get out of. The general public is unaware of what is happening. It all comes down to gang culture. A lot of young people are being attacked. There are stabbings, robberies, a lot more than is documented. We’ll get a call at midnight saying so-and-so has been stabbed and is in hospital, so I’ll go down to the Royal Free or to UCH. I do detached work so I walk around the area and talk to young people regardless of where they come from, build up trust. St Mary’s a now a neutral zone where people from different gangs can come without fear and we can talk, discuss and negotiate.”

St Mary’s does not get any funding from Camden Social Services or the police. Such funding comes with strings attached and Jason needs to be able to negotiate with each young person as an individual with individual needs. Their seedcorn funding comes from John Lyons Charity and Tancroft. They rely on donations and a team of volunteers. Some of these have been in prison and have come back to St Mary’s to pay back for the help they have been given. Without them the project could not work. They help with mentoring, residential courses, getting young people back into education, and also with jobs, football games, health and fitness, music and media and much more.

“The social inclusion project works with the wider community. We have after-school clubs, drop-in sessions, music, CV building. These young people, some as young as 11, are seriously at risk. They find themselves in situations they can’t get out of and we really fight for them to realise that there is a way out before it is too late.”

All very commendable, but how did Jason the 28-year-old community leader with a partner and young daughter become the person he is? He grew up in King’s Cross in a single-parent family with an older sister and a younger brother. By sixteen his mother could not manage and Jason went to live in an adult hostel in Willesden. He continued to go to school but left with only English and Maths qualifications, gained at the third try.

“I was never really in Camden. I was all over London. I had a wide knowledge of what things were going on and that led to me getting in trouble myself. I was in the Willesden hostel from the age of 16 until I was 20, living beside prostitutes and heroin addicts. I would lock myself in my room with the table against the door. Sometimes I’d come back and find my door kicked in and my possessions gone. I was with the wrong crowd. And then I bumped into the leader of the youth club I used to go to in King’s Cross.”

Fortuitous? Maybe. The leader persuaded Jason to go on a two-week volunteering visit to Bangladesh. Jason didn’t realise it at the time, but he had been targeted as ‘at risk’. This was not a life-changing moment. Jason had changed in many ways, but he still had to come back to live in the hostel, without work, among the gangs. The change really happened when the youth club offered Jason a six-month placement, paid employment funded by the Rank Organisation with distance learning as part of the package. In the time Jason was at the youth club, the numbers sky-rocketed. The young people loved him. He was a natural. Then he was asked to apply for the post of youth leader at St Mary’s.

“I said, Nah, I can’t do that. I’d never even filled in an application form before. But I turned up to the interview in my tracksuit – I didn’t have anything else to wear – and there’s a man and a woman in suits with Powerpoint presentations and folders two inches thick. They said, where’s your presentation? All I had was one picture of me with the kids from the club. Mind you, I had laminated it. So I went in and just gabbled away. Then they stopped me and said, ‘Jason, just take it slowly.’ So I did.”

And now Jason has been at St Mary’s for eight years and next year completes his distance learning degree with Canterbury University. The ex gang member has come a long way.
The Mole on the Hill

St Mary’s welcomes any donations to support their work with young people. And volunteers are always welcome. Contact www.stmaryscct.com or [email protected]