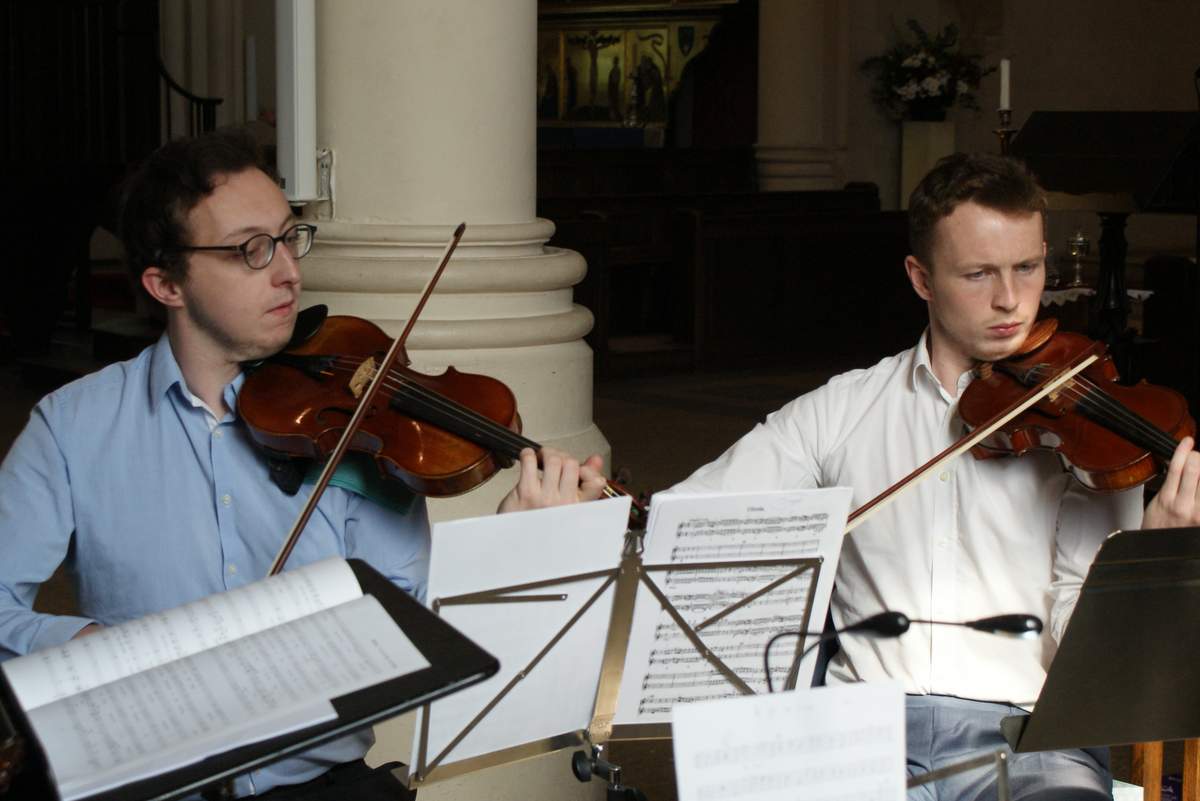 Many readers will know the church of St Mark’s, or the ‘zoo’ church, as it has been affectionately called ever since the Reverend Hugh Stuckey had the idea in the 1930s of hosting garden tea parties in the churchyard for people visiting the zoo.

On The Hill readers will be familiar with its imposing steeple and perhaps also its breathtaking interior by Sir Ninian Comper, which was rebuilt after catastrophic bomb damage during the war. But perhaps fewer will know of the high-quality music that goes on each week at St Mark’s, where the professional choir led by organist Michael Bowden sing everything from Lassus to Lauridsen. Since the 1960s, with the arrival of the Reverend Michael Dean and organist Geoffrey Hanson, St Mark’s has maintained a small professional choir and successive musical directors have continued in this tradition of high musical standards.

Since 2014, St Mark’s has hosted a Summer Music Festival throughout June, showcasing the talents of its own choir and organist, Michael Bowden, but also featuring free concerts given by young aspiring artists and more established ones.

The Festival director, Michael Bowden, in his 10th year as organist of St Mark’s church, and sixth year of the Summer Music Festival, says: “We wanted to throw open the doors of this wonderful church to share our enjoyment of great music in a fantastic space by offering free concerts of both secular and sacred music. The highlight of the festival on 16 June will be a sumptuous affair with a wine reception in the beautiful gardens and the ever-popular Fauré Requiem and Bach’s Cantata 140 with orchestra and chamber choir, The Regent’s Consort and Players. We hope many members of the local community will come who perhaps do not consider themselves ‘churchgoers’ simply to enjoy good music in this magnificent building.”

Each Sunday at 3 pm we will be treated to a free recital. The series begins on 2 June with the vocal ensemble Imperial Gentlemen, all young singers from Imperial College; pianist Peter Jacobs will offer us Scarlatti, Haydn and Schubert on 9 June; the highlight concert will take place on 16 June at 6.30 pm featuring Fauré’s Requiem (there is a ticket charge for this concert);

Then on 23 June the 3 pm concert series continues with young bass Guy Pelly and tenor Justin Soriano presenting solos and duets by Schubert, Quilter, Finzi and Fauré; and the festival concludes on 30 June with Michael Bowden playing the organ with video relay.

The concerts are informal, lasting less than an hour, and visitors are encouraged to pick up a cup of tea at the church garden café and bring it into the cool of the church while they are entertained.

With the regular 10.30 am Sunday morning services offering some of the finest works of twentieth-century English composers ‒ Kenneth Leighton (whose centenary is this year), Vaughan Williams (who lived locally), William Walton, Lennox Berkeley and Brian Kelly ‒ there is something for everyone.