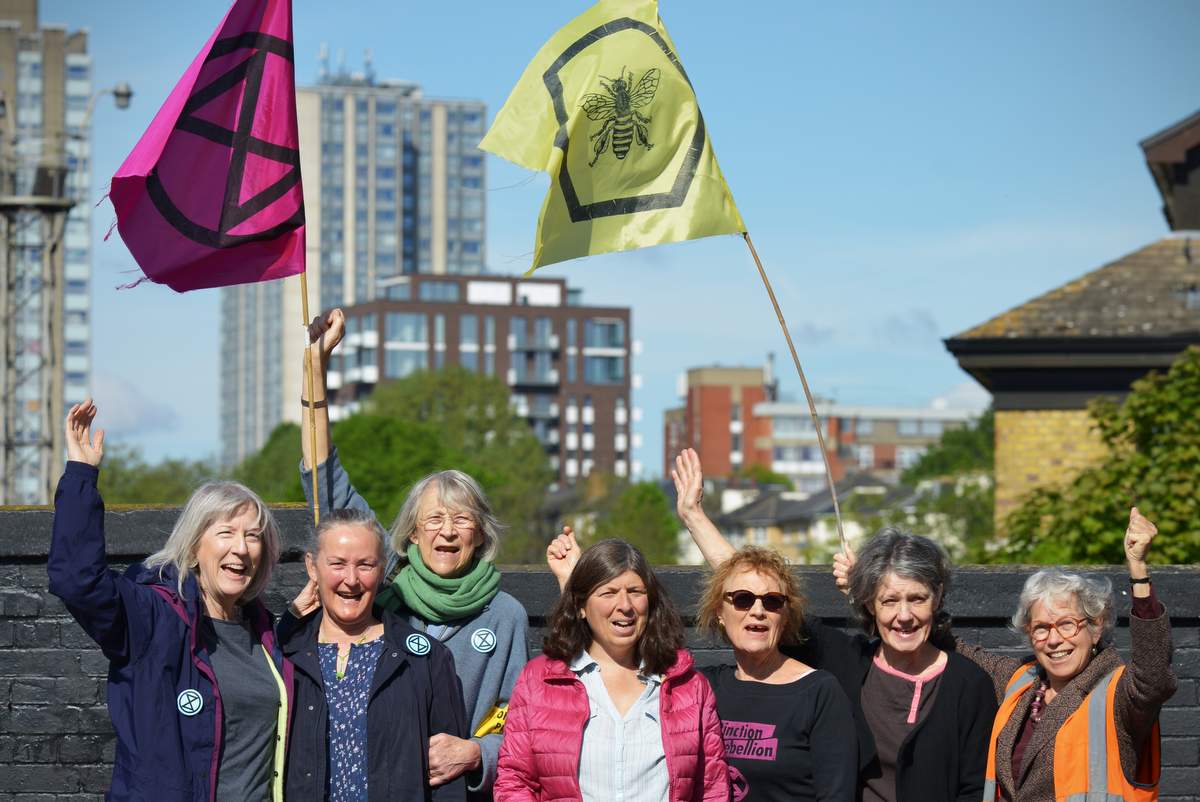 Do you think that the ‘extinction’ in Extinction Rebellion refers to the 1 in 5 British mammals under threat? Are you a mammal? I am afraid – and by that I mean that I really feel terror – that it is humans, including my children and grandchildren, who will not survive.

Runaway climate change will lead to dire consequences including worldwide food shortages in the next ten years, and we shall all be affected wherever we live. It is not just climate change that is the problem, it is ocean acidification, deforestation, toxic pollution, rising sea levels, loss of biodiversity – what scientists call The Anthropocene (the age of damaging human impacts on the planet).

Over the last decade I have marched, written letters, signed petitions, given money, been involved with Camden Air Action and with Transition Primrose Hill doing things at a local level, but nothing seems to get the message over to politicians and the public that the human race is in peril. When I first read about Extinction Rebellion (XR) back in the autumn I felt relieved and energised.

In Primrose Hill we started with the talk ‘Heading for extinction and what to do about it’ at the Library back in February. One of our speakers was a young woman who had given up her job to work full time for XR (the first of many such, all super-impressive, that I have met). Then in March ten people attended a non-violent direct action training day where we learned about legal rights, role-played being arrested and responding to abuse, worked out our beliefs about damage and disruption and how far we would go (only two of us were ready to be arrested) and much more. From this we formed an ‘affinity group’ with assigned roles, such as coordinator and well-being person.

In the run up to 15 April we got together a couple of times, once to make dead canaries out of playdough – there was a call out to make them because of the Irish prime minister saying, “If we were in a coalmine we’d be up to our waists in dead canaries.”

I am not a natural rebel, and to walk out across Oxford Street holding a banner to stop traffic was frightening. But as the days wore on I got used to dancing in the street and sitting on the tarmac. I trained as a legal observer, spent two nights out from 11 pm to 6 am and was at the London Stock Exchange action. Being arrested for obstruction in Parliament Square with Sarah Brook on Easter Sunday was not so frightening: we knew what to expect, and were warned several times so we could have got up and left. I was carried off by four policemen as I shouted at the tourists taking photos, “I’m doing this for my grandchildren!” Very luckily we were taken to West End Central police station, not miles away. When I was released at 5 am I was met with chocolate cake by XR volunteers including lovely Natalie, a lawyer from Manchester, who had been running the kitchen in Parliament Square where we helped chop vegetables.

XR representatives have now met government and opposition politicians to talk about our demands. But make no mistake, we shall all have to support each other to change our way of life in unimaginable ways, whether to reduce our carbon emissions or to cope with the consequences of not doing so.