Dreams Really Do Come True – The Albert is Back 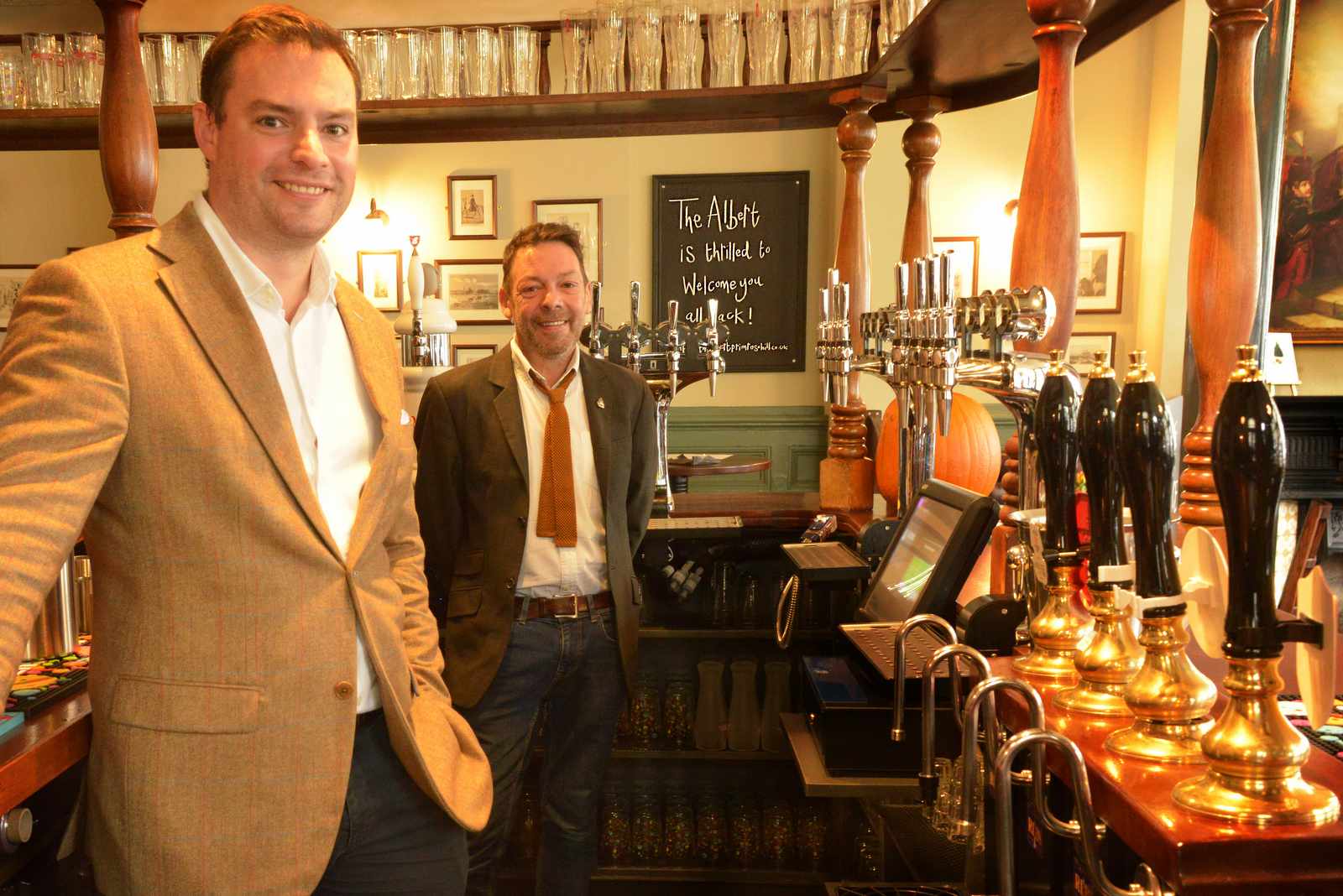 30 October 2020: a date to go down in Primrose Hill history. The Albert, closed and standing forlorn on his corner of Princess Road for almost six years, was finally resurrected and allowed to breathe again, his doors opened to a changed world, but one to which he has always adapted since his inception in 1846.

On this auspicious day members of the community gathered together safely to celebrate our beloved pub becoming part of the fabric of life in the village again. Proprietor Sam Moss and his team extended a warm welcome to everybody, including special guest and local resident Andrew Marr, who cut the official launch ribbon and announced in front of a visibly euphoric crowd, “There are many honours in life, like appearing on Desert Island Discs or getting the Order of Merit, but there is no greater honour than declaring The Albert open.”

Since its abrupt closure in 2014, the much-loved venue has been the subject of dedicated local campaigning as well as much speculation. Initially it was feared that the ground floor and basement could be turned into flats, but a concerted and unwavering effort by residents, ward councillors, the Primrose Hill Community Association and Conservation Advisory Committee thwarted any such plans from going ahead. Legal protections were put in place to preserve the pub and its beautiful, spacious garden, which had also been under threat of being lost to housing.

All the ducks were in a row, but what The Albert really needed was a great proprietor. Step in Sam Moss…

Sam is a talented and experienced pub operator with years in the business, his own brewery in Leeds and local connections; he successfully launched The Haverstock Tavern in Steeles Village last year.
I interviewed Sam for this magazine in May 2019 about his vision for The Albert, and was struck by his innate understanding of what constitutes a real community pub. He told me, “We are passionate about creating a place where people feel at home and can appreciate the gorgeous interior of this building that is steeped in local history.”

After a longer-than-anticipated journey through lease negotiations, Sam kept the faith and achieved exactly what we hoped he would: a perfect marriage between The Albert we all knew and the one he should naturally become. The layout, decor and ambience are a perfect tie between past, present and future, carried out with immaculate care and attention to detail. A new ‘state of the art’ kitchen has been installed in the lower ground floor, along with rearrangements to the toilet facilities that now provide for an accessible WC at ground floor level. The conservatory has been reconfigured into a series of intimate, separate and comfortable spaces, ideal for safe get-togethers. The garden is on track to becoming a wonderful haven for glorious, sun-drenched days next year, but in the meantime heaters are to be provided!

At the official opening ceremony a nearby resident was quick to comment, “It’s so great to see the lights on again after all this time, to feel the warmth and energy of the pub and indeed the street being alive!”
Another told me, “I love the pub being back open because it will make this whole area safer from crime, which had rocketed while the place was in darkness for so long.”

One particularly impressed guest said, “Fabulous, wonderful, terrific, tremendous news!” while steadfast campaigner for the reinstatement of the pub, Matthew Wright, added, “See you there on Friday evening, in a socially distanced way of course!”

In these unchartered times, it’s important to note that a familiar face or a careful hello to somebody can make all the difference to them and to you, but that may be a thing that can only happen in a public space. “There’s No Place Like Home” has become a street, a park, a local high street or a public house.

It’s been a long haul, but worth every moment of investment in time and effort to see The Albert back open and in good hands. I can finally see a glass half empty change to a glass half full.