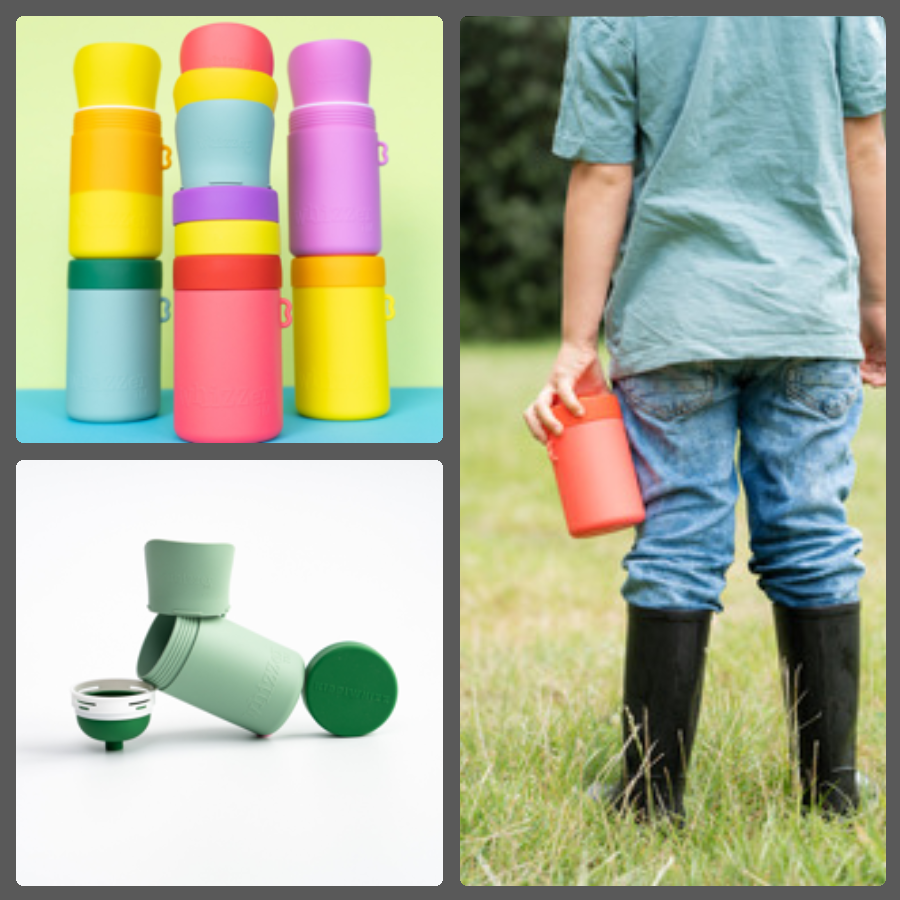 Zoë Chapman demonstrates what can be achieved with a bit of imagination and tenacity.

Earlier this year, Camden resident Zoë Chapman launched her innovative invention, the Whizzer, to glowing reviews and parental relief. Her product is a unisex hand-held portable toilet for kids, which she designed after struggling to find a solution for her potty-training son, whilst also caring for her bed-bound and incontinent father.

Zoë’s plans for the product are huge, taking in the medical needs of children with both physical disabilities and mental/emotional disorders when it comes to the simple task of going to the toilet. Although she has only launched the product recently, Zoë has already been able to support children with sensory disorders and even a double amputee, plus all those struggling with potty training on the go.

Zoe is a lifelong Camden resident who became homeless at the age of 16; and yet she managed to keep up attendance at Parliament Hill School, where she surprised teachers by making it not only to LaSWAP sixth form college, but then on to Westminster University. This is testament to her guts and determination, considering the challenges of battling mental illness, regular hospitalisations, domestic abuse and the trauma of caring for her paralysed father with no financial or emotional support.

Now aged 36, Zoë is the single mother of a 9-year-old at Primrose Hill School, while currently juggling every aspect of the business alone. She is tipped to have dreamt up one of the most innovative children’s products and so is looking for investment to take it further. So far she has received great support from the local council and government-funded schemes; she is being used by both Camden Council Business services and the local Mayor as a shining example of what can be achieved through government-backed programmes and hard work. They are hoping to encourage other local residents to follow a similar path, although seeing her face pop up in Camden Council advertisements has been slightly disconcerting!

The success of the product has gone from strength to strength, thanks to Zoe’s dedicated work ethic and relentless determination. After taking advantage of business courses funded by Camden Council, she was able to gain the confidence and support to turn what was still just a design on paper in October 2020 into a sell-out product which has now been award-nominated and earned her mentorship with JP Morgan, and been adopted by the Capital Enterprise Accelerator programme.

Zoe has always supported her local community and has plans to give back to local nurseries and her church, St Mary’s Primrose Hill. She has a pilot scheme planned for nurseries to sell the product directly, allowing them to raise money from the sales. Given the incredible charity work done by St Mary’s Church, she is hoping a similar arrangement will help raise money for them too.

Over the coming months, the Whizzer will be featured in national publications and promoted by celebrities: both children’s champion Giovanna Fletcher and BBC presenter Julia Bradbury are already fans of this ingenious device.

If you wish to make a purchase and also donate 15% to St Mary’s church you can add the code STMARYS15. There is also the option to donate a Whizzer on the website which will go to a child with a disability. If multiple Whizzers are donated they will go to the Wish foundation or similar charity Zoë is working to support.