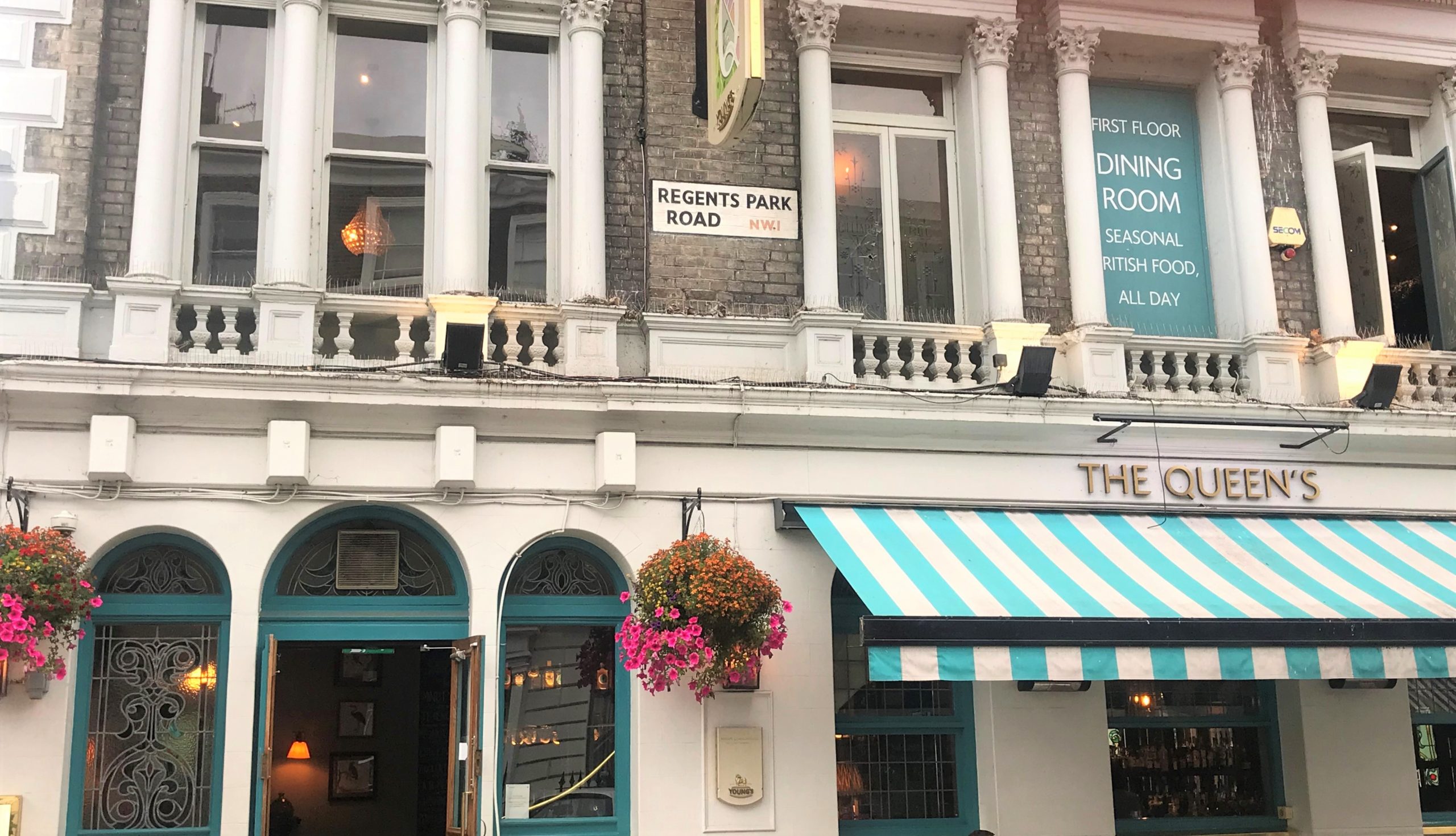 Frances Howe gives a perspective on Primrose Hill from the other side of the bar.

I’ve spent almost three years pulling pints behind the bar at The Queen’s on Regent’s Park Road. Ironically, I had only tried beer on one occasion before starting the job almost three years ago. I was eighteen and found myself in London after deciding to put my university degree in Australia on hold. I managed to get the job through my sister who had worked at The Queen’s and had left a good impression on the new general manager. I didn’t realise at the time that the pub would become my home away from home, nor that it would remain that way even after three years abroad.

Anyone who works in hospitality knows that the job can be incredibly social. When you have a whole team that is working full time, it can feel like you practically live together. The turnover rate for hospitality jobs can be pretty high and so you are afforded the opportunity to mingle with people from all walks of life. David Nicholls beautifully described the kinds of people who work hospitality jobs in his 2009 novel One Day. In the novel, one character asks the lead Emma what her ‘stroke’ is. He says that everyone who works in the restaurant has a ‘stroke’, whether that be waitress-stroke-artist or waitress-stroke-comedian. Throughout my time at The Queen’s, I’ve encountered bar staff-stroke-rock-star, bartender-stroke-fashion designer, bartender-stroke-DJ and bartender-stroke-filmmaker. I’ve worked alongside people from Italy, Bulgaria, Canada and Denmark and am proud to call them all friends, staying in touch even when they leave the job.

When you have a whole team that is working full time, it can feel like you practically live together

The other social side of the job is getting to know the locals. We have such a beautiful group of people that we are proud to call locals at The Queen’s. Over the years I have had the opportunity to listen to their stories, their jokes and their advice. I’ve heard stories about Glastonbury Festival before it was even called Glastonbury, about fighting in wars overseas and about life in Primrose Hill over the years. I’ve been given advice on my degree, how to solve cryptic crosswords, DIY projects and have even been helped with moving house! (Thank you, Glenn.) It is a beautiful thing getting to come into work and see familiar faces, especially when I find myself in a city that is so far from familiar to me.

I’ve also thoroughly enjoyed getting to play small parts in the lives of strangers who pass through our doors. On a few occasions, I’ve been able to serve the first glass of champagne to couples after they got engaged on the top of Primrose Hill. I’ve played a part in many Christmas parties, birthdays, family reunions and weddings. I’ve met a few of the pub’s past managers who come back to visit and reminisce on the good and the bad. I’ve even met a few who used to work behind the bar and heard their stories of drinking secretly on shift during their university holidays in the 1980s.

Now that I’m twenty-one and certainly had quite a lot more than just a taste of beer, I look back on my experience thus far at The Queen’s with warmth. I know I won’t get to hang out behind the bar forever, but for now that’s where I find myself most days of the week. It’s not quite home but it’s so much more than just a job, and I’m grateful every day to have landed it despite my obvious inexperience all that time ago.