Arthur Rackham on the Antiques Roadshow 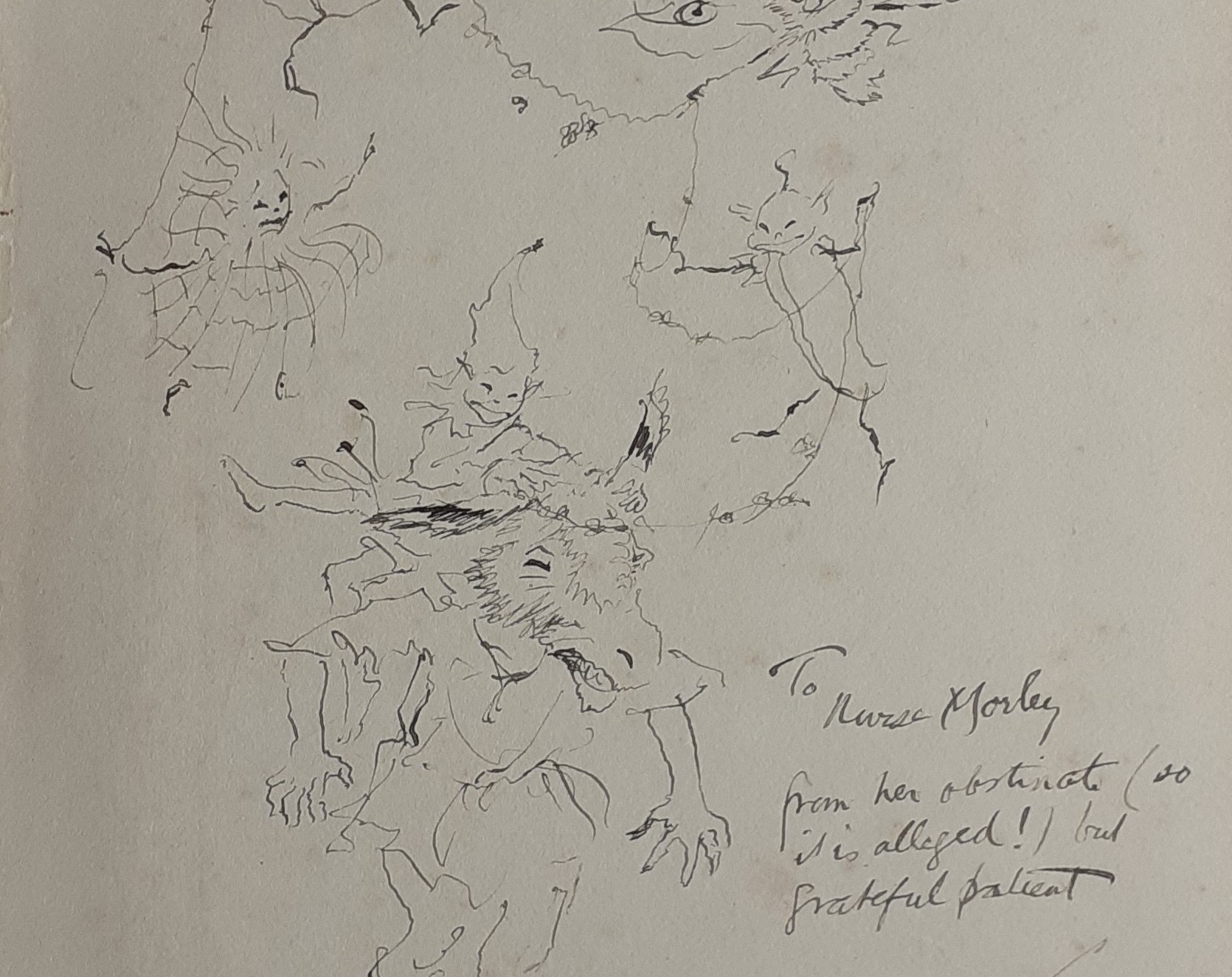 In our June issue of On The Hill we ran an article about a 1929 copy of A Midsummer Night’s Dream which Arthur Rackham illustrated. In 1938, a year before he died, Arthur Rackham gave a copy of this book to Marjorie (Madge) Morley who nursed him at his home off England’s Lane.

Arthur Rackham signed the book for Madge, and also wrote her a message and added one of his fairy-like sketches on the inside of the cover.

To Nurse Morley, from her obstinate (so it is alleged!) but grateful patient. Arthur Rackham

Madge was the only one of five sisters who never married, instead she devoted her life to nursing. When Madge died, the book was left to her sister, who in turn passed it down to her son, Dave Burgess. When Dave received the book, around 20 years ago, he knew nothing of Arthur Rackham. But he kept the book, still wrapped in its Christmas paper.

In September, when the Antiques Roadshow came to his home town of Cardiff, Dave took his book along to have it valued. They loved the ‘spikey, ghoulish and gothic’ drawing, and valued the book highly. Check out the episode on BBC i-player to see the episode.