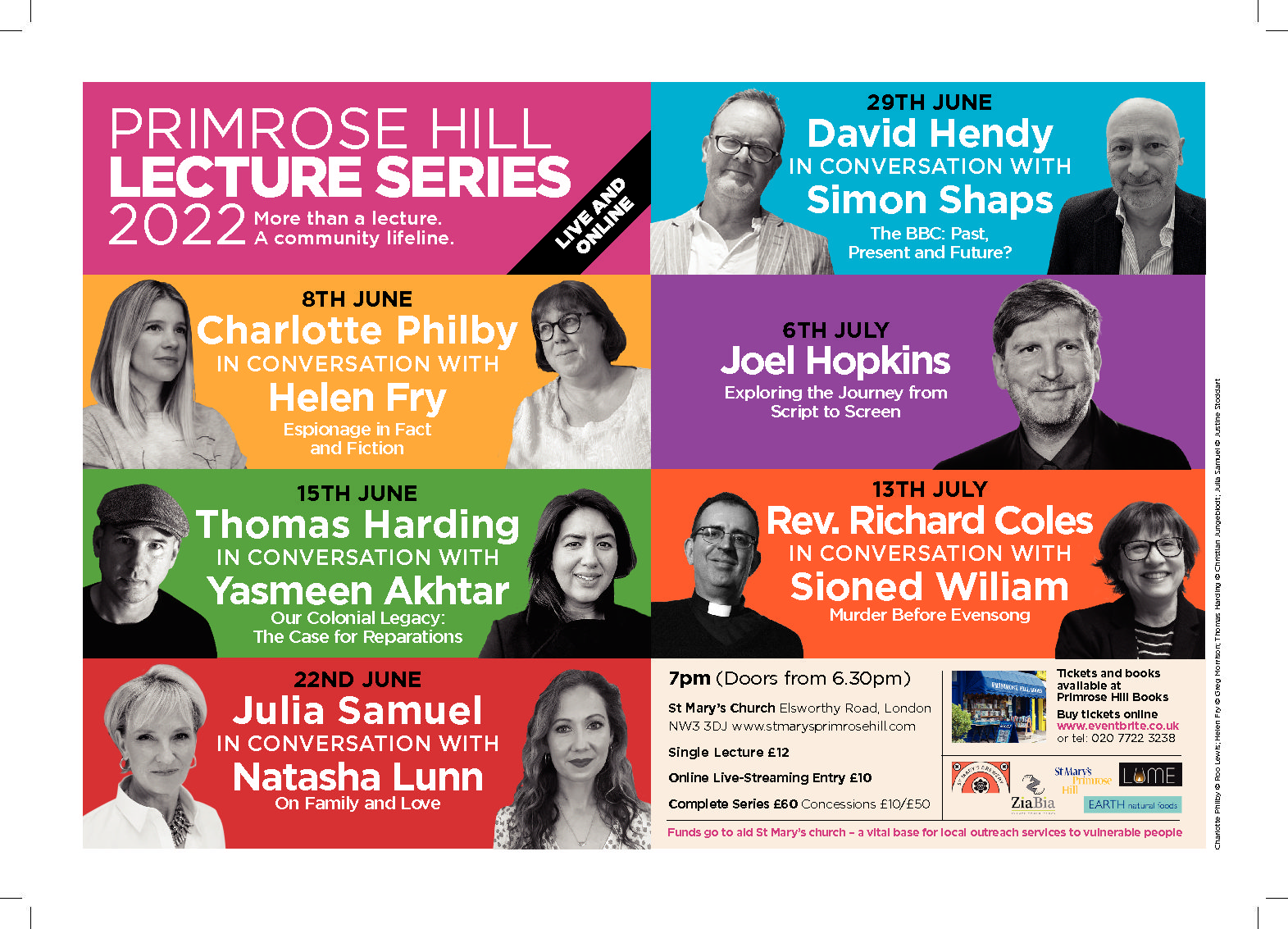 In June 1934, Kim Philby met his Soviet handler, the spy Arnold Deutsch. The woman who introduced them was Edith Tudor-Hart. She changed the course of 20th-century history and was then written out of it.

Charlotte Philby, the granddaughter of Kim Philby has drawn on the secret intelligence files of Edith Tudor-Hart, alongside the private archive letters of her grandfather to create the novel Edith and Kim, which tells the true story of the woman behind the Third Man.

Charlotte will be in conversation with historian and author Helen Fry whose work covers British intelligence, spies and espionage.

White Debt: The Demerara Uprising and Britain’s Legacy of Slavery

When Thomas Harding discovered his mother’s family had made money from slave plantations, he embarked on a quest to learn more about Britain’s role in slavery. In his book, White Debt: The Demerara Uprising and Britain’s Legacy of Slavery he tells the story of the uprising in the British colony of Demerara (now Guyana), and how it grew to become a key moment in the abolition of slavery across the Empire. He will be in conversation with Yasmeen Akhtar, the CEO of inchange, a cutting edge change agency which focuses on identifying deep rooted patterns of power within systems and organisations. Together they will explore the need to examine the cultural, political and moral legacy of this dark period of British colonial history.

Julia Samuel on Family and Love

Psychotherapist Julia Samuel, described by The Times as ‘a sort of human oxytocin’, explores the role of family in her latest book Every Family has a Story: How We Inherit Love and Loss. Julia analyses common threads, such as step-relations, leaving home, separation, trauma and loss. She offers twelve touchstones for family wellbeing – from fighting productively to making time for rituals – and provides the tools to face challenges together. Julia offers an honest and compassionate meditation on what we inherit and how we can create the families we wish for. She will be in conversation with journalist and author Natasha Lunn whose book, Conversations on Love sets out to understand how relationships work and evolve over a lifetime.

What the BBC says about Britain – Past, Present and Future

To celebrate the centenary of the BBC, professor and historian David Hendy has traced the history of the BBC from its maverick beginnings to the present day. Using what had been a weapon of war – Marconi’s wireless – technology was transformed for the good of humanity. David Hendy records the evolution of the BBC through war, the creation of television, changing public taste, austerity, cultural change and the current competition with the internet and streaming services. His book, In the BBC: A People’s History outlines the global institution which defines Britain, and reflects on the past century of human history. David will be in conversation with Simon Shaps, a British television executive and producer, and former ITV Director of Television.

The Journey from Script to Screen

Local director Joel Hopkins is known for a number of films including Jump Tomorrow for which he was nominated two British Independent Film Awards and a 2002 BAFTA Award for the Most Promising Newcomer. Joel wrote Last Chance Harvey for Emma Thompson and Dustin Hoffman and his next film, The Love Punch again starred Emma Thompson, with Pierce Brosnan. His most recent film, Hampstead was based on the real life events of Harry Hallowes who claimed ownership of a small plot of land on Hampstead Heath, where he constructed a dwelling, and eventually won the legal right to remain there.

Reverend Richard Coles is an Anglican priest in a Northamptonshire village, where two of his ancestors were vicars in the seventeenth century. In a complete turnaround, Richard was also the saxophone player in the 1983 band Bronski Beat, which he left to form the Communards with Jimmy Somerville. Described as ‘Britain’s most famous vicar’, Richard was a contestant in Strictly Come Dancing in 2017and the inspiration for the main character in the BBC comedy Rev. He is co-presenter of BBC Radio 4’s Saturday Live, a frequent guest panellist on shows and author of a number of books, including his novel, Murder Before Evensong. He will be in conversation with Sioned Wiliam, a comedy producer and currently the commissioning editor for BBC Radio 4